So this weekend was the Waste Management Phoenix Open at TPC Scottsdale. It’s best known for being the biggest drunk fest on the PGA Tour schedule and it all culminates on the 16th hole that’s just surrounded by drunken madness. And because of all that, we dubbed it the #StoolieOpen (on the Fore Play podcast. Subscribe on iTunes or PodcastOne). This will shock you bu the place is CRAWLING with Stoolies every single year. 2017 was no different. Stoolies sent in a bunch of stuff so I decided to put together a quick recap blog. 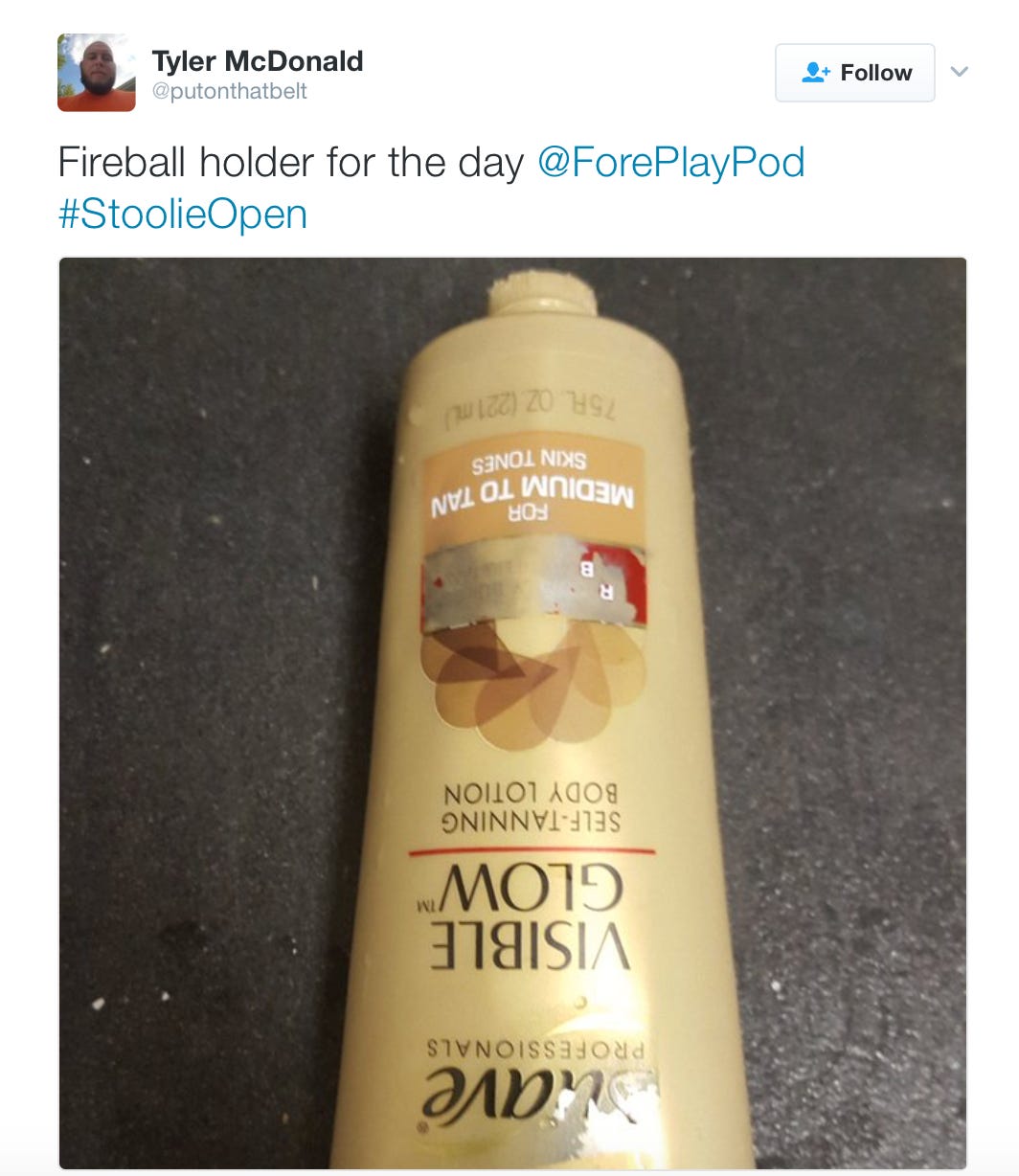 This guy gets it 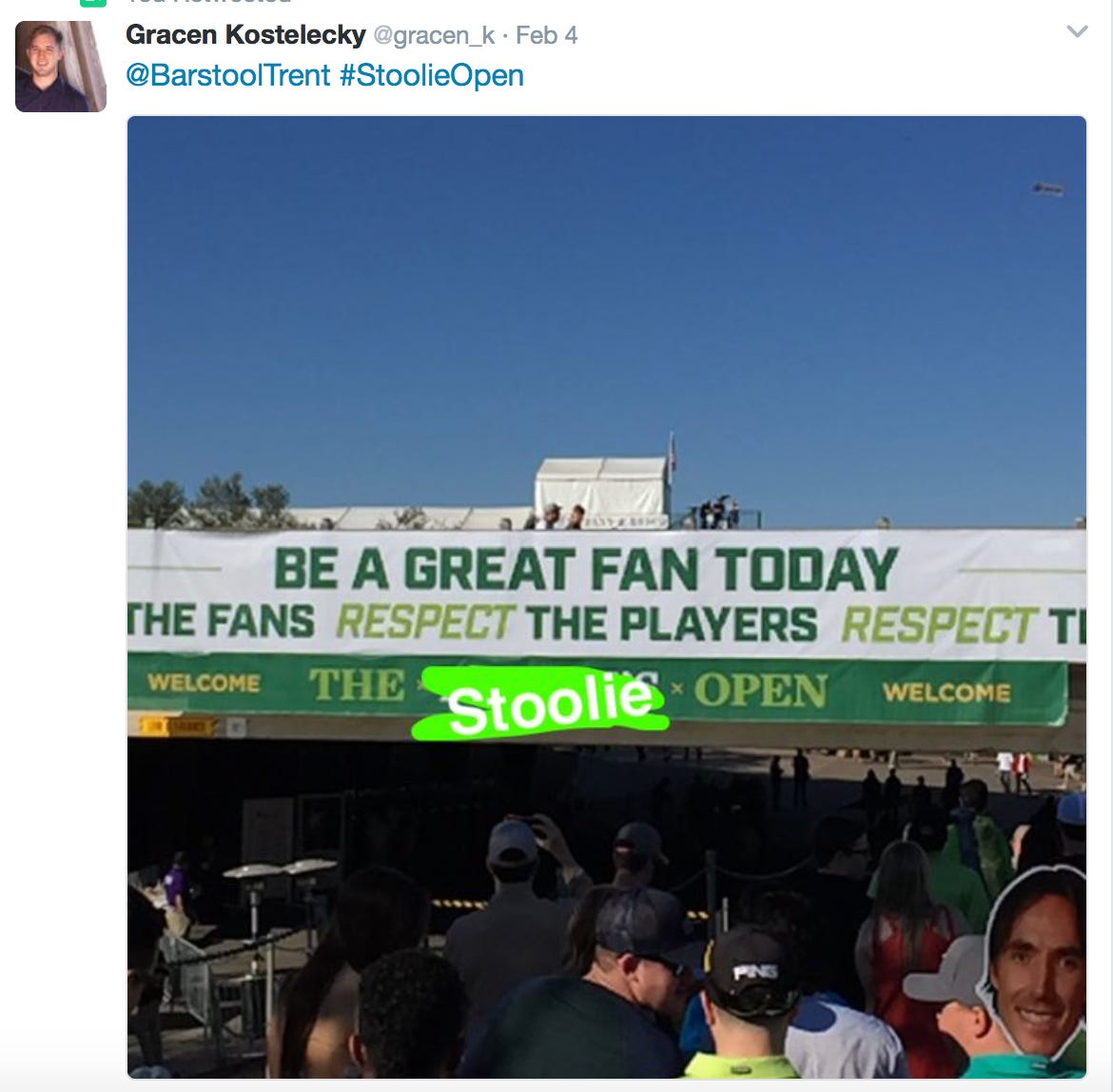 So does this chick. Go hard or go home 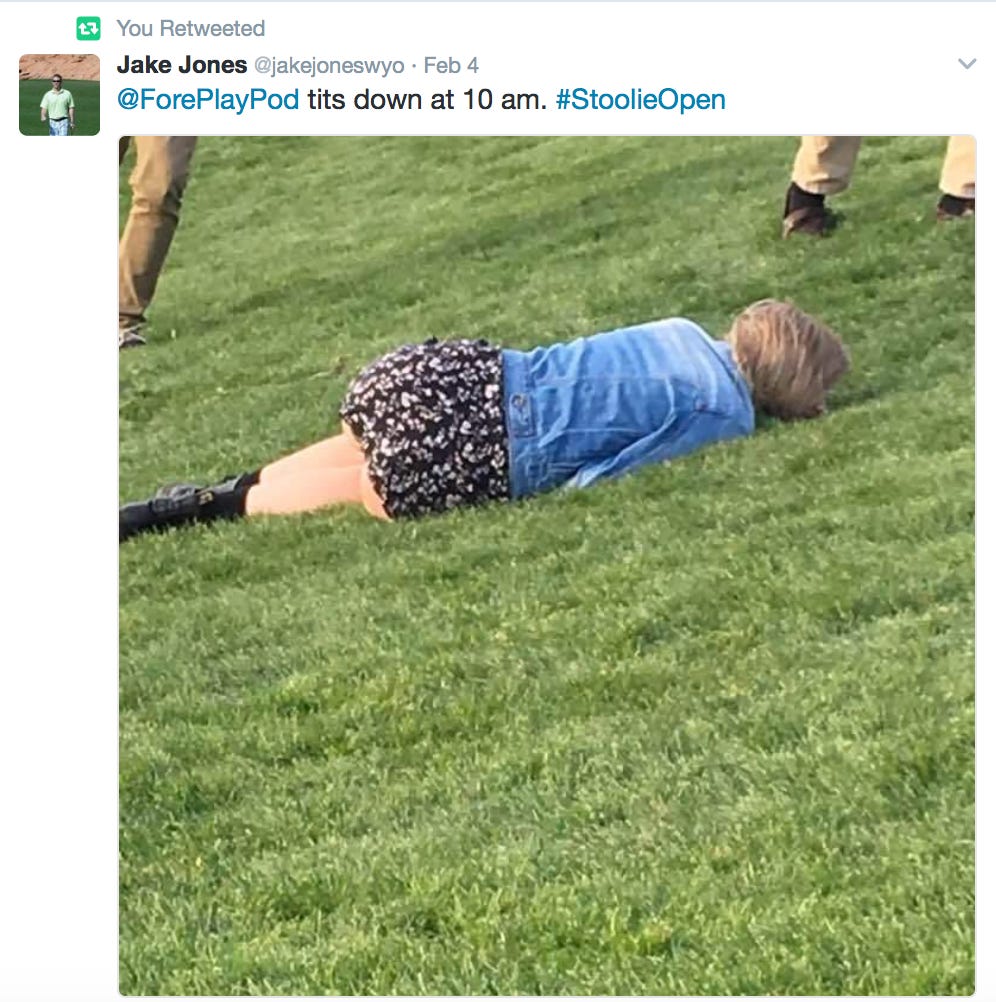 #MakeSundaysGreatAgain was represented REAL well at the #StoolieOpen (BUY A SHIRT) 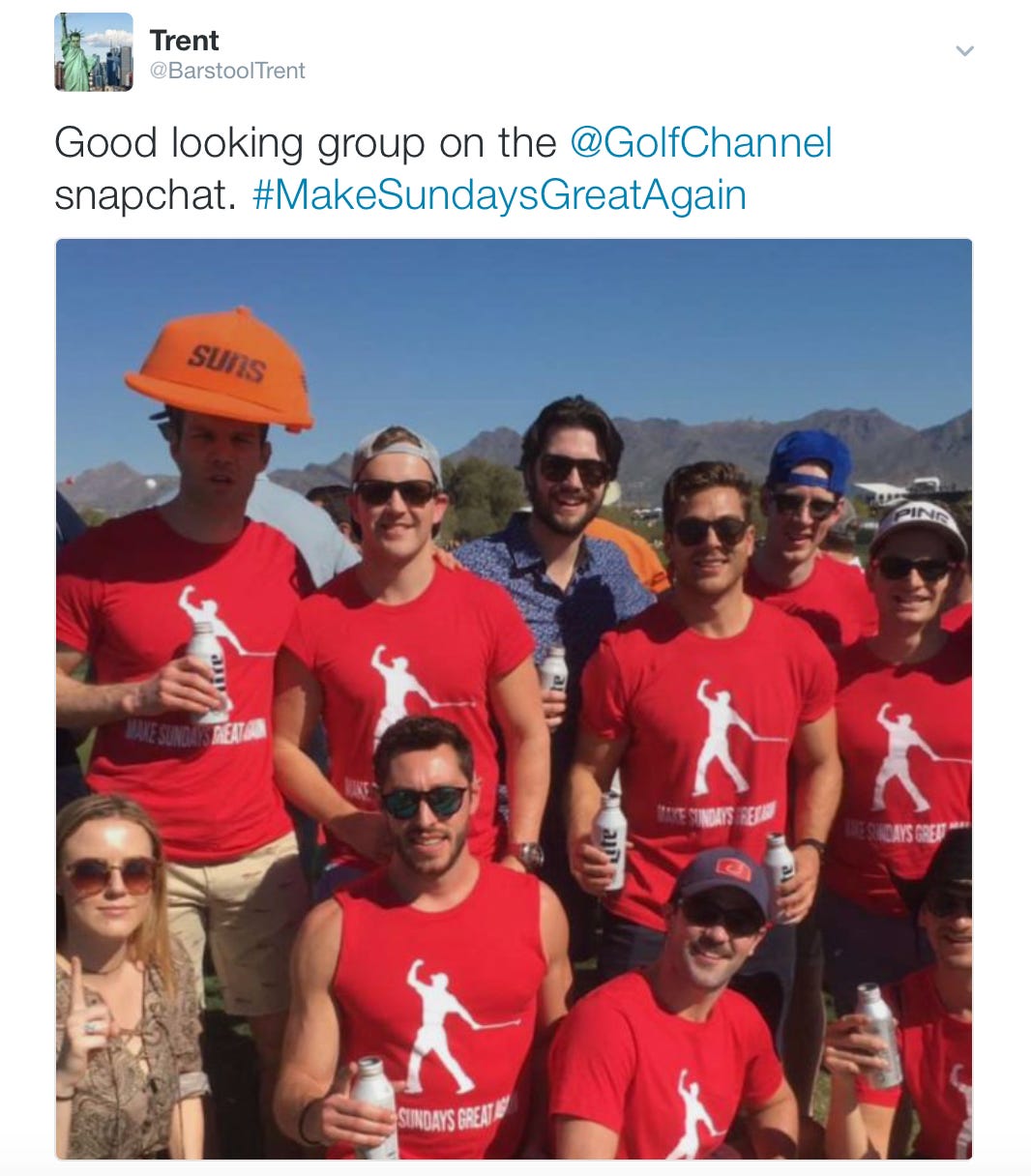 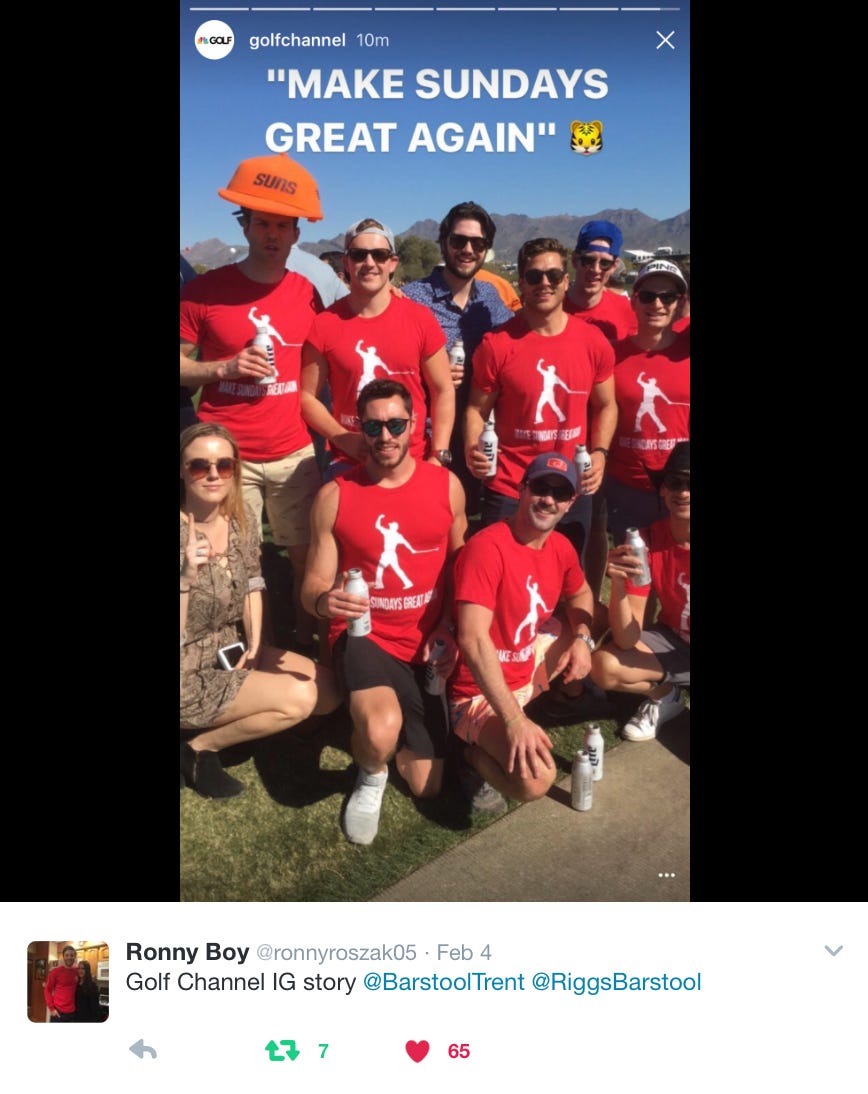 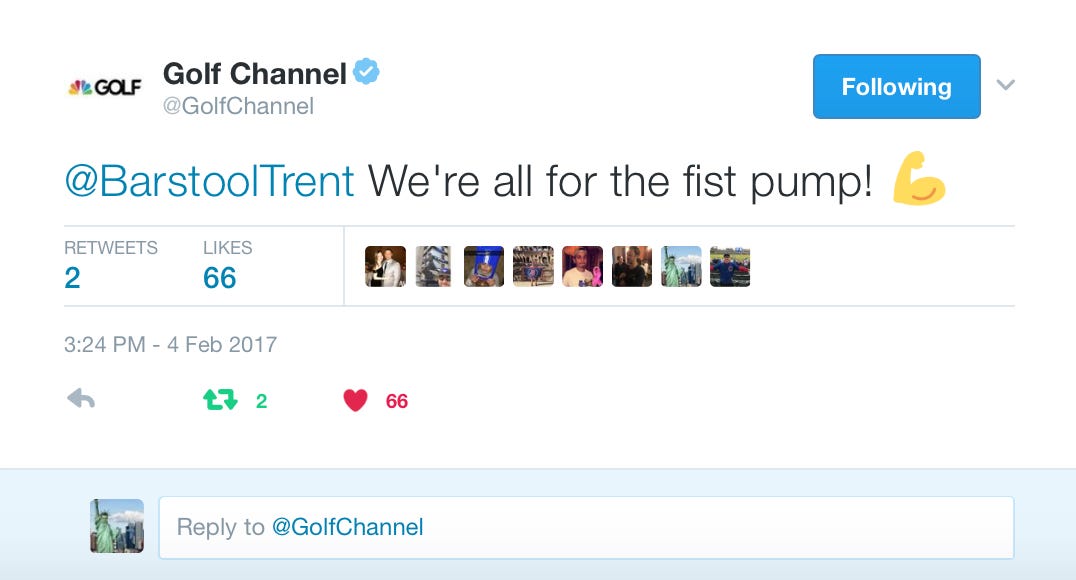 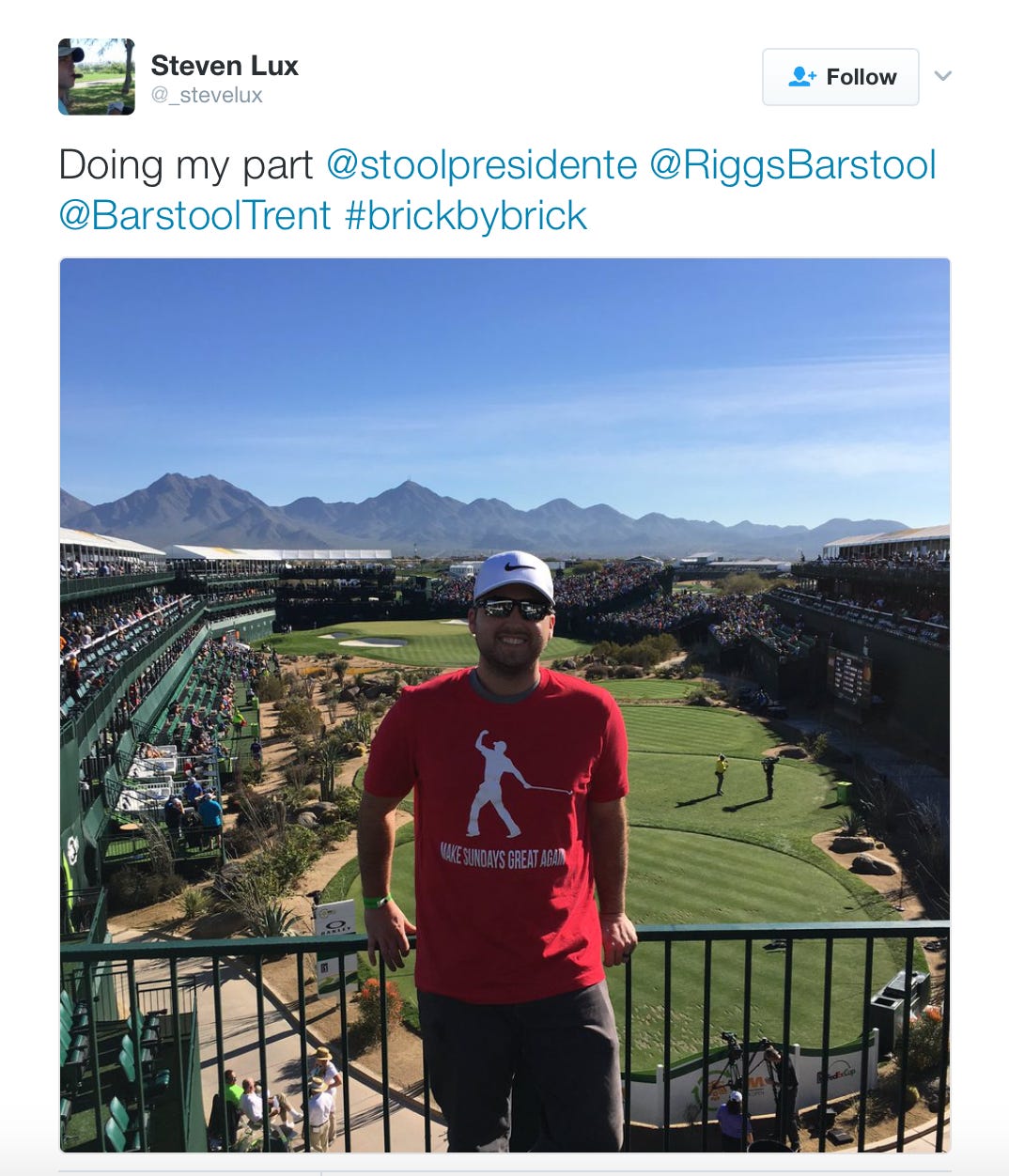 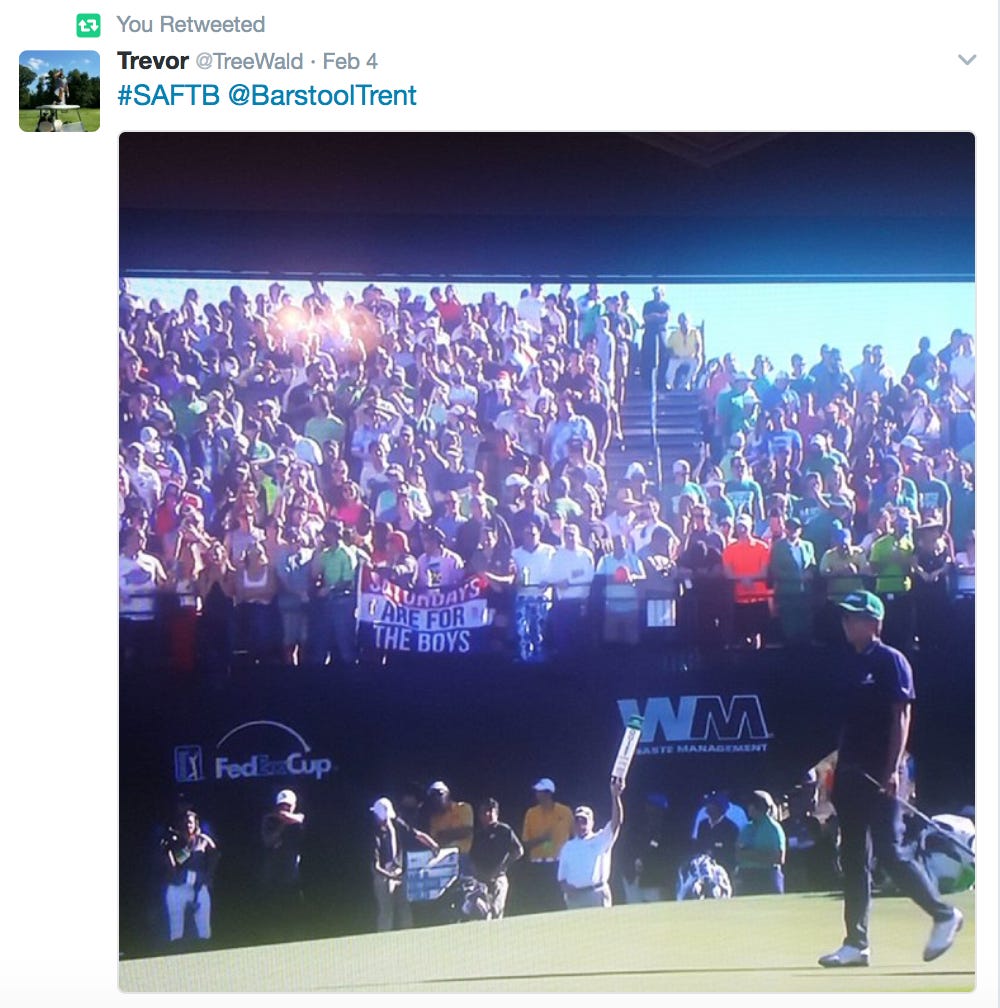 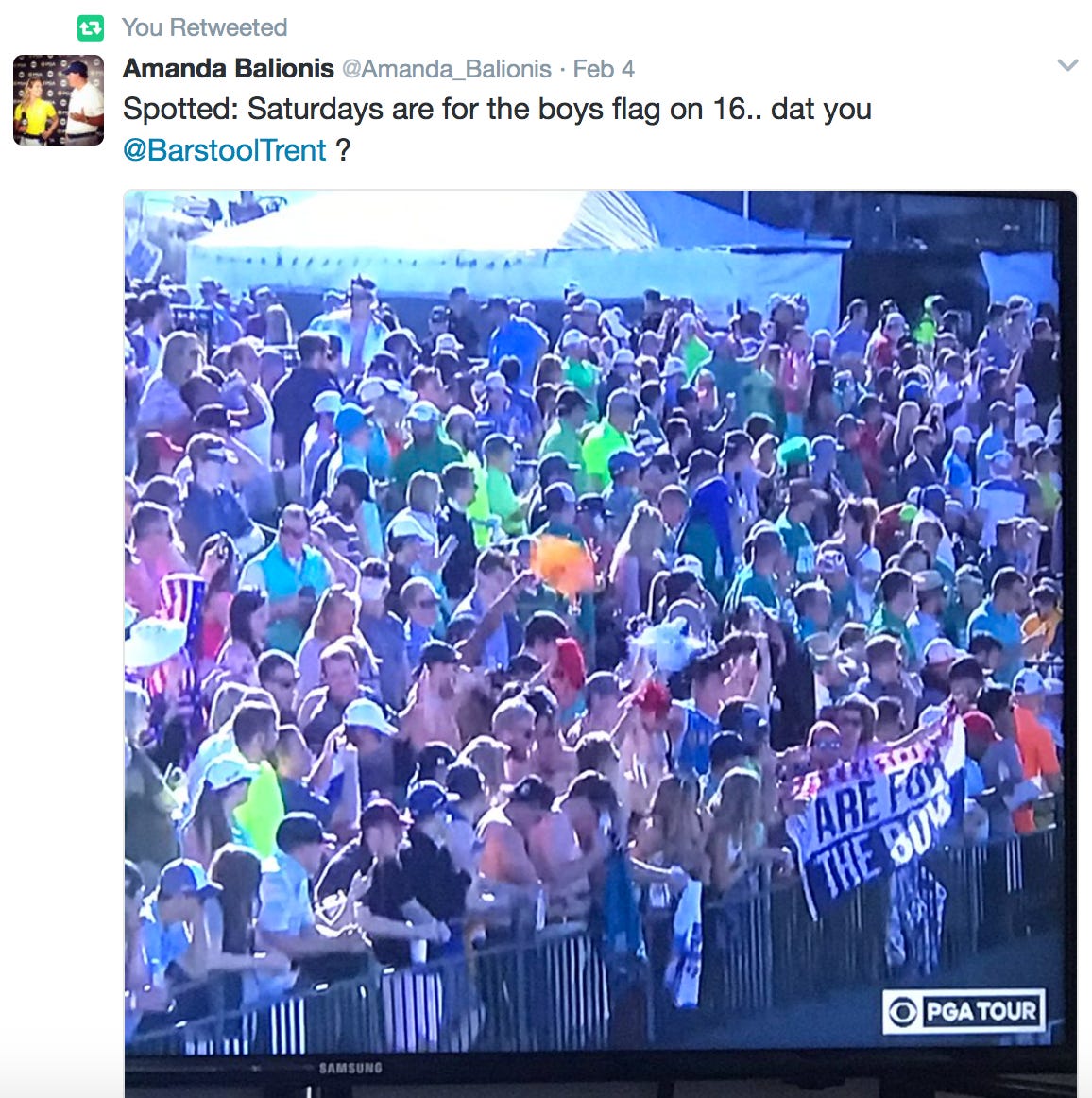 Even a little John Daly action 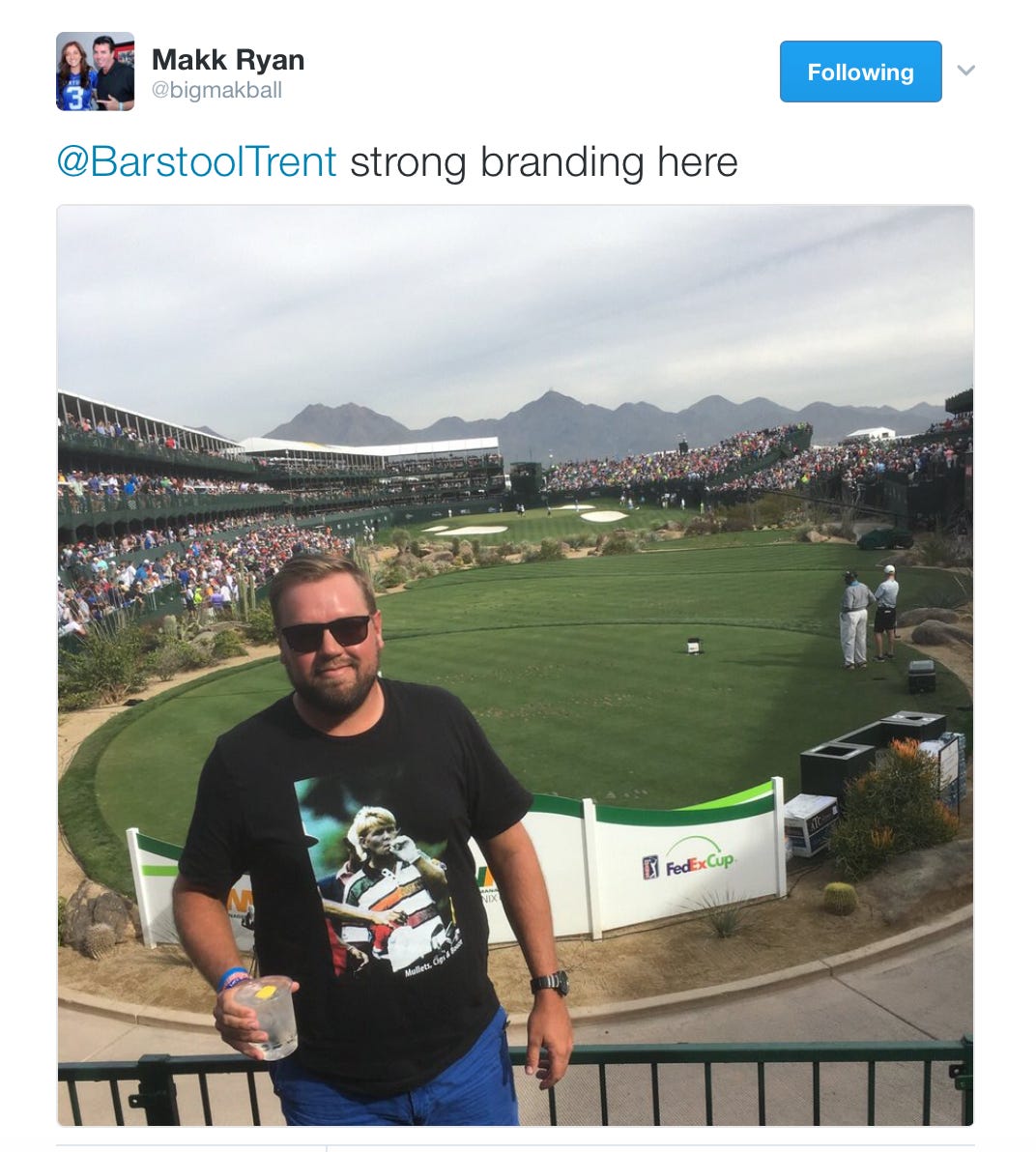 And that’s that. the 2017 WMPO (#StoolieOpen) is a wrap. Debauchery as far as the eye can see.