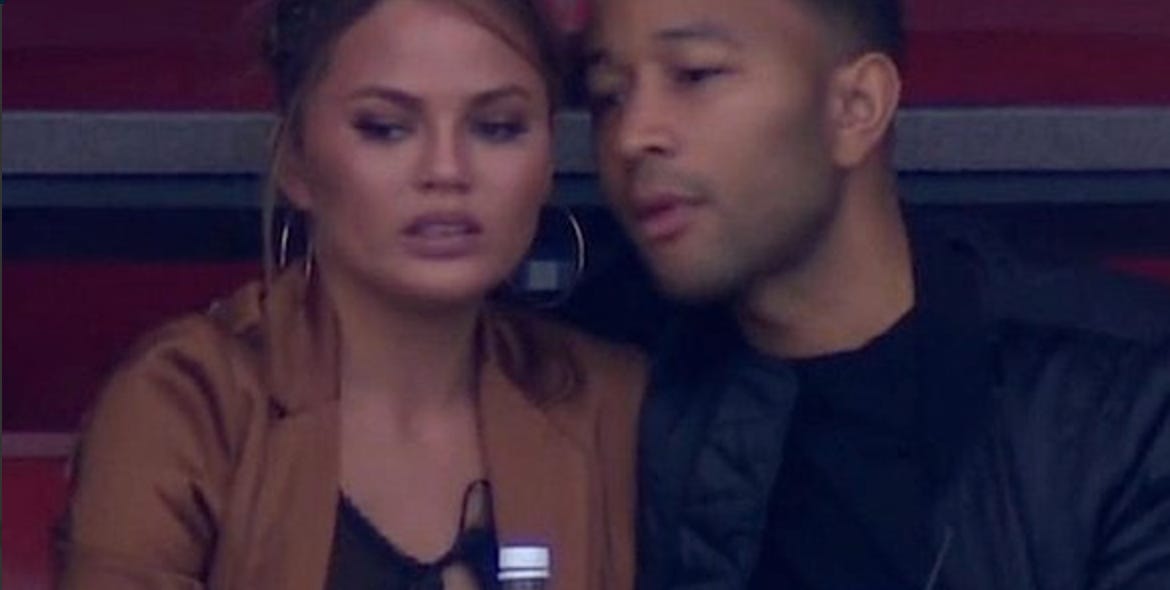 So last night was the Super Bowl in case you didn’t know. The Patriots won in a blow out. Anyway. Fox did the normal thing where they hop around and show what celebrities are in attendance. You had your normal cast of Boston characters like Mark Wahlberg and Gisele and blah blah blah. Then they showed the internet’s favorite couple, Chrissy Teigen and John Legend. It was adorable becasue everything they do is adorable and even if it wasn’t adorable people would’ve said it was adorable. But we got a little more than that. We got ourselves a nipple! A Chrissy Teigen nipple. Nobody does nipples like the Super Bowl does nipples. Think about it. That nipple didn’t just get caught by a camera. It got caught by a camera that MILLIONS upon MILLIONS of people were watching. More people saw that nipple than will see most things. Pretty wild to think about. By the way, that was no accident. She knew that the cameras were gonna cut to the celebrities in attendance and she just so happened to wear a see through top? Doubt it. Not hatin’. Just statin’ (facts).

She reacted with a Boom Goes The Dynamite reference

Then she got drunk, ate pizza and did Chrissy Teigen things