Aides in the White House confer in the dark because they cannot figure out how to operate the light switches https://t.co/pqQjCmwiBK

NYT — President Trump loves to set the day’s narrative at dawn, but the deeper story of his White House is best told at night.

Aides confer in the dark because they cannot figure out how to operate the light switches in the cabinet room. Visitors conclude their meetings and then wander around, testing doorknobs until finding one that leads to an exit. In a darkened, mostly empty West Wing, Mr. Trump’s provocative chief strategist, Stephen K. Bannon, finishes another 16-hour day planning new lines of attack.

lol. Love how the White House is now being run like Barstool HQ. There was a solid 3 or 4 week stretch where whoever got into the office before office manager Brett had to work in the dark because we didn’t know how to turn on the lights. And as one of those people I can tell you that not knowing how to turn on lights is a) very emasculating, and b) not something you’re willing to commit a ton of time to. You try the usual suspects (the wall near the door) and if something around there doesn’t do it you just give up and move on. In the dark it is.

The White House is so Barstool HQ-ish now that I’m wondering if you just show up as an intern if they’ll give you a seat in the cabinet room and maybe after you help out as a prop on a Facebook Live they promote you to full time. Like if I sent Robbie down there I’m pretty sure he could be Senior Counsel by the time Spring rolls in. Flip on a few lights or figure out how to get in and out of rooms and boom, Robbie’s in. 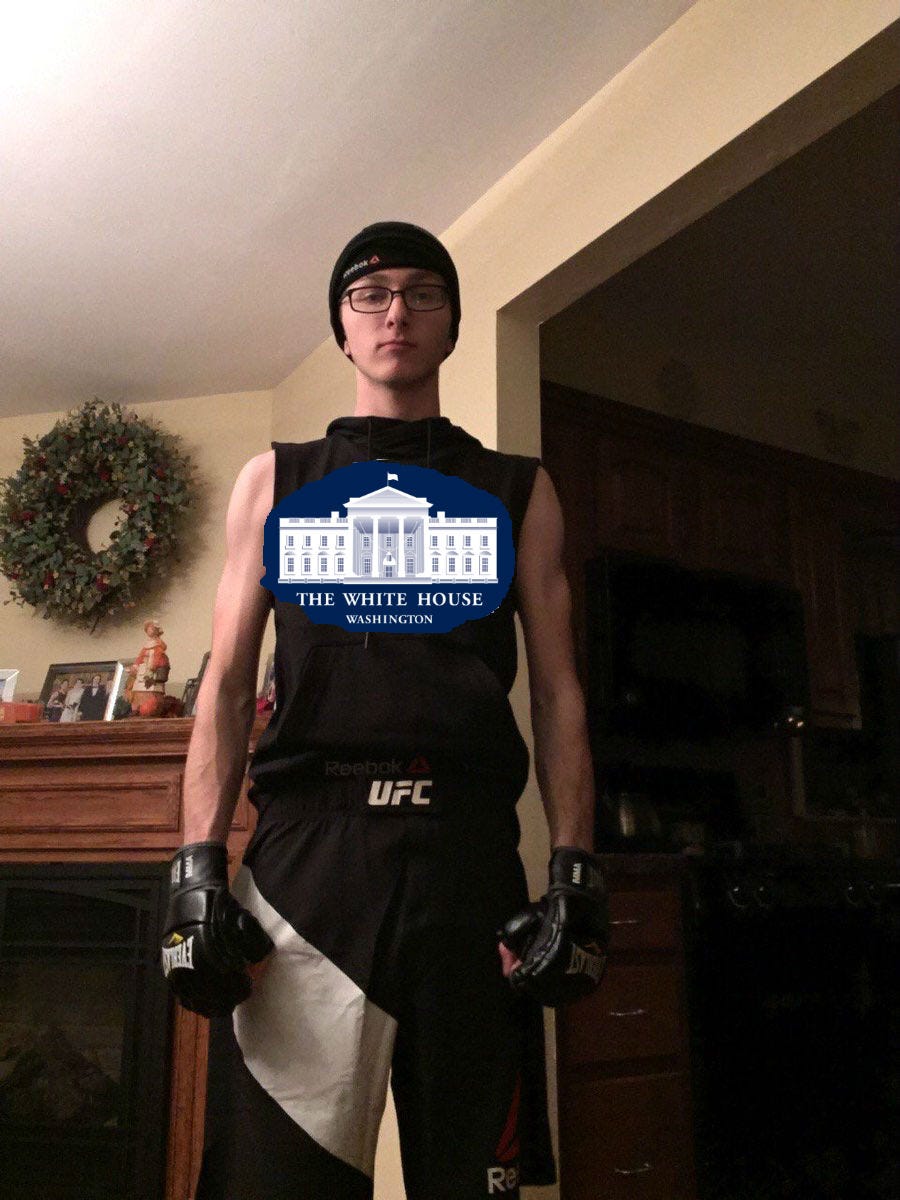 I hate (love) to continuously make “West Wing” references, but if you look at how intensely CJ, Toby and Sam (WH communications team) focused on the White House message and public image, and compare that to stories like this and to Fallon’s point about blatantly not foreseeing the metaphor, it’s a stark, stark contrast. That’s not necessarily a bad thing, as Trump and the Trump team have succeeded and conquered painting themselves as outsiders, and with that will expectedly come growing pains and an observable learning curve. Every administration goes through some degree of a public-facing learning curve (it’s like having a kid — no one knows how to be a parent until you’re just a parent).

But whether outsiders or not, White House aides working in the dark because they don’t know how to turn on the lights in the cabinet room is amazing. And hilarious.