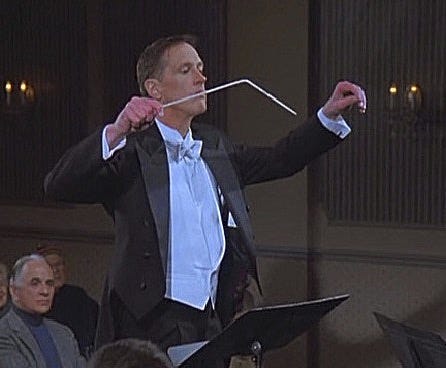 Sorry for showing up late to the blog. I had a busy week of rehearsals and a late night with a Shostakovich symphony yesterday. I woke up hung over this morning and noticed my inbox smashed with concern from friends about my pick for the national anthem. Done by your influence no doubt. Thanks for that. It’s rather intimidating to see such a response. I’m just a person. If Barstool Nation needs my analysis on this situation, then perform I must…

As luck would have it, I took a new gig assisting with a university marching band, and we work closely with the athletics and sports media departments. The business of producing a football game is a very well planned script that is pulled off similar to a Broadway show, except it’s “one night only.” This stuff is planned down to the second. Somewhere, behind closed doors, there is a script with a slot for “National Anthem, Luke Bryan.” My guess, is that Bryan’s window is 2:30. Insanely expensive commercials to follow immediately after our anthem. The Thunderbirds (who will do the flyover this year) add the exclamation point to the anthem, and have the best timing IN THE WORLD.

There are only a few observations I am able to share about the upcoming performance. #1. Luke Bryan is a dude. He is the fourth dude in 20 years to perform. It’s less characteristic of male voices to sustain high notes. Musically, it makes more sense for upper voices to sustain the high notes, and low voices to sustain low notes. See Western Music. People have been making the mistake of assuming that just because the singer is “so and so,” they will therefore sing our anthem into infinity. If you ask me, that’s a rather arrogant mistake. See Renee Flemming. There is more than one factor at play here. #2. Form. There are many versions of our national anthem. Most of the super bowl renditions are the version in 4/4 time. Looking at Bryan’s examples on youtube, he prefers the version in 3/4 time. That potentially (but not necessarily) means the anthem is 25% shorter. In fact, he actually slips a 4/4 bar into his version on occasion. #3. Tradition. I’ve never been a big patron of country music, but in my opinion, some of the strength of this genre lies in the pauses. The anthem has several spots where a dramatic pause would be very expressive. But in addition, the tempo, be it fast or slow, traditionally remains unyielding. Bryan is Country, not Soul or Gospel. Aretha Franklin (Queen of Soul) gifted America a rendition of our anthem on Thanksgiving, that embodied the timeless greatness of her genre. I was even able to go to the bathroom and come back before she finished. #4. History. The Youtube examples are good. The one example I toss out as ‘irrelevant’ is the version he did as part of a live concert. His show, his time, his program, his rules. Imagine for a second, that YOU are the one standing in between Super bowl LI and planet Earth. During Bryan’s live show, he has no pressure or concerns other than delivering that sweet apple pie of a voice to the people. As you noted Kmarko, all his sporting event performances were less than 2 minutes. #6. Time of 2:09. I heard that the over/under was originally 2:15. But damn. 2:09 is a tough time. Well played vegas. It seems like more of a psychological suggestion to me. As with Renee Flemming, her over/under was way outta line with the reality of what was possible. 2:09 is a very realistic time. I wasn’t able to confirm, but it looks as though it will just be the Luke Bryan pipes, and no piano or ensemble with him. If that’s the case, there will be no intro music to add unnecessary seconds to our anthem.

Sounds like I’m suggesting the under doesn’t it…? There’s only one condition in which I DO NOT place prop bets on the Super Bowl, and that’s when my Patriots are performing. All the life or death motivation and thrill I need comes from watching them play. Adding $$ to the equation is too much of a conflict of interest. But that’s just me. But for everyone else, I think the facts support taking the under. I hate the time of 2:09, but I gotta go with my gut. 2:06 is my prediction. Sorry to disagree on the back end of your blog Kmarko. It feels safe to take the over, and risky to take the under, but I would be no good to you or the stoolies if I didn’t tell you exactly how I feel.

Anyone who knows the Mad Maestro knows you don’t go against him on his anthem picks. I mean just look at that analysis. So for the first time in prop bet history I am CHANGING my pick from the blog. Yes I am officially on the UNDER. UNDER 2:09.