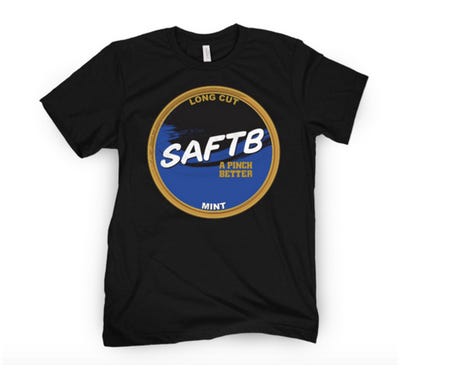 Complaints came from multiple states, including Indiana, Wisconsin, and Ohio. The reported objects were visible to the consumers, no injuries were reported.

The recall involves products made in the company’s Franklin Park, Illinois faciliity, under a variety of popular brands.

Below are the products affected by the recall:

I’ve had tons of people tweeting me about this and let me just say that if this is something that concerns you then you’re the biggest pussy going. Dip’s got some shit in it that might be detrimental to your health? No kidding? Get out of my face!

The metal makes it better. It cuts your lip up more, thus providing a more optimal nicotene delivery system. Recalling dip because it’s got some extra metal in it is like recalling beer because there’s too much alcohol in it. That’s what I’m going for, you dicks! I miss having braces because I used to use them to cut my lip up and get that buzz zooming so I can’t imagine this being something that makes you angry. In fact, if you’re someone who’s worked up about this then mail them to me directly instead of returning it to Skoal because I want this dip with huge pieces of metal in it so I can buzz my dick off. I’m sure the US Smokeless Tobacco company is deep trying to spin this “PR disaster” but just tell everyone that you’re sorry for partying and trying to make sure everyone has a great time, that excuse is accurate and undefeated.