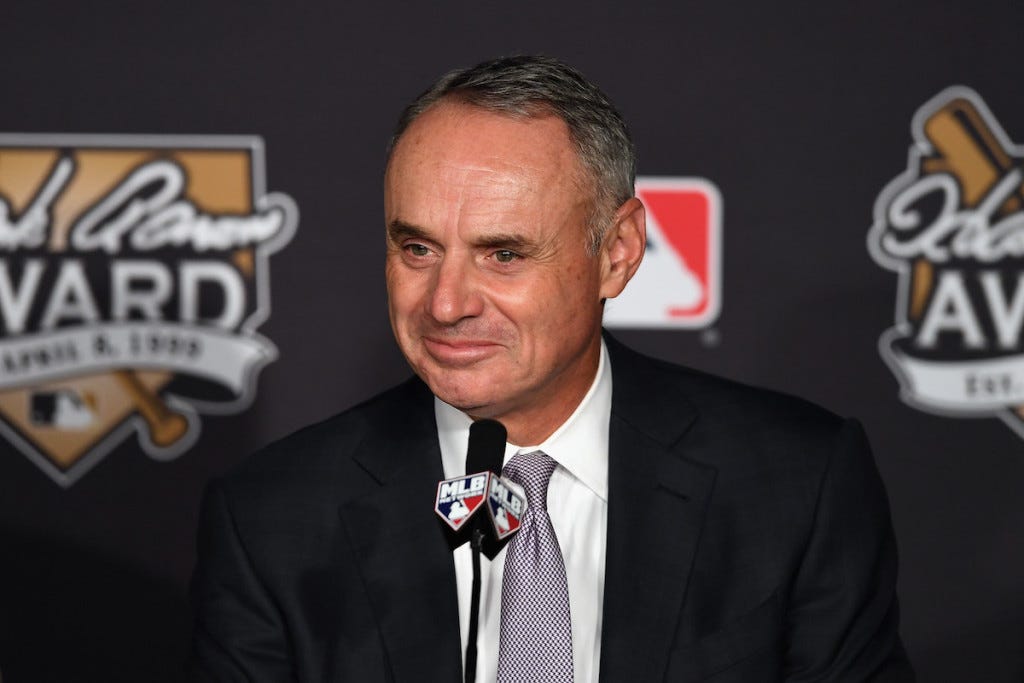 I wanna get this out there before we start — I’m a big Rob Manfred guy. I think he’s great, and I think he’s a positive influence on the game of baseball. Basically, he’s the polar opposite of what Roger Goodell is to the NFL.

That being said, the pace of play stuff, while I agree is worth being proactive about, is a discussion that is literally never going to end. Allow me to explain. First of all, the league decided to crack down on the pace of play two years ago, and it worked. In their first year of actually doing something about the length of games, the league shaved six minutes off of the average game times from 2014 to 2015. However, the average length of an MLB game actually increased by four minutes from 2015 to 2016. We’re still negative two minutes from where we started, but how in the fuck is that really going to make a difference in the eyes of the consumer? It’s not.

I’m not saying that being proactive about pace of play is a lost cause. That wouldn’t be an accurate statement. But the idea that it’s going to attract new fans is a bit of a stretch, at least in my mind. All that improving pace of play is going to do, more or less, is somewhat appease the fans who already watch baseball, but bitch about the length of the games. A non-baseball fan or a casual viewer isn’t going to see that the average length of games went from three hours and twenty minutes to three hours and ten minutes and dive right into a 162-game schedule.

All that being said, Manfred is still prioritizing the pace of play changes, and I commend him for that.

“I will say that pace of play is an issue that we need to be focused on,” Manfred said. “And the ‘we’ there is players, owners, umpires … everyone who is invested in this game.

“I don’t think there’s a magic bullet that is going to come one year and that’s going to be the solution to pace of play. It’s going to be an ongoing effort to make sure our game moves along in the way in the way that is most attractive to our fans.”

He’s right about one thing — there’s no one idea that’s magically going to fix the game length issue from one year to the next. And honestly, I hate using the word “issue” there, because it doesn’t bother me at all. Could the games be shorter? Sure. Get in the fucking box, throw the fucking ball, stop making unnecessary mound visits, and stop changing relief pitchers every two batters late in games. Boom, fixed. There’s your fifteen minutes that you wanna shave off that won’t make a single fucking difference in the eyes of sports fans who don’t care for baseball. It’ll just allow complete losers like me, who watch every inning of every game, get to bed 15 minutes earlier. Preciate that, though. I really do.