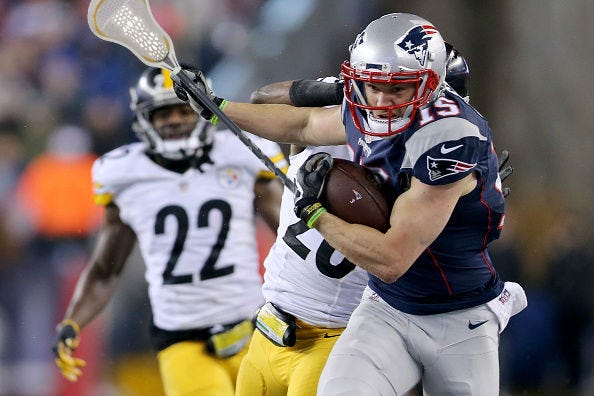 Big game coming up this weekend (no, not Michigan vs Cleveland State lax). We’re talking Patriots vs Falcons. Super Bowl Sunday, baby. And with the big game coming up, I figured I’d take the time to remind everybody that Patriots star receiver Chris Hogan actually used to play lacrosse. At the Divison I collegiate level no less. Here is proof.

So yeah. Pretty hella sweet if you ask me. Star wide receiver playing in the Super Bowl used to play lacrosse. Crazy world we live in and I’m just glad that I was able to pass the knowledge along to the rest of you. Scoring goals and Super Bowls. That’s what Chris Hogan does. 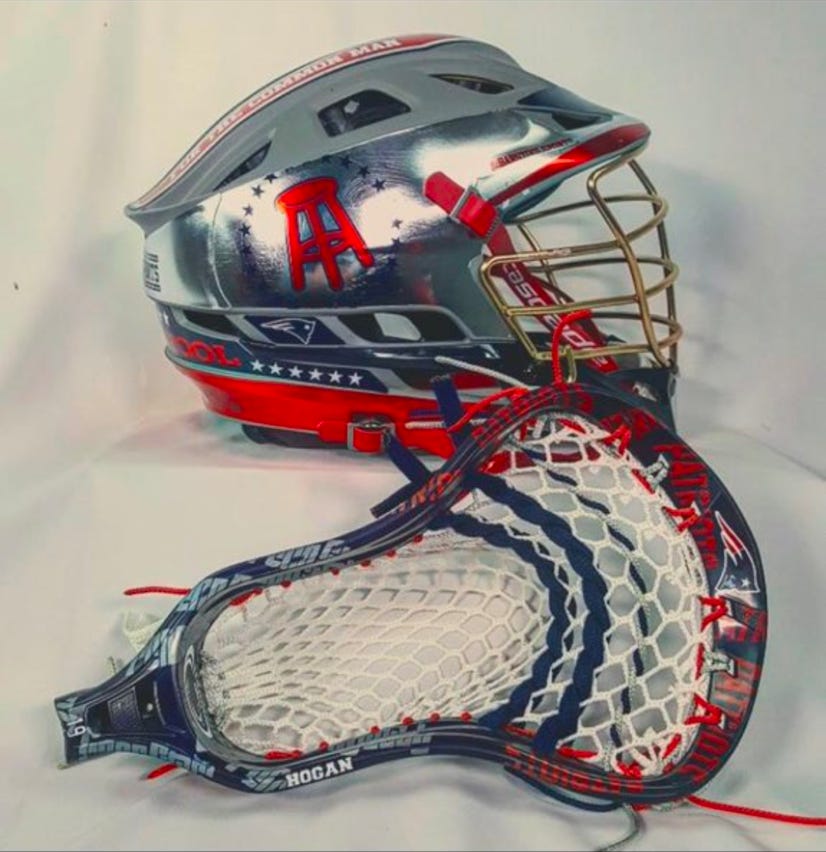 The fellas over in the dye lab at Lacrosse Unlimited really knocked this one out of the park. If I know anything about Chris Hogan and white receivers who play for Bill Belichick, this stick probably throw a mean overhand shot to a low-and-away corner. Fundamentals, bitch.

Sidenote: Have I ever told you guys about the time that Chris Hogan actually used to play lacrosse? Because he did.