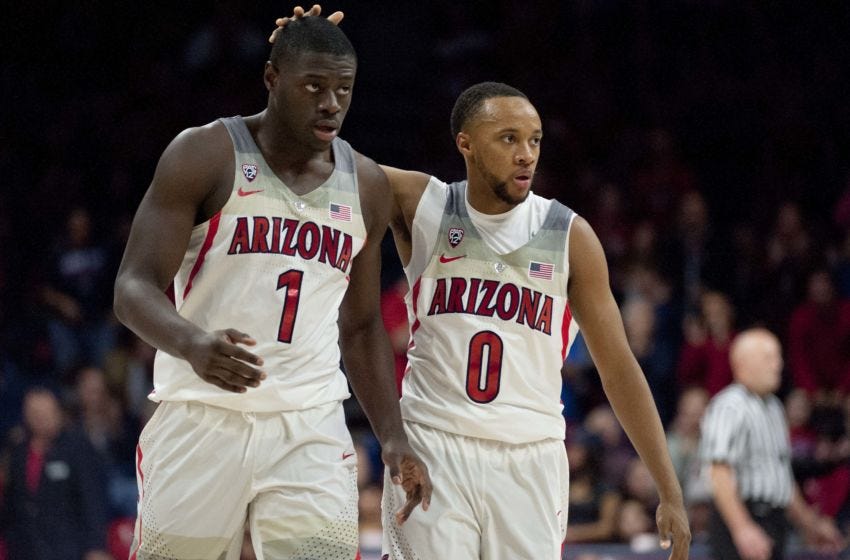 Today we’re looking at Arizona – a team that follows the trend of those we’ve talked about recently in Cincinnati and Maryland. The Wildcats have a great record at 21-2 and are on a 15-game winning streak. The analytics don’t love them (ranked 14th on KenPom) as much as the general public and rankings (No. 5 in both the AP and Coaches). Again, I’m not a huge fan of the polls as a gauge of how good a team is because 1) it’s solely based on recency bias 2) it’s full of idiots filling them out, as we see people move up teams spots after losing 2 games in a row and 3) everyone who fills it out values something different, so there’s no real consistency in how to rank.

I do like this Arizona team and like the more than both Cincinnati and Maryland, who we talked about this week. There’s simply more talent on the roster and Arizona has the best player out of those teams in Lauri Markkanen. I think Sean Miller is easily one of the 10 best coaches in the game and would love to have him in Lexington after John Calipari leaves Kentucky. Miller is one of the smartest in the country too in his recruiting efforts and the fact he’s involved in USA Basketball – that goes a long way in recruiting. There is the knock on him though for not making a Final Four – which is ridiculous when you consider just how hard it is to make the Final Four. Miller has brought Arizona to 3 Elite Eights, only to lose by 2, 1 and 10 points.

That said, the fact still remains, this Arizona team just doesn’t have an impressive overall resume. Granted they didn’t have Allonzo Trier for the first 19 games due to the PED suspension (more on that in a second), but they had 2 top-100 nonconference wins and that came against Michigan State and Texas A&M, two teams who may miss the NCAA Tournament. What has been impressive are the away wins at UCLA, Cal and USC. We’ll have a better idea about this team after tomorrow though when they play at Oregon. If Arizona wins that game, they are all but a lock to win the Pac-12 title.

So just how important is Trier to this team? He’s obviously a great player and was probably a first rounder in last year’s NBA Draft. He led the team in scoring, but this year it’s not Trier’s team. He provides a secondary scoring option (Markkanen should always be the first). What he does with this team though is provide depth to a team that has battled injuries all year and a slasher that can attack the rim make defenses worry about leaving Markkanen to help on the drive. He does need to get better defensively as he’s grading out as poor right now giving up 1.35 points per possession. That should come as he gets more games under his legs though.

Here’s a play from last night where Trier shows his ability to draw attention with his drive. He starts at the top of the key with Lauri to his right. As he gets into the lane he does have Lauri open but swings it to the left corner. Oregon State at the time has three guys in the lane with two coming off to help. The kick by Trier leads to the hockey assist as Parker Jackson-Cartwright has a wide open 3.

Now there are two places where Trier can absolutely take over the game for Arizona. The first is in the pick-and-roll or pick-and-pop. Trier does just fine handling the ball and late in games (as seen in the clip vs Washington) and brining Markkanen up to set the screen with room to operate, destroys the defense. That’s what happens when you’re 7-footer is the best shooting big man in college basketball (arguably history). In this play, Arizona keeps the floor spread letting Trier walk at the top of the key. What I like about this is Markkanen setting two screens and recognizing the hard hedge right away. Trier doesn’t push and instead sets up the dribble for the pass. Easy three. This is something that Arizona has run against both man and zone defenses.

Second is getting Trier out in transition. In the four games he’s played he’s spent 21% of the time in transition and scoring 1.75 points per possession, which grades out as excellent. What makes Trier so good in transition is the fact he can go get a defensive rebound and push thanks to his ability to handle the ball. After that he’s creative around the rim. He has a wide array of moves and loves the Euro step once he’s in the lane. If he doesn’t go with the Euro step he uses his athleticism by taking a speed dribble and tucking the ball similar to a running back. He knows how to get down the lane and is athletic enough to finish at the rim.

They still look to grind out offensively as they have one of the slower tempos in the country, which is a little weird considering how good this team is when running. I’d like to see them speed it up a little bit, especially with Trier back in the mix and combining him with Rawle Alkins and Kobi Simmons. Getting out in transition more can open up Markkanen for open threes as a trailer. They also don’t kill you from the 3-point line, as they rank 318th in the country in 3PA/FGA.

Defensively this is still one of the best teams in the country. They rank 16th in AdjD and they grade out as excellent in the 95th percentile. They run almost strictly a man-to-man defense and don’t look to press. While they don’t turn you over, they make you work for shots with the average possession length being 18 seconds. The only weak part of their defense is in the post. They don’t block shots and they don’t have that prototypical post defender like they had in the past with Tarczewski. That won’t kill them in the Pac-12, but in the NCAA Tournament a team will look to take advantage of that.

So back to my original question about Trier making this team a Final Four favorite. I wouldn’t say favorite but they will be a popular pick. I think they are right on the cusp of being one of those first tier teams, but I still have them as the first team in the second tier. I do love the depth they have now as nine guys play at least 13 minutes a game and all average over five points.