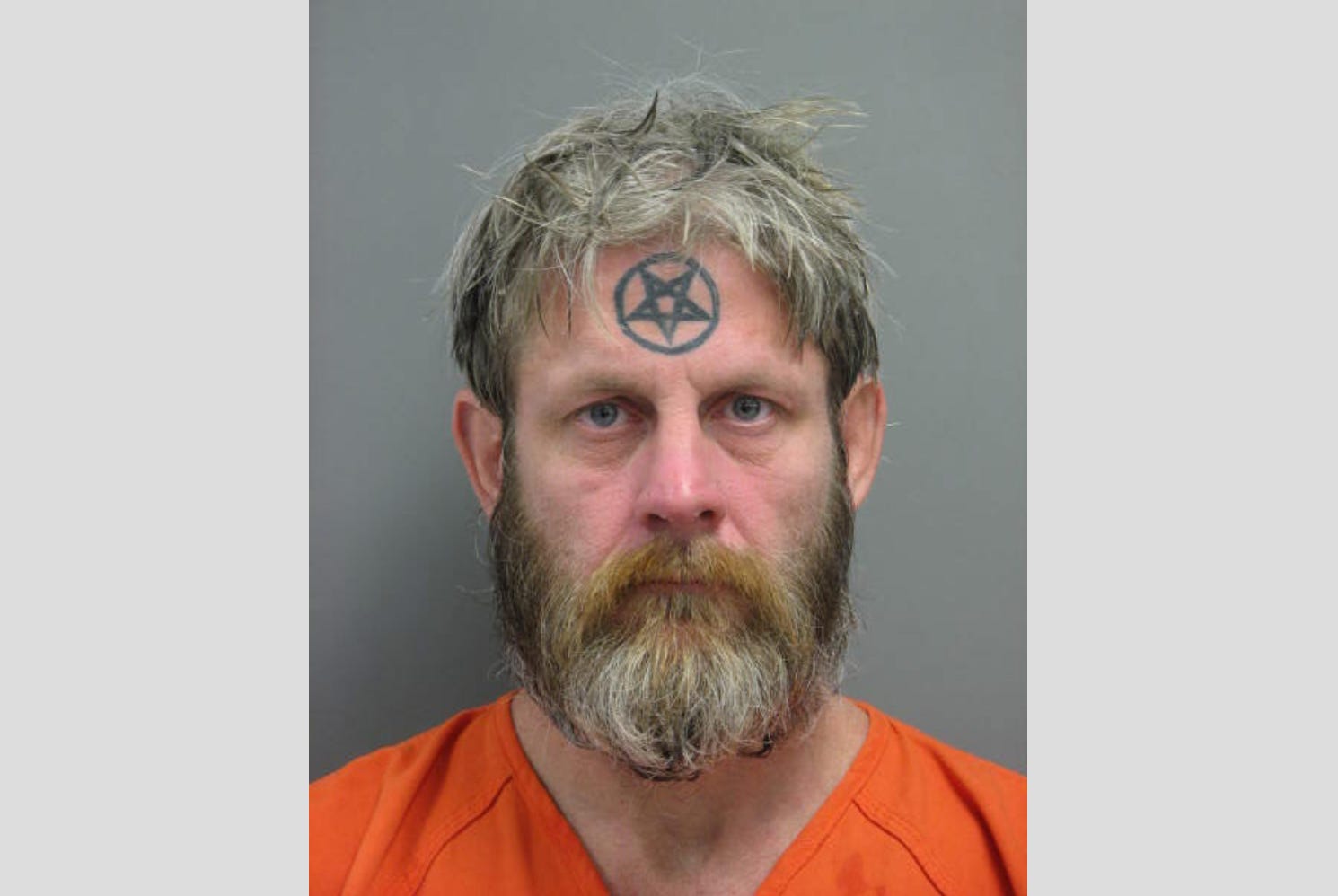 DNP- A Council Bluffs man was arrested on suspicion of attempting to make a fast-food chicken restaurant extra crispy. No one was injured in a small fire that was extinguished at Council Bluffs’ Popeyes on Monday evening. Robert New, 42, faces a charge of first-degree arson – a class B felony – and remains jailed after the incident. The Council Bluffs Fire Department responded to the restaurant, which specializes in fried chicken, mashed potatoes and sweet biscuits, at 10:30 p.m. When firefighters arrived at 3440 W. Broadway, they found heavy smoke inside the men’s restroom emanating from a trash can fire. The fire was extinguished, and a fire investigator arrived on scene. No one was injured. According to the report, investigators spoke with the employees who stated just before the fire broke out a man wearing a green mask came into the building and into the bathroom. That man was later identified as New. The restaurant’s manager said that New is a transient who regularly comes in to ask for food and dig through their dumpster, the report reads. The suspect has an extensive criminal history, according to online court records.

Yep. Yep it does. See that tattoo on his face? Dead giveaway. The pentagram stamp tattoo on the forehead means that guy has done just about every bad thing he’s ever been accused of doing. It’s not the look of a guy who isn’t committing crimes, I’ll say that. I’d be willing to bet his life went downhill pretty fast as soon as he got that tattoo. You know how Rickety Cricket’s life slowly fell apart? Well that dude right there was the opposite. He was more than likely a semi-normal human being giving in society. He surely had some problem before but don’t we all. Then he got the tattoo and stepped into a completely different dimension. People simply don’t trust other people who get permanent ink injected into their faces. I’m not saying that’s fair. I don’t make the rules I just know what they are. Tattoos have come a long way. Pretty much everybody has a tattoo now but you just can’t put one on the face region unless you’re Gucci Mane. So yeah. That guy definitely burned down that Popeyes and to be honest it’s kinda on all of us that we didn’t see it coming.