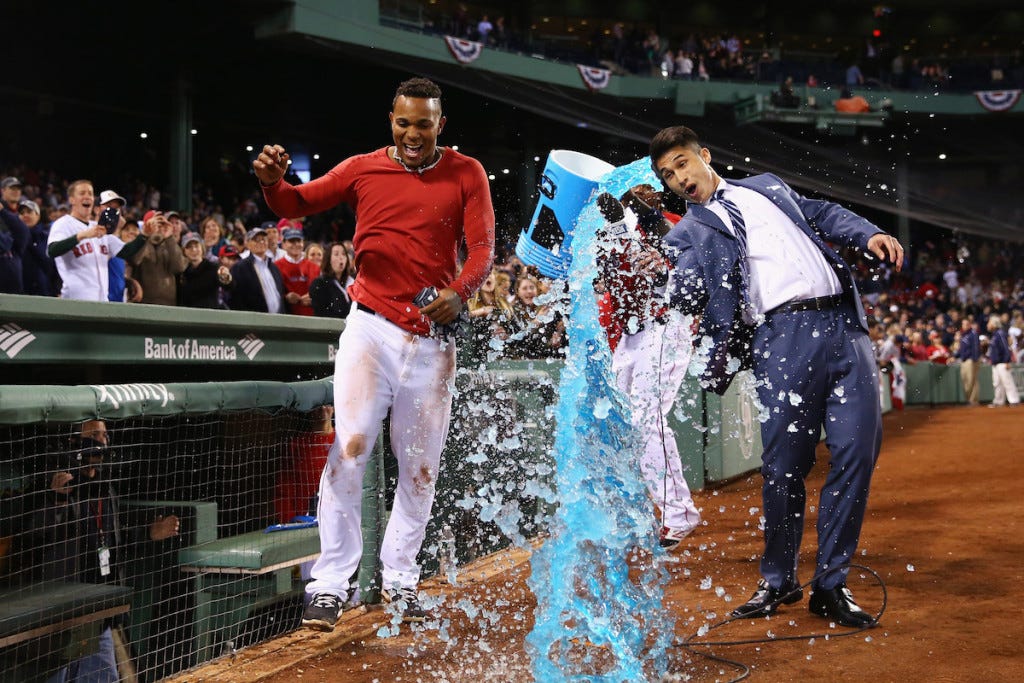 On Episode 70 of the Section 10 Podcast, the Garin Cecchini Episode, we’ve got the, now, former Red Sox sideline reporter Gary Striewski on to discuss why he’s no longer with NESN, whether or not it was an amicable split, whether or not it was a mutual split, if there are any hard feelings on either side, and whether or not he was unhappy prior to the split. We also dive into the rumors as to why his sideline duties were reduced in 2015, what his next move is now that his NESN career is over, which Red Sox players hit him up after the news came out that he was no longer with NESN, if he’s a sideboob or an underboob guy, who his favorite interview was, which players he grew the closest to, his relationship with Don Orsillo and Jerry Remy, and we also dive into the listener-submitted questions. All that, and more, plus Gary makes a shocking admission about a certain hair product that he uses. Wild move.