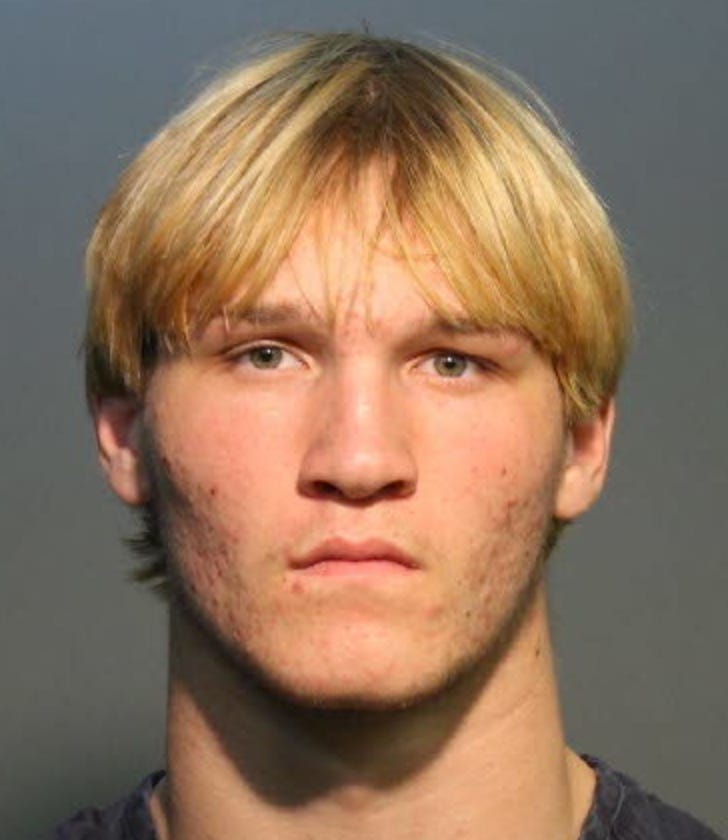 ESPN - Michigan State commit Donovan Winter did not send his letter of intent to the Spartans on Wednesday morning. He’s in jail.

The Crimson Tide landed 21 recruits from the ESPN 300 rankings, giving them the No. 1 overall class for the fifth time in six years, while USC started and ended the day on a roll.

Police in Florida arrested Winter, 18, on Monday night and charged the Bishop Moore Catholic High School (Orlando) senior with burglary and larceny of a firearm, according to online records.

He is being held on $2,000 bond and will be required to wear a GPS monitoring device.

Winter, a three-star defensive end prospect, committed to Michigan State in June. The university is not allowed to comment on prospective student-athletes until the school receives their letters of intent.

I think Donovan Winter’s offer is still technically on the table at this point, but if you’re Michigan State you pull that as soon as possible right? Just yank it right off the table? I mean when it comes to big time college football there’s one thing and one thing only that’s more important than physical talent – mental fortitude. Being able to block out distractions. Walking into 100,000 person stadiums full of screaming fans and being able to focus on the task at hand. And this dude couldn’t even block out the distraction of being locked up in jail long enough to send in a freaking letter of intent? Man, got to question the commitment there, both literally and figuratively.

Sure some would say that stealing a handgun from your girlfriend’s dad and getting arrested and held on $2K bond and fitted with an ankle bracelet would be grounds for pulling the offer – those people are idiots and pussies who have no idea what “having an edge” means. Every team needs criminals, just look at all the greats, like Florida State, the Bengals etc etc.

I’m much more concerned with this young man’s mental game. Focused on surviving the prison showers over committing to his team. Sounds like kind of a me-first guy.

It’s no wonder MSU is having 3-9 seasons when they’re bringing in guys like this.