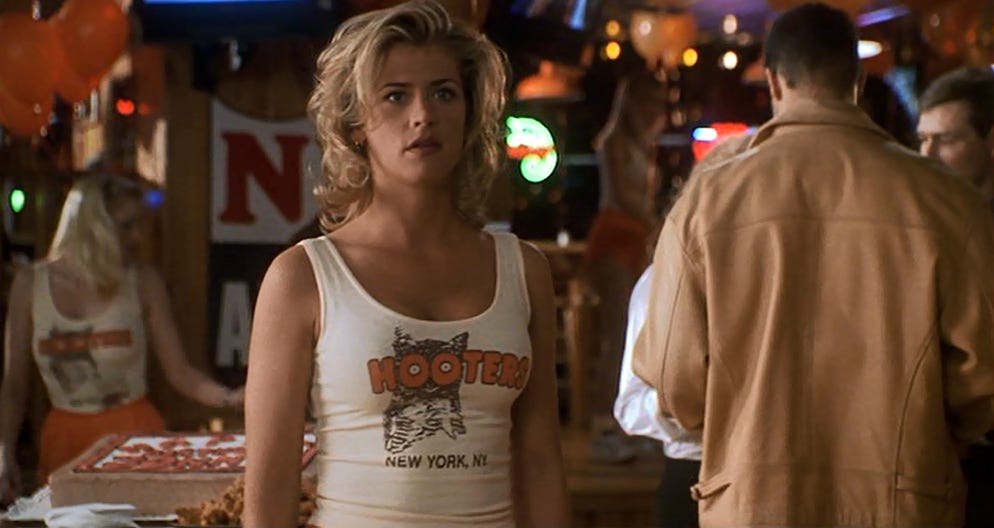 NY Post-  Hooters is doing away with T&A at its newest outpost. The “breastaurant” chain is opening a fast-casual restaurant — a la Chipotle and Panera Bread — in Tampa, Fla., called “Hoots, a Hooters joint,” and it’s abandoning Hooters’ signature sexy, scantily clad servers. Instead, chicken wings will be dropped off via counter service by men and women in less titillating garb. Meanwhile, the menu will feature the most popular items from Hooters restaurants. The classy establishment is set to open mid-February.

Poor Hooters. It’s one thing to presumably have sales on the decline, but to actually be dumb enough to try to have a restaurant in which just food is served and there’s no tits? Idiotic. The Hooter’s clientele wants tits. You go to Hooters for tits when you’re either too young to see actual tits or you’re in the middle of a boring marriage and need to be flirted with. Nobody goes for the food. Their food is borderline inedible, no offense. I just yelped the local Houston Hooters and dear God. Based on the reviews you’d think Jamie O’Grady is running the joint. No one should be subjected to that shit. Not even murderers or people that liked Suicide Squad.

If that formula can’t work for Hooters I think they should just close up shop. The one by my house has been closed for about 5 years now. Kinda sad, but true. So how do we fix Hooters? Well we certainly are not hiring chefs to whip up 4 course meals. That girl who got boobs real early and started dating high school guys is not going to be putting fresh Maine lobster on your plate. So we go the complete opposite direction. Double and triple down. Maybe you can only be a waitress there if you have pierced nipples? I don’t know- something to that effect. Just over here spit balling, but pierced nips put asses in the seats. A regular staff and restaurant surely does not put asses in the seats. Pleasant Hooters is not my Hooters!