Narc’ing rat motherfucker. What a dick move. For those who don’t follow the college recruiting trail too closely, Robinson was very close to signing with Ohio State – until he got cited for marijuana on his campus visit.

And then thought it was a cool idea to tweet this. 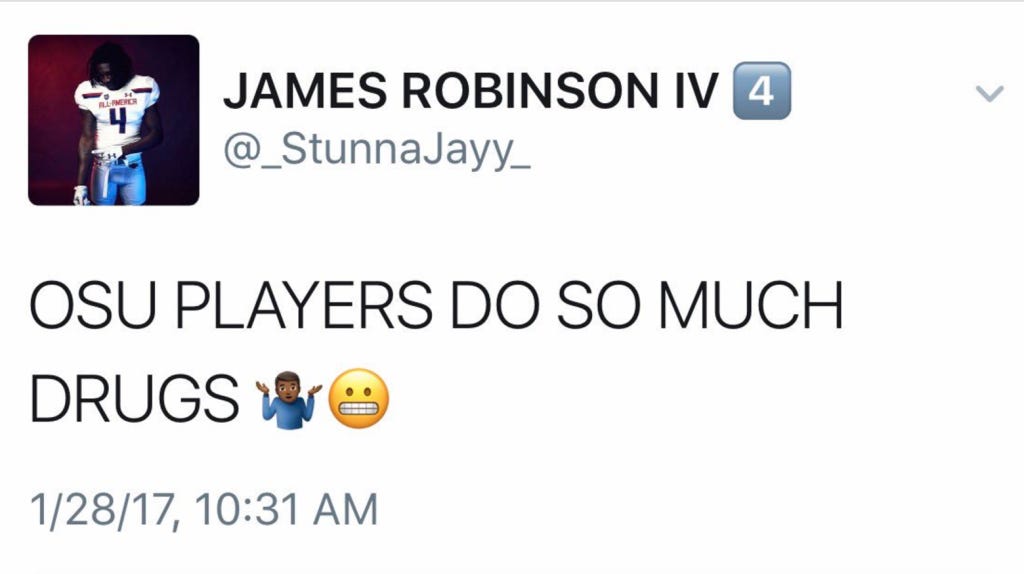 And RT all these: 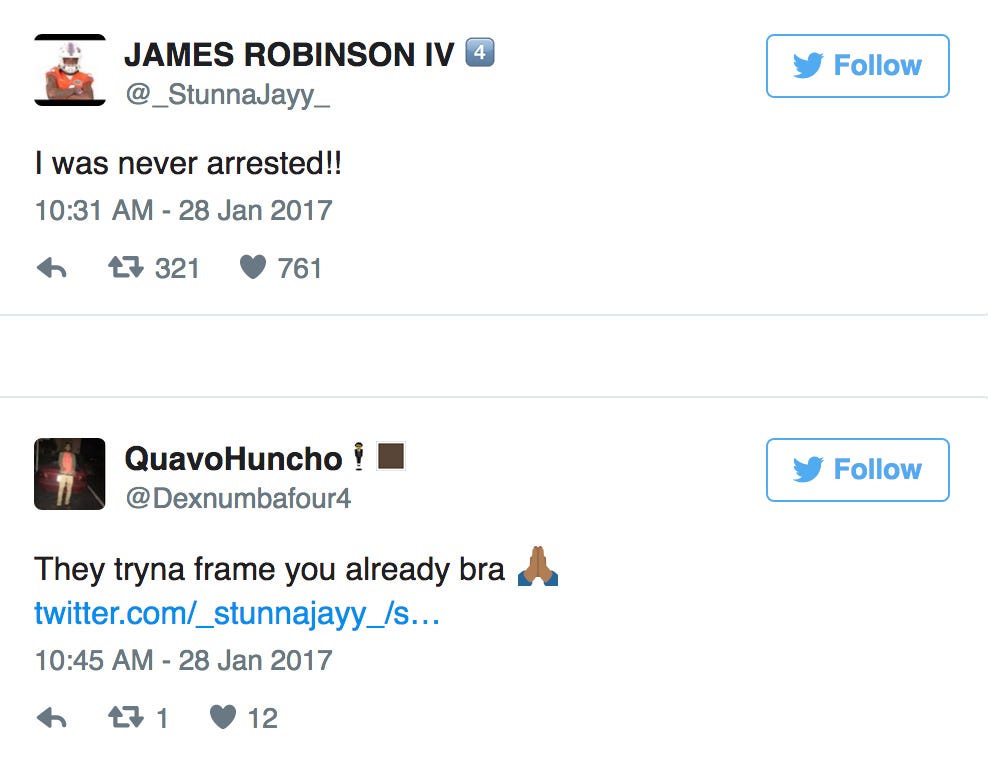 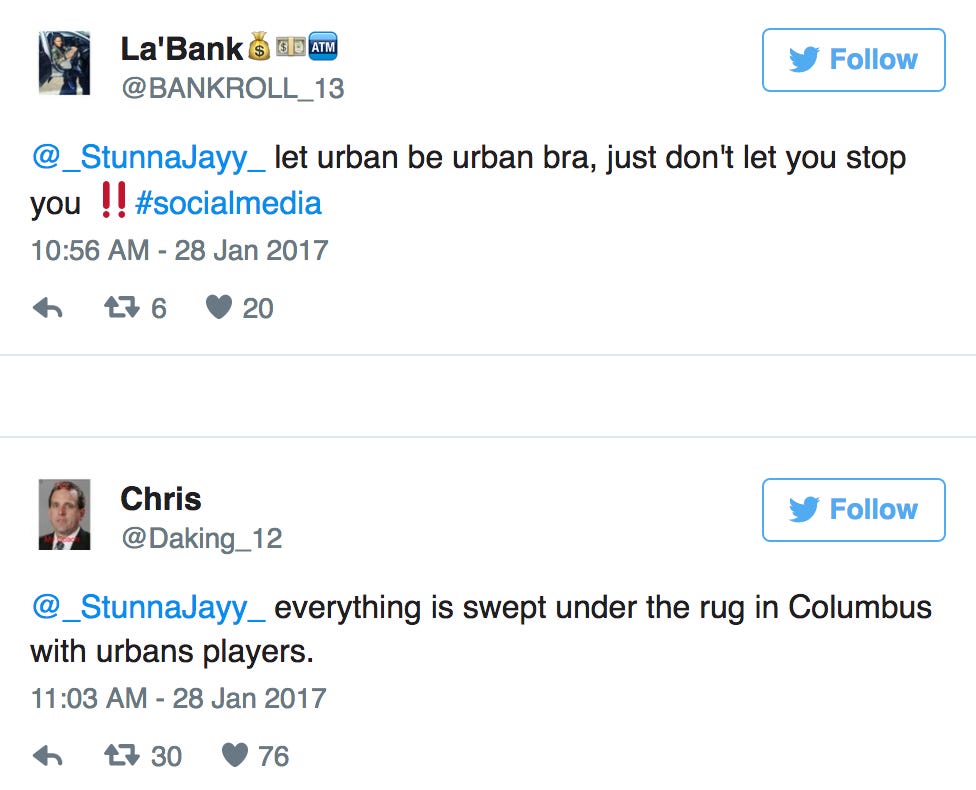 Florida actually specifically forbade Jim McElwain from offering to Robinson because of the weed concerns. He called 18 schools on his behalf advocating for him before Florida finally changed their mind and offered him yesterday.

Hope the Buckeyes don’t mind the one or two or 300 drug tests they get throughout the season.