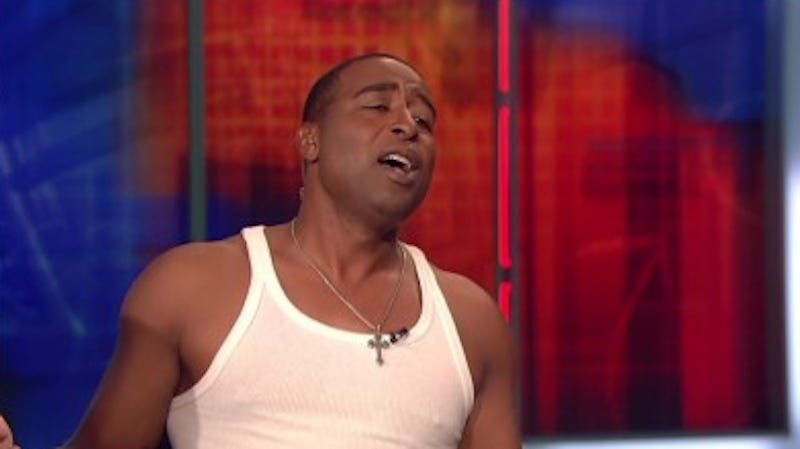 NJ.com- Giants wide receiver Odell Beckham Jr. will lean on a Pro Football Hall of Famer as he looks to better himself on and off the field. Former Vikings star Cris Carter said he and Beckham will speak on the phone weekly as Beckham works to mature after another tempestuous season. Carter told NJ Advance Media the mentoring calls are “a human thing, more than just football,” and his main focus is for Beckham to become “a great human being.” “He regrets the things that happened. He’s trying to learn from it, and he’s going to make some adjustments. He’s trying to learn how to be a pro. He’s trying to talk to people,” Carter, now a FOX analyst, said Tuesday at the network’s Super Bowl LI media session. “Him and I have a very good relationship, and he’s dedicated himself to getting on a phone call with me once a week. I plan on seeing him when he comes to L.A., plan on spending some time there. He’s really trying to make some adjustments, to get the best out of his talent.”

This is really the ultimate “Do you want to hear the good news or the bad news first?” scenario. On one hand I am happy Odell is interested in having someone with NFL experience in his ear for anything that happens on or off the field. Every time Odell sneezes, the New York media is going to try to manufacture it into some sort of negative story. So I am happy that Odell is interested in bringing in someone to ask “Do you think the entire world will freak out if my teammates and I go to Miami less than a week before a playoff game?”

But on the other hand, Cris Carter is the guy ODB settled on? Really? REALLY?!? To quote Cristopher himself, “C’MON MANNNN”. Sorry that made my skin crawl too. I mean I have watched every documentary about the 98 Vikings that has ever been made and know Carter raised Randy Moss like a puppy during his rookie season (at least that’s what NFL Films taught me). But we do remember the whole time Cris Carter told rookies on video to have a fall guy, right?

Or the time his brain stopped working during the Adrian Peterson switch saga and he just started spewing nonsense?

Or the time he told the whole world that the dab was the bap?

So yeah, mayyyyybe Cris Carter isn’t the best guy for the job after all. I don’t need Odell getting bad advice, becoming a mumbling fool, AND him not knowing the latest dance moves. No matter what Odell does on the field, his A++++ dance moves bring him to his happy place every single time. We lose those, we lose the essence of Odell.

Then again, you can’t argue with this decision making. 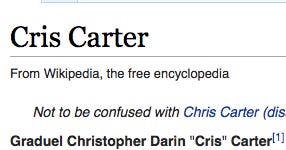 No way Cris Carter makes it to Ohio State, let alone to the NFL if his name is Graduel Carter. Between his advice to Cris Carter and his fake feud with Bill Simmons, maybe Cris Collinsworth is the guy that should be mentoring Odell.