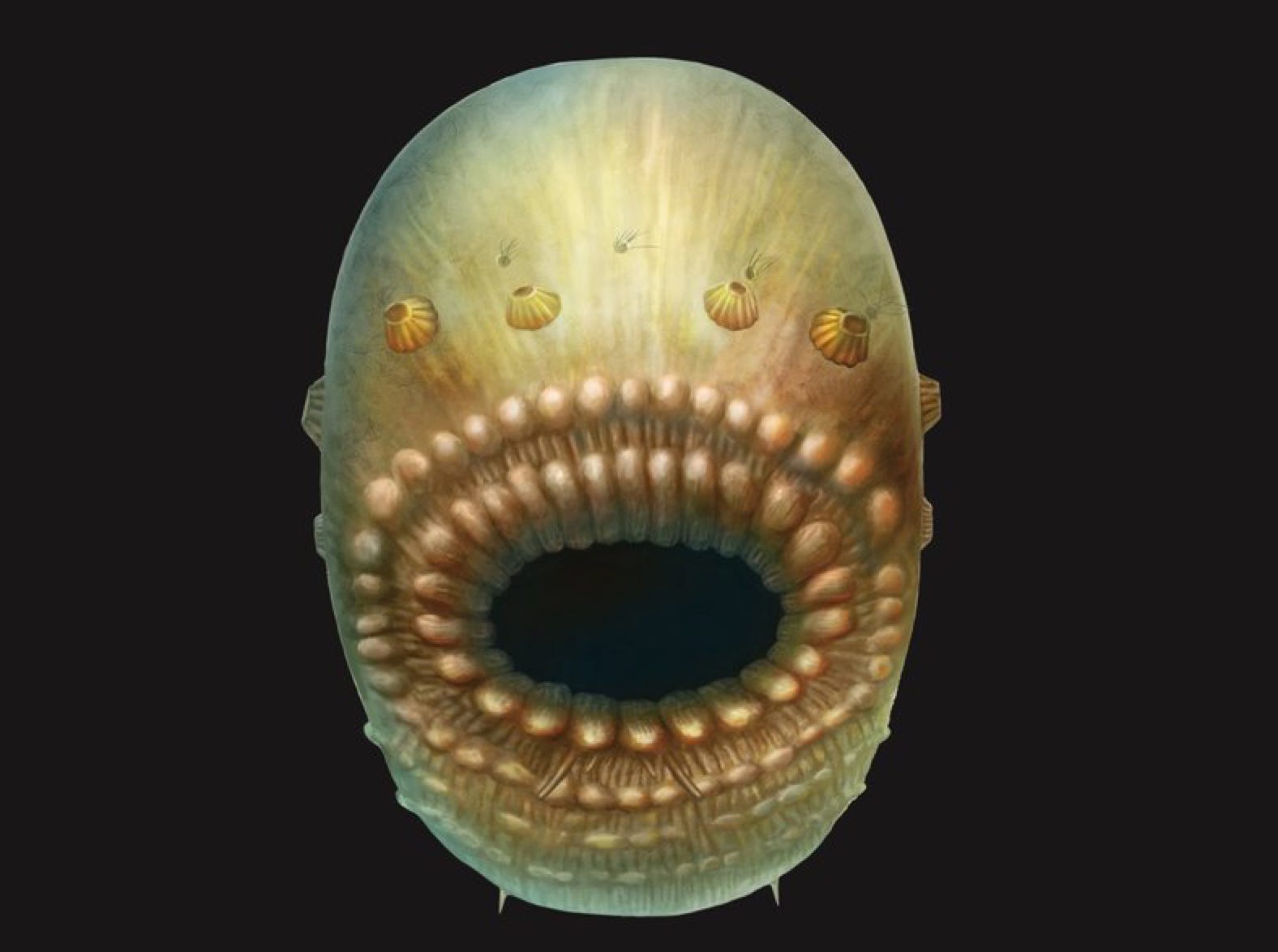 Smithsonian- Researchers have discovered fossilized traces of they believe to be humans’ earliest-known ancestor: a tiny, wriggly, sea-dwelling blob that may have pooped through its mouth. Such early steps in evolution are rarely preserved in the fossil record—the delicate structures commonly breaking down over time. But a team of researchers from China and Germany came across just such a cache of fossils in Shaanxi Province of China, according to a press release from the University of Cambridge. No larger than a millimeter, the creatures likely slithered through the sandy bottoms of the shallow seas some 540 million years ago, Nicholas Wade reports for the New York Times. Researchers dubbed the little creature Saccorhytus, after its “sack-like features,” documenting the oddball in a recent study published in the journal Nature. The Saccorhytus is thought to be the oldest-known example of a “deuterostome”— an ancient biological class that is ancestral to many animals, including people. Other deuterostome groups familiar to scientists lived 510 to 520 million years ago, and had already began to diversify into different species.

This story made me want to commit suicide. Not so much because it scared me but I feel gross being part of a species that has ancestors like that mouth-shitting sea creature. I want to end my own bloodline now that I have that information. I was much more comfortable with the notion that we came from monkeys and that was it. Monkeys are pretty dope. I didn’t need anymore information. But then ol’ science had to reach back even further and reveal a much uglier truth. There’s no coming back from that. We are all somehow related to a thing that pooped out of its mouth. Not great, guys. Not great. That sea creature is pretty much the textbook definition of everything I hate about bodies of water. It’s a prime example of a creation from God’s laboratory. And now I’m told I’m some how a part of that shit? Again, it makes me wanna jump off a bridge. I won’t cause I’m currently 50% of the #1 sports podcast in the world (Subscribe to Fore Play. Rate, review and tell your friends) so  I can’t. But everyone else might wanna keep that option in the back of their minds cause this is some fucked up shit we just learned.