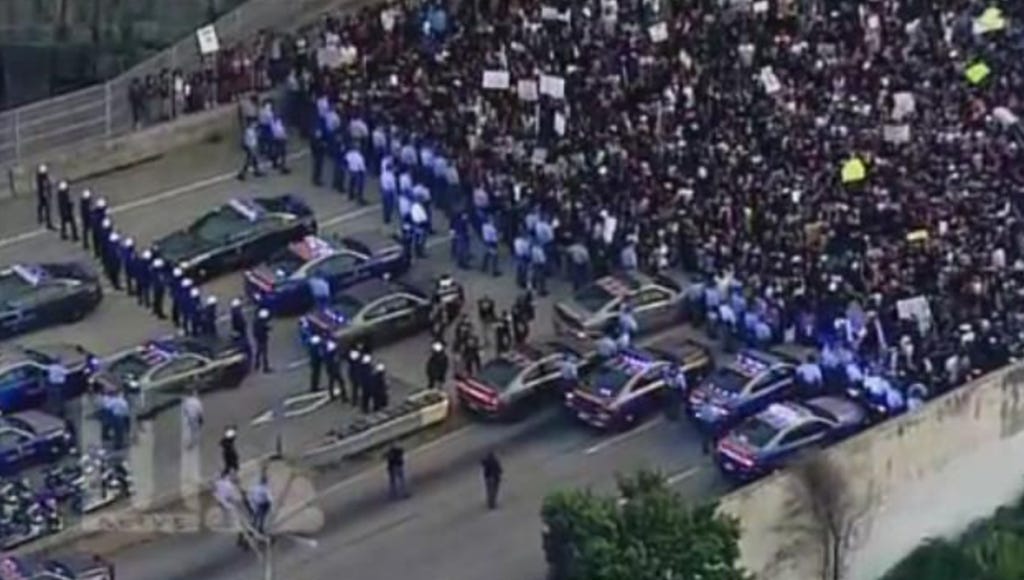 NPR - From the Black Lives Matter movement to environmentalists trying to stop new oil pipelines to the recent Women’s March against President Trump, the past year has been filled with large, often spontaneous protests.

Now the reaction to those protests is appearing in a number of Republican-controlled statehouses across the country, where lawmakers are introducing proposals to increase penalties for those who block roadways while protesting.

In North Dakota, where protests have gone on for months over construction of the controversial Dakota Access Pipeline, a lawmaker has introduced a bill that would allow motorists to run over and kill any protester obstructing a highway as long as the driver did not do it intentionally.

Bills that would increase penalties on unauthorized protests have also been introduced in Michigan and Washington.

I’m all for peaceful protest. By all means, go on with your bad selves. It’s part of being an American. Apple pie, baseball games, shitting on Jamie O’Grady, and peaceful protest. However, there is nothing American about stopping hard working, red blooded, good family people from getting home. There is nothing at all American about holding up traffic for hours for your selfish reasons. That’s not how you get people on your side. Being a selfish piece of shit accomplishes nothing. Zero. Zilch. Just makes normal people hate your fucking guts because after working 8-6, all they want to do is sit on the couch, drink a beer, and tuck their kid into bed. And a lot rational people agree with protesters. Fewer unarmed black kids shout be shot. Maybe an oil pipeline shouldn’t shower all over people’s homes. That’s fair. But there are ways to prove your point besides this: 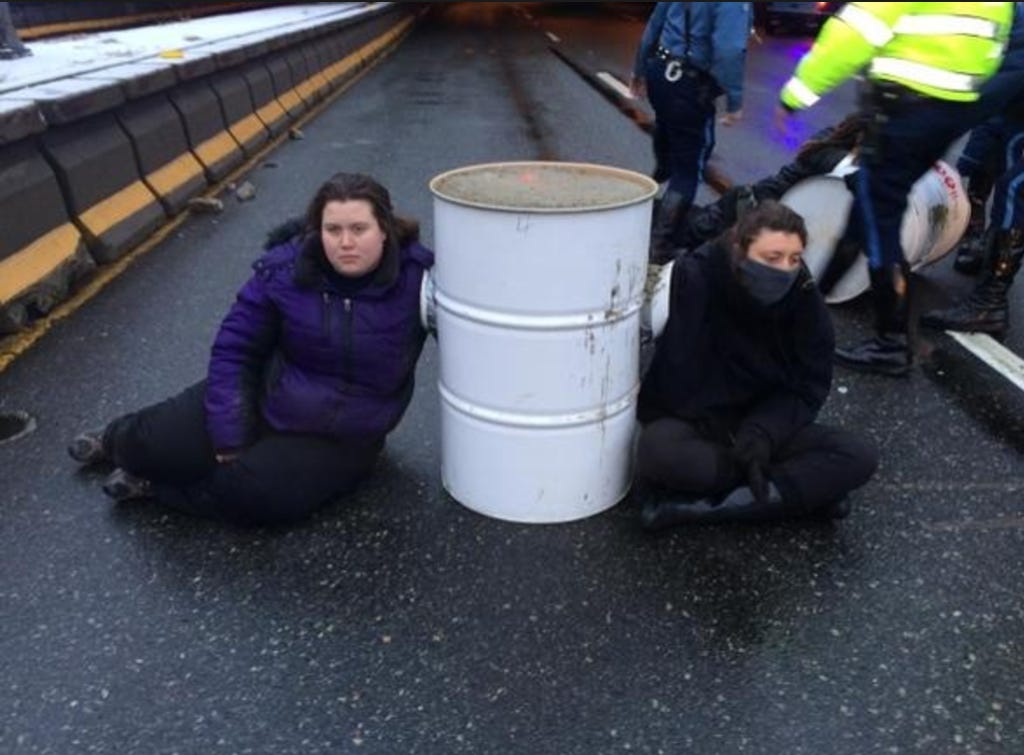 These fat turds a million % deserve to get run over. A kabillion %. Put it into law, sign it into the constitution. If some purple cow wants to ruin your life for his or her own selfish reasons, you can take your SUV and turn her into a bug on your windshield. No questions asked.