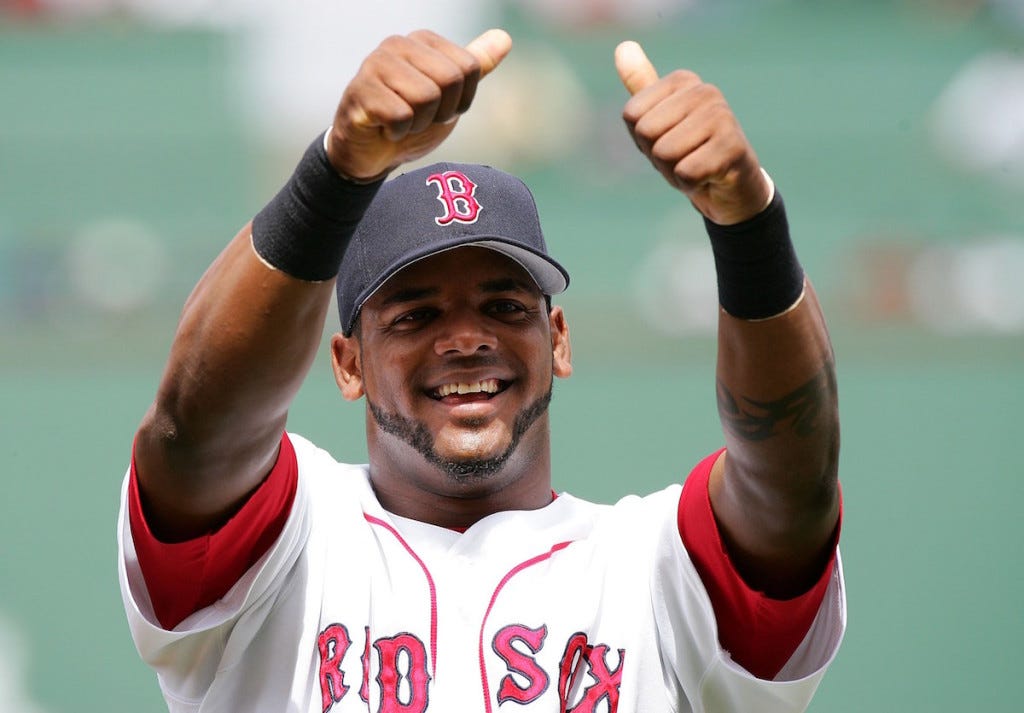 For the first time since he signed with the Seattle Mariners halfway through the 2011 season, Wily Mo Pena has a contract with a major league team, and that team is the defending American League champion Cleveland Indians. Now, it’s important to note that this is a minor league deal, and even if he does make it to the majors with Cleveland, he won’t even earn a million dollars. This is about as low risk as you can get. But the reward…well, the reward is that he can hit 600-foot home runs.

My favorite Wily Mo Pena story is from when I was in high school, the night that the Red Sox hit four home runs in a row in April of 2007. I was playing a drinking game at my buddy’s house, and you had to shotgun a beer for every home run that the Red Sox hit. Manny hit a fuckin’ bomb onto Lansdowne street, shotgun. JD Drew smashes one over the bullpen, shotgun. Mike Lowell over the fuckin’ Coke bottles, shotgun. Jason Varitek over the Monster seats, shotgun. Next dude up? Wily Mo Pena.

I got a little cocky, looked at everyone in the room, and shotgunned the fifth beer as Wily Mo was walking to the plate, because it was the most obvious five home runs in a row of all-time. He didn’t end up hitting one, and I ended up puking in a pot that had a giant cactus in it, but those were the expectations when you saw Wily Mo in the batter’s box. Home run or strikeout.

If it feels like Wily Mo has been around forever, he kind of has. But I was surprised to find out that he’s only 35 years old. That’s up there in baseball years, but it’s still an age where I’m hoping that he still has something left in the tank to hit a few more 600-foot bombs. Just don’t throw him a curveball. Give the fans what they want to see, and throw a fastball right down the dick.