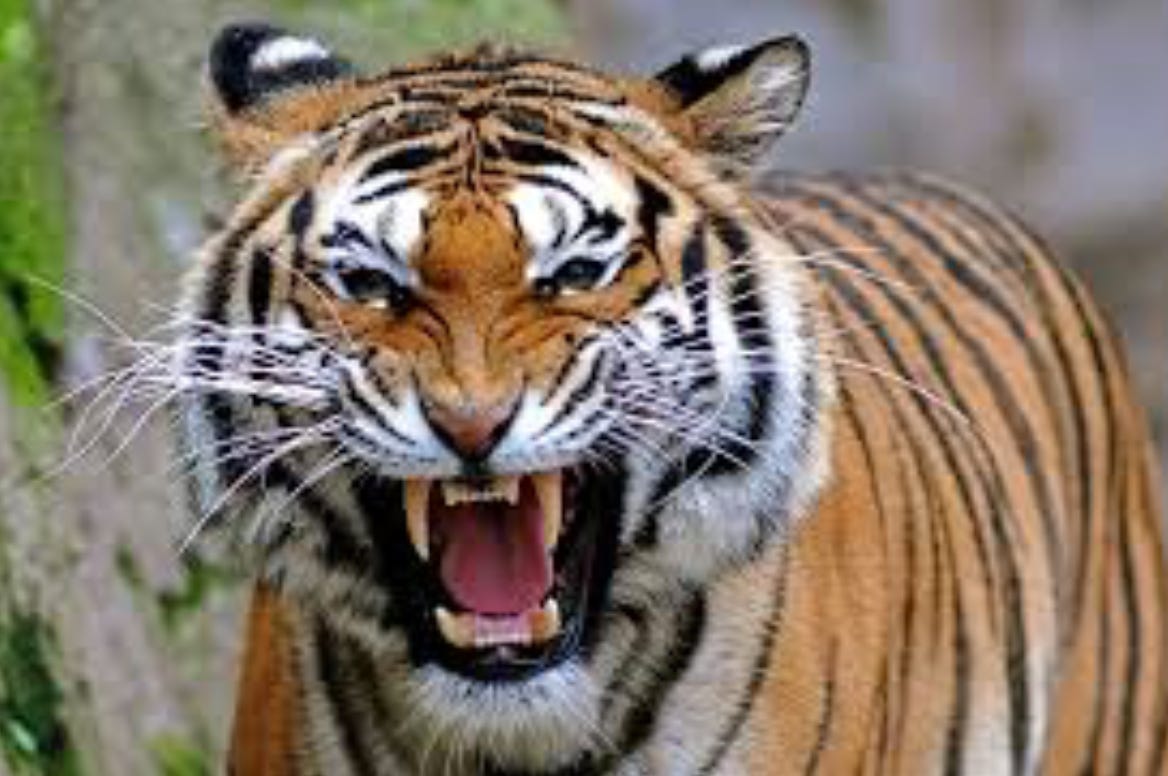 TG- A tiger-mauling death at a Chinese zoo is under investigation by local authorities who say the victim climbed a fence into the tiger’s enclosure. The attack occurred Saturday at a resort on Dongqian Lake in eastern China’s Zhejiang province. A local government statement says the victim, identified only by his surname of Zhang, climbed a fence with a friend instead of buying tickets. The statement said Zhang’s wife and two children, as well as his friend’s wife, bought tickets to enter the zoo. Zhang allegedly passed through a wire netting and eventually climbed a wall to enter the tiger enclosure, while his friend stayed back, the statement said. A tiger attacked him inside the enclosure, as visitors to the park apparently watched from a distance. Photos and video shared on social media appear to show Zhang lying on the ground as tigers circle him.

That’s just bad luck. Terrible, awful, no good luck. You try and sneak into the zoo to avoid paying that steep $5 or whatever it is and whoops you end up in the tiger enclosure and get your ass eaten alive. I’m not gonna say that’s karma for trying to get in for free but I’m not not saying that either. If I had one piece of advice for that dead guy it would be to make a plan next time. Well there isn’t a next time for him but for anyone else thinking about climbing the fence at the zoo to avoid the admittance fee. Map it out. Think it through. Penetrate the walls at literally any part other than the tigers. Maybe the monkeys. Or the giraffes. Or the bunnies if they have them. Hop into any enclosure but the one with the flesh-eating cats who can kill you with one swipe of their paw. Again, that’s mostly just bad luck. Tough break. There’s video of the incident but it doesn’t really show anything. It’s a blurred out image laying in the middle of three ginormous tigers.