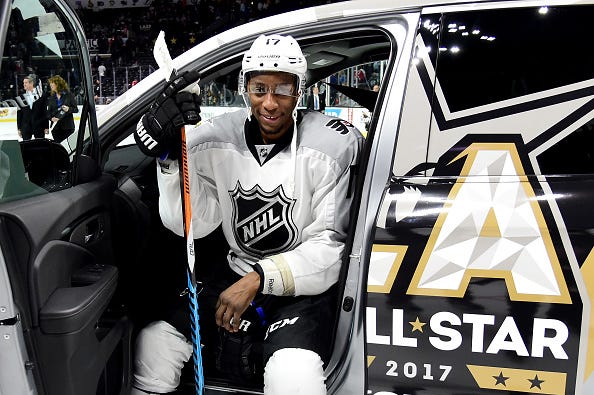 What a weekend for the Wayne Train. Goes back to the city where his career started to play in his 1st All Star Game. Gets to be coached by Wayne Gretzky after Torts had to skip out on the weekend. Then has not 1,

The 3rd one on the day being the goal that gave the Metro Division a 4-3 win over the Pacific in the final. That’s a million dollar goal from one of the best power forwards the game has ever seen. 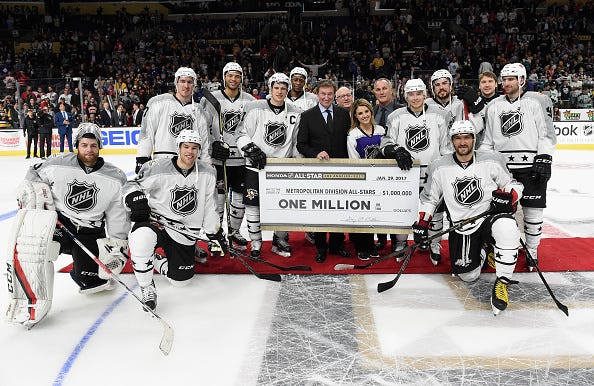 Metro Boomin’ indeed. Not bad for a guy who looks like he’s running on the ice. Pretty difficult not to be proud of the guy. His game has gotten consistently better ever since he came to Philly. He has the numbers to prove it and now he has a brand new 2017 Honda Ridgeline to prove it as well. Would have been nice if the NHL could go American-made with their MVP awards but that’s neither here nor there. Wayne Simmonds. Fahkin’ All Star, Fahkin’ MVP. It’s been a long time coming. Now let’s get to some more highlights from all 3 mini games yesterday because there were some certified beauties out there.

Both go short side with almost no room to work with. But I have to give Vladdy the edge here for kissing the crossbar. The snipe game was strong yesterday though. I’d almost rather be a mediocre goalie in the NHL so I wouldn’t have to be subjected to this kind of debauchery.

How Much Credit Is Pres Going To Take For This?

Matthews from the slot with an actual puck. Strange how much easier that looks than having to shoot from Queens with a tennis ball.

The Rudest Goal Of The Day Award

Ovi and McDonagh both giving up the body to block shots out there in an all star game. Fucking love that. It’s shit like this that show you how competitive these sons of bitches are. Sure, there’s a million dollars on the line. But the game means virtually nothing and they’re both selling out.

– When you’re the drunkest guy at the party and you’re trying to get everybody else to catch up.

Big time fan of the white mitts the Central team were rocking.

– I mean… I guess these two guys are alright. 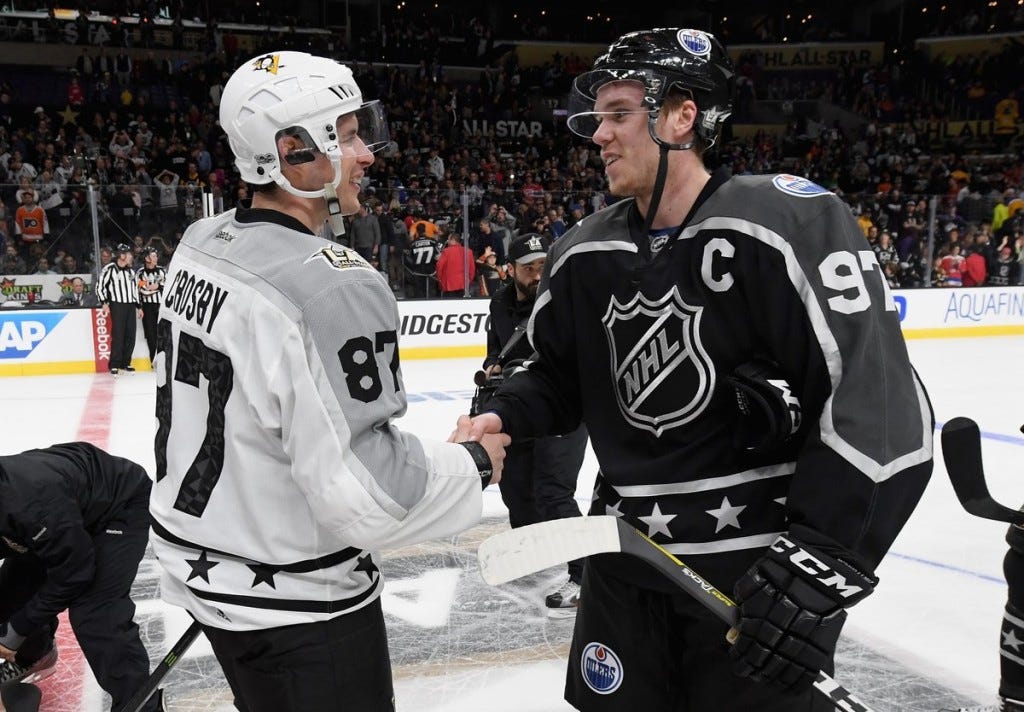 Overall, pretty great day for the NHL. Pacific over Central 10-3, Metro over Atlantic 10-6, and then Metro over Pacific 4-3. The big names like Crosby, Ovechkin, McDavid and Matthews all got themselves on the board. Some cool moments with the Top 100 players during the pre-game ceremony. Nick Jonas sang some songs and everybody went home happy. We should do it again sometime.

P.S. – kevdog, honest question; should I ban you from commenting or will you just quit on your own? Bozo.