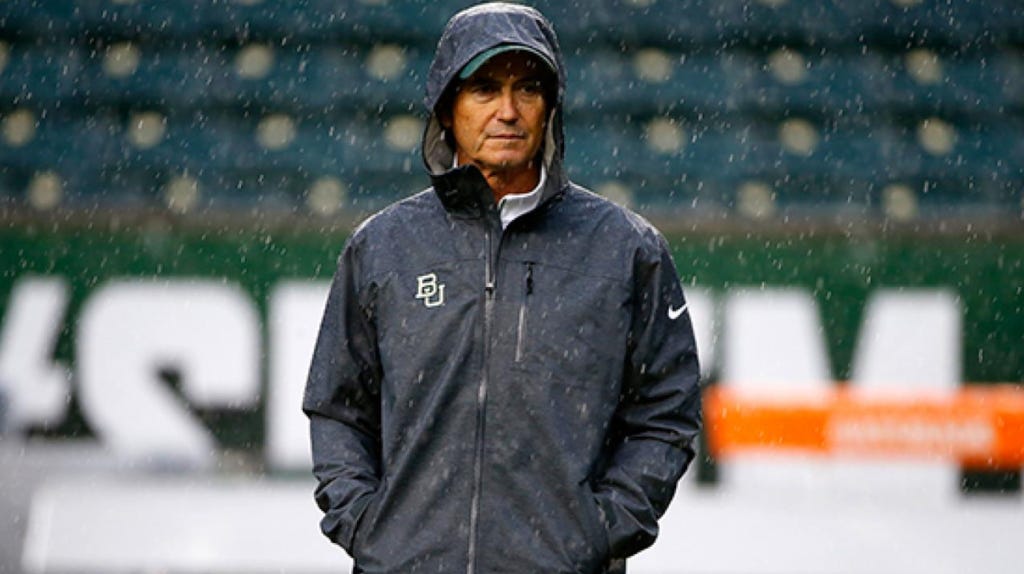 Dallas News – A Baylor University graduate who says she was raped by football players in 2013 sued the university Friday. Her lawsuit includes an allegation that 31 Baylor football players committed 52 acts of rape, including five gang rapes, between 2011 and 2014 — an estimate that far exceeds the number previously provided by school officials.

Those figures could not be independently verified Friday, and Baylor declined to comment.

The woman, identified in the suit by the pseudonym Elizabeth Doe, reports being brutally gang raped by then-Baylor football players Tre’Von Armstead and Shamycheal Chatman after a party on April 18, 2013.

Those football players were previously named as suspects in a police report for a rape on that date, but were never charged. They could not be immediately reached for comment Friday.

She is suing Baylor for Title IX violations and negligence.

John Clune, the Colorado attorney who represents the woman, said in a statement that he appreciated what Baylor has done to try to fix its sexual assault problem, but “this is one that needed to be filed.”

“As hard as the events at Baylor have been for people to hear, what went on there was much worse than has been reported,” he said.

Listen everybody knows how these things works. Everybody knows the words “alleged” and “could not be verified” are absolutely crucial here. You can’t just read a headline that’s trending on your Twitter feed and jump to conclusions and judgements. But I will say that is a lot easier to abide by when you’re talking about a single instance – seeing an alleged 52 RAPES by 31 PLAYERS is a lot harder to stay neutral on. I mean…FIFTY TWO. By THIRTY ONE players. Including FIVE gang rapes. Those are astonishing numbers. Disgusting numbers.

One of the woman’s alleged attackers — Chatman — was accused of rape once before, the suits says, but the university failed to intervene. In that case, the suit says, a student athletic trainer reported that Chatman raped her at his off-campus apartment, so the university moved the trainer to a female sports team and agreed to pay for her education in exchange for a non-disclosure agreement.

The lawsuit describes a culture of sexual violence under former Baylor football coach Art Briles, in which the school implemented a “show ‘em a good time” policy that “used sex to sell” the football program to recruits

Former assistant coach Kendal Briles — the son of the head coach — once told a Dallas area student athlete, “Do you like white women? Because we have a lot of them at Baylor and they love football players,” according to the suit.

Again I’m never comfortable passing judgement on people in the heat of the moment when mob mentality rules the day. But damn. If even 1% of this ends up being true Baylor football and Art Briles are a fucking disgrace.