What a goddamn hero! FedEx guy! Do work buddy! A bunch of punk ass protestors doing punk ass protestor things like trying to burn the Amrican flag and the FedEx dude was having NONE OF IT. They picked the wrong day to protest in Iowa City. FedEx guy stopped delivering packages and saved the damn day. I wanna kiss that FedEx dude on the mouth. Walked right up to the protestors and swiped their flag. Listen here, protests are fine. Peaceful protests are a part of this country. Always have been and always will be. But don’t be the asshole who burns the American flag. Don’t do that. I understand people have the right to burn the American flag but that doesn’t mean you should burn the American flag. Those two things are very different. Nothing makes you look like a bigger asshole than burning an American flag on the street. I love how our FedEx hero came back for seconds like, “I know you pieces of shit have a second flag. GIVE IT TO ME!” He even brought a fire extinguisher. H-E-R-O. 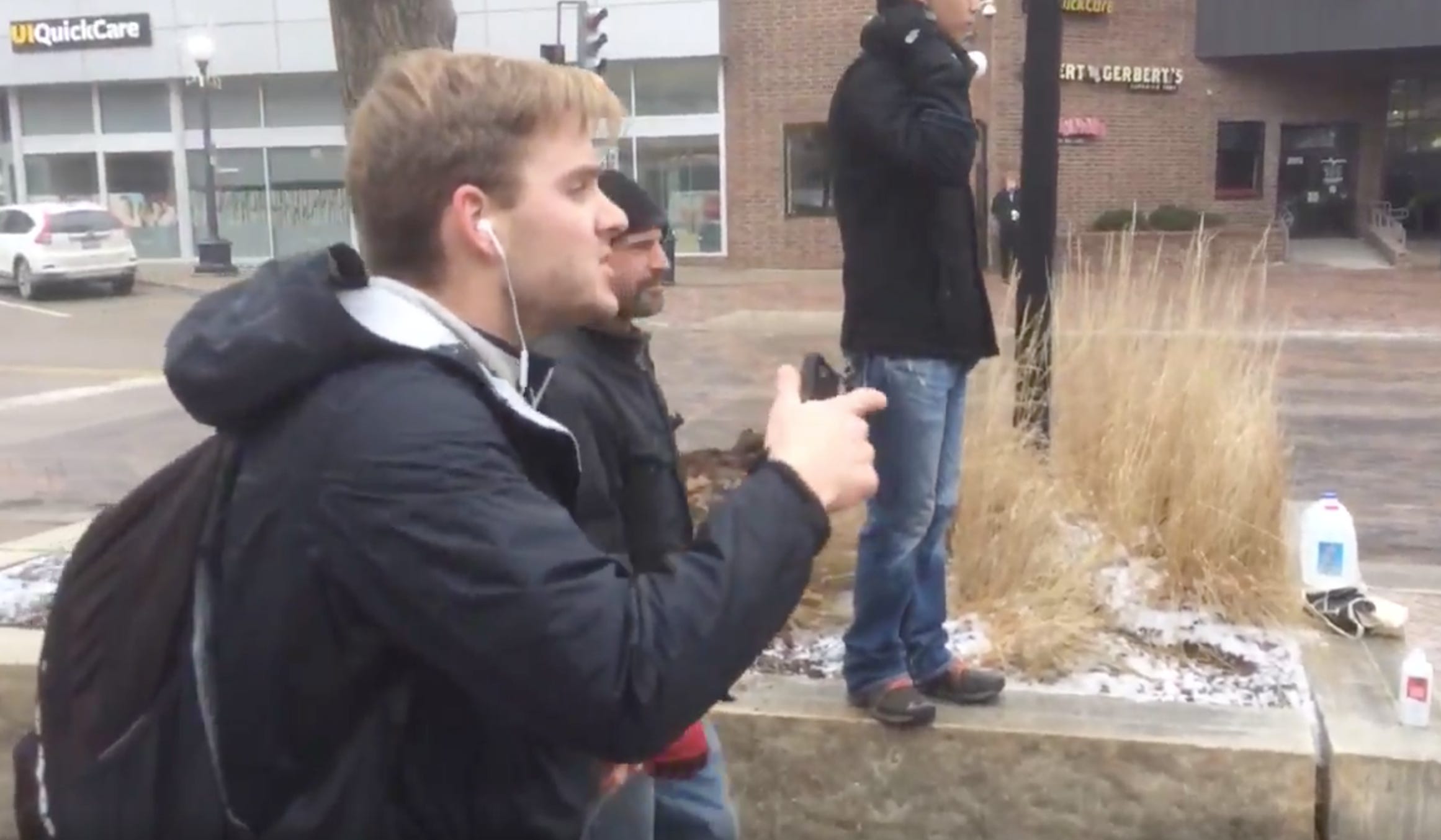