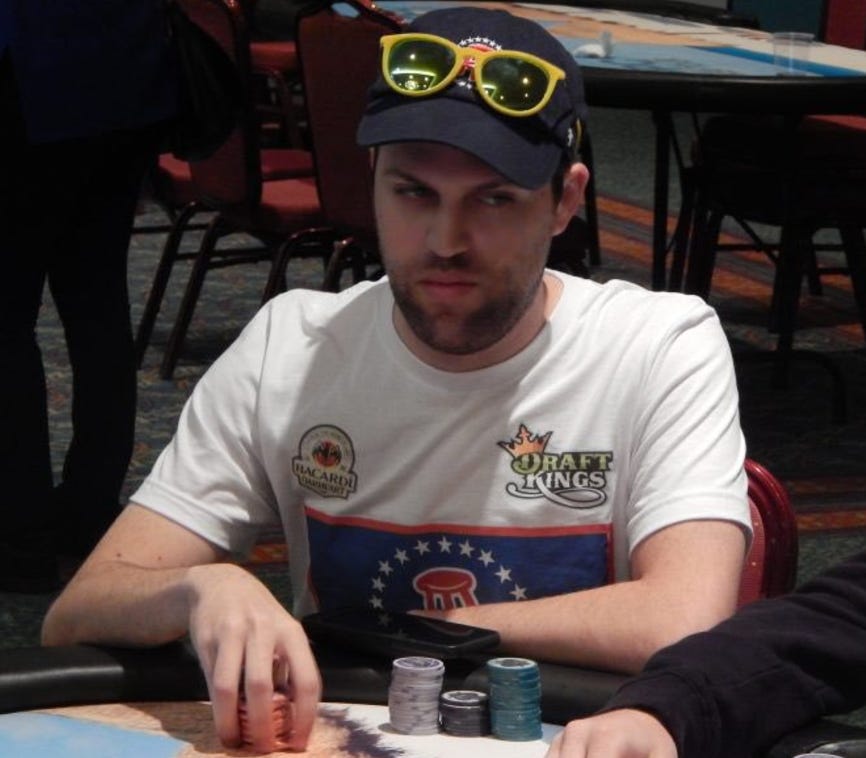 So yesterday I was telling Riggs about how I am playing in the $3500 main event at Borgata next week after winning a seat online (Shout out to my screen name, A+ effort on my part)

And Francis of “This Is Barstool” fame asked if I ever play underground games around the city. Underground games meaning you play with some pals at someone’s place and everyone has a jolly time and it’s not like Rounders at all. He then told me his friends play in a few, to which I replied that I used to play at Irv Gotti’s apartment when I moved here for the first time 5 or so years ago, but haven’t played any during my current time here.

Apparently casually dropping that you used to play poker at Irv Gotti’s place gets people’s ears perking up. Lots of coworkers giving me that “what the fuck did you just say?” eyes, wondering how I got involved playing poker with Irv Gotti, and how it never came up before.

The answer, first off, is unfortunately Irv was never there when I was there. But his presence was felt nonetheless: 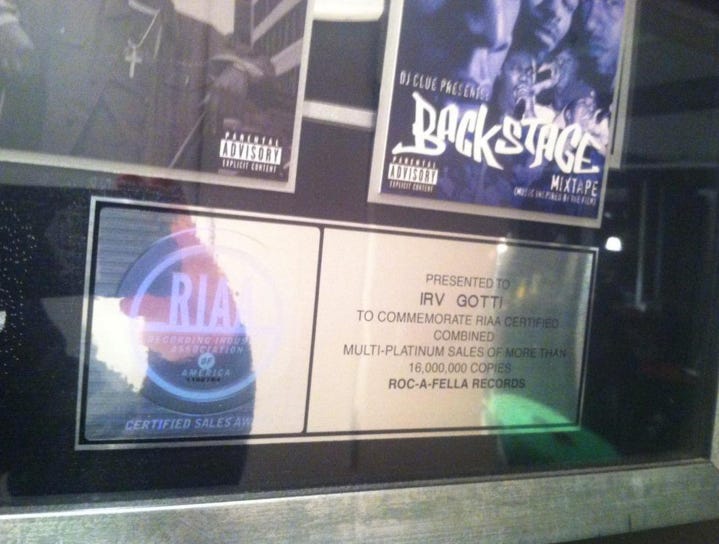 Just plaques like that hanging everywhere you looked. Jay-Z, DMX, and even Barstool Sports’ own Ja Rule adoring the walls.

So how did I get involved anyway? Simply put, when you’re heavy in the poker life, you start to meet people. People who know people who know people. They find out you’re willing to put entire paychecks on the table and gamble it up, and next thing you know you get a hot text with an address, you show up, and start playing.

I’m pretty sure I lost a shit ton playing there, mostly because I used to suck at poker, especially cash games. Nowadays I only slightly suck but am good enough win trips to Aruba and online satellites to play in $3500 tournaments at the Borg. It’s the biggest tournament I’ve ever played in, so good luck to me as I try to get rich.