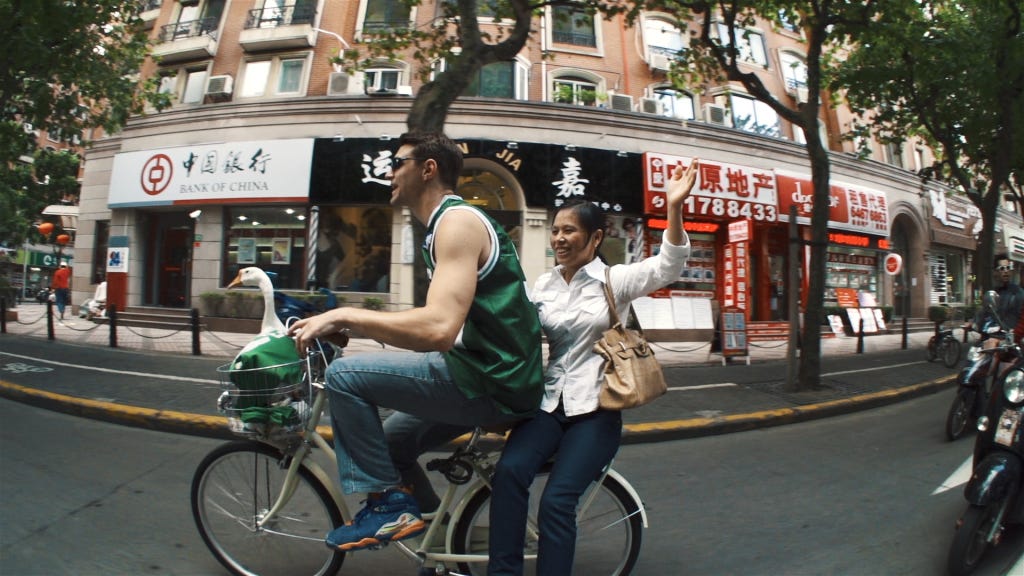 What do these all have in common? As of today, they all have foreign correspondents. That’s right folks, Barstool has officially gone GLOBAL! And by global I mean they’ve sent me overseas to troll foreigners until I’m inevitably kidnapped a couple months into the gig.

Now most of you have zero idea who I am, and if you do, it’s probably thanks to my videos that have been featured on the Stool such as pretending to be Roger Federer in China or sneaking into the ring at a Manny Pacquiao fight in Macao. I’m not going to get into my backstory at the moment. That’s a blog for another day. All you need to know about me for now is that I’m a B to D list celebrity in China depending on the month,

I’ve been a Stoolie since my days of molding young minds as a Chinese University Professor.

and I kickstarted the “Ted Cruz is Kevin from the Office” truther movement.

Who I am isn’t important tho, it’s what I plan TO DO that is, which is crank out content featuring some of the weird, awkward, fascinating, and sometimes kinda fucked up customs and sporting traditions from around the world. I’ll be focusing on Asia at first and will be based in Shanghai, China, a city I’ve called home for 5 years without  somehow ever getting cancer.

While this may seem like the best job since Caleb was paid to cavort with college co-eds on a weekly basis, I can assure you that it will be far from glamorous. I plan on staying in nothing nicer than 1 star hostels and subsisting off a steady diet of street food until I get dysentery. Some of the stuff you’ll see will make you happy and relieved to have been born in the US. Other things may make you think “hey that looks kinda cool. Maybe the (insert ethnicity) aren’t as shitty as KFC makes them out to be!”  All of it though is sure to give you the impression that I’m a very mentally stable individual.

Whatever happens, I’m incredibly blessed to have been given this opportunity by Barstool Sports, and I plan on making the most of it. Until the Chinese government blames me for racist comments on my blogs and sends me off to a labor camp.

First Stop: The Philippines, whose president used to drive around on a motorcycle and murder people. Bon Voyage!