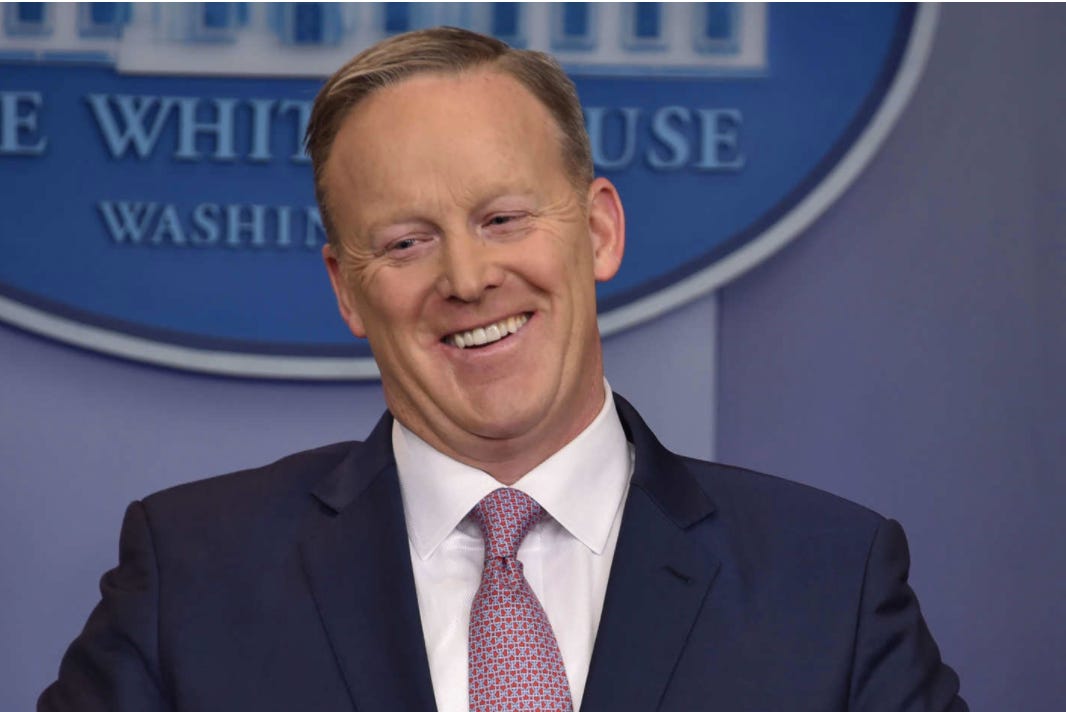 NY Mag – Everybody knows that breakfast is the most important meal, a time to stock up on nutrient-rich foods that give us the energy we need to tackle the day. Or, if you’re White House Press Secretary Sean Spicer, it’s a time to chew and swallow 35 sticks of Orbit cinnamon gum.

In an August 2016 profile in the Washington Post, Spicer cops to a gum habit the likes of which we haven’t seen since May of 2016:

This is the face of today’s Republican Party: The nose is pinched, the hair is sandy blond, the eyes are intense. But all you really need to know can be seen in the mouth. This is where Spicer’s talent and nervous energy meet. Watch it open wide enough to inhale his phone as he yells at an editor. Behold its versatility, as he at once chastises Trump for calling Mexicans rapists and murderers while also lauding him for calling attention to the issue of illegal immigration. Even when he is not speaking, it works on overdrive, churning through pieces of Orbit cinnamon gum, which he chews and swallows whole. Notwithstanding his line of work, the man just can’t stand a gross-feeling mouth.

“Two and a half packs by noon,” said Spicer. “I talked to my doctor about it, he said it’s no problem.”

Someone find Sean Spicer right now and lock him up. Put him in jail. Solitary confinement. Not even because he chews 35 pieces of gum for breakfast. I’m a big believer in eating whatever you want at whatever time. And not even because he swallows all that gum. I like to live on the edge. Fuck anybody who says thats dangerous. All that “7 years to pass through you” nonsense. Get lost.

But the main issue I have with crazy ass Sean Spicer is that its Cinnamon gum. What a fucking outrageous choice in gum flavor. Big Red? Trash. Orbit Cinnamon? Basura. 35 pieces of cinnamon gum in your belly is repulsive. Thats like a soccer ball of disgusting gum. How do you even shit all that out? God bless Sean Spicer’s asshole. That poor colon of his. I can appreciate a good vice. I understand addiction. But if you’re gonna be working hand in hand with POTUS you gotta have more willpower than 35 pieces of gum before noon. And you GOTTA have better taste.