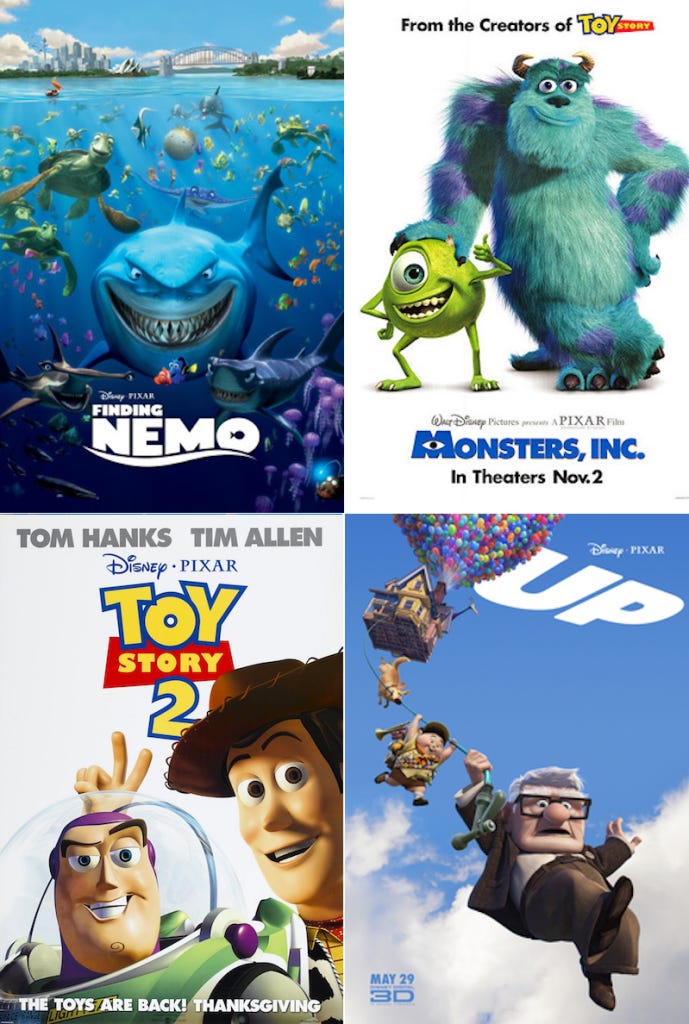 Pick which one you would eliminate

I had a pretty good response to my rankings of Pixar movies in yesterday’s blog about all the Easter Eggs that prove Pixar movies take place in the same universe. So I wanted to give Stoolies the chance to voice their opinion on some of their favorite Pixar movies but I couldn’t figure out how to do that easily so I just plopped together an eliminator and called it a blog.

Now I didn’t include the original Toy Story because it was unfair to even mention it with the other movies. It’s the Tecmo Bo + the 2004 Madden Vick of Pixar. So the lesser Toy Story 2 fills in. I put in Finding Nemo and Monsters Inc. since they were both mega hits early in Pixar’s run and people loved that old lovable fuck in Up. According to my rankings from yesterday, Toy Story 2 gets the axe. And since I am a big ol’ pussy, I’m already second guessing that.

But this blog isn’t about me. It’s about the Stoolies and their voices. So vote which movie you would eliminate below.