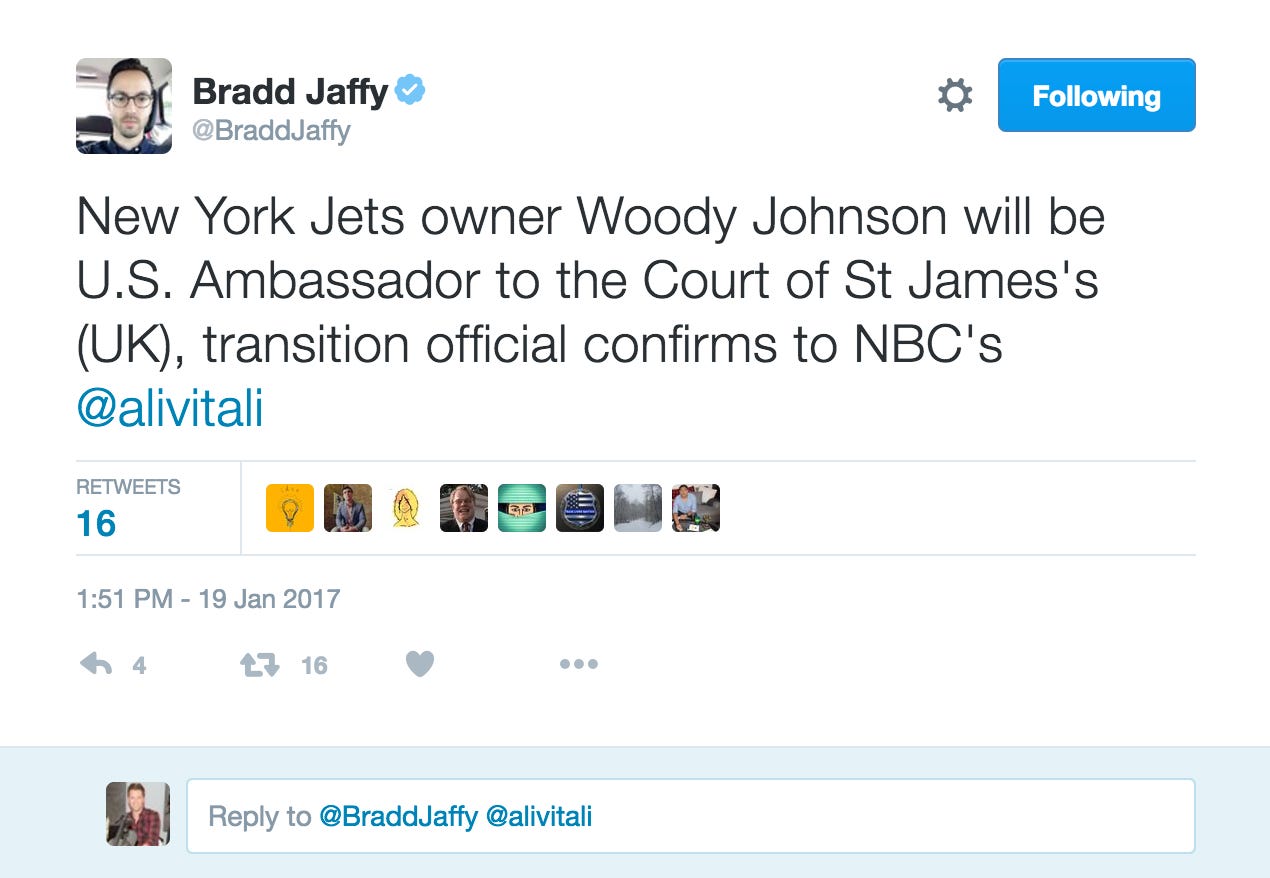 This franchise fucking sucks, man. I know PMT makes the “Football Guy” joke but Woody Johnson is as FAR AWAY FROM FOOTBALL GUY AS YOU CAN GET. He’s a business man twirp who happens to own a football team. Cant find a competent head coach or a quarterback that can throw the ball but HEY! Its high tea and cucumber sandwiches with the queen! Make sure you get photos with Baby George, Woody! You fucking asshole.

Only silver lining here is that maybe Woody will sell the team. Maybe this is his dream. Maybe he wants to be an international ambassador. Work for the UN or some shit. That would be amazing. Or maybe he’ll just move the team to London and I can officially quit being a Jets fan. That would be equally as good.