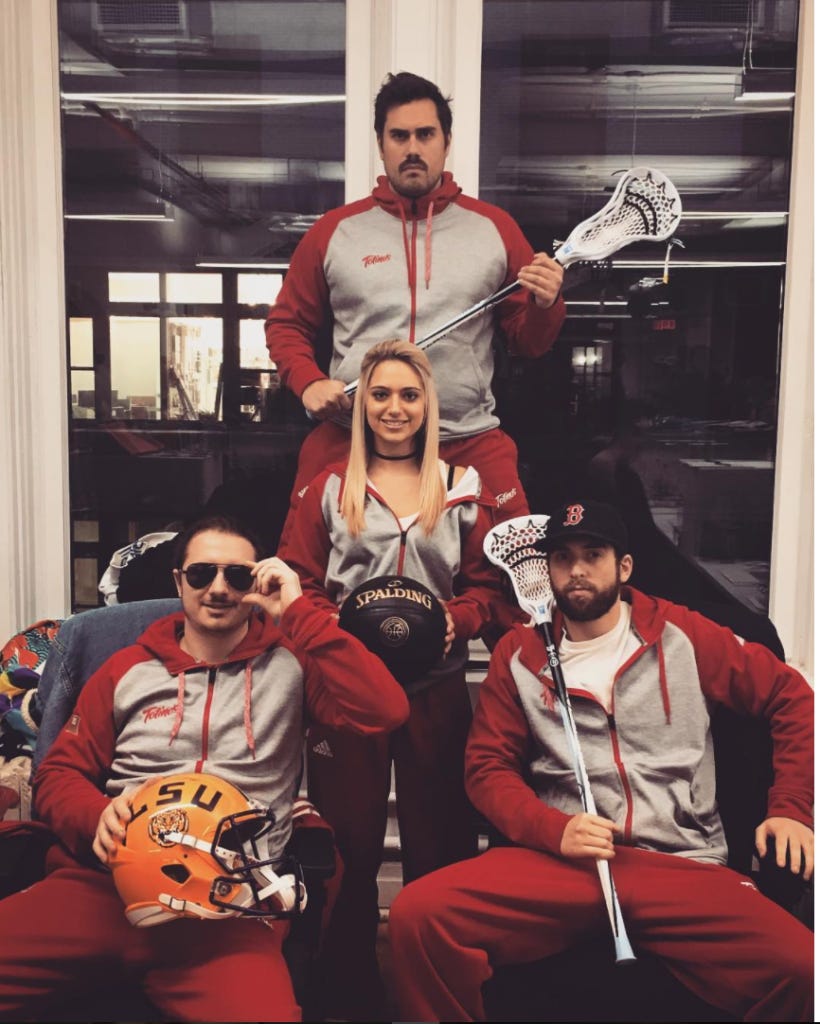 In honor of Donald Trump’s presidency I have decided to take the reigns back and Make The Power Rankings Great Again. Huge thanks to Intern Ria for filling in last week, she did a great job and I’m not just saying that because I’m intimidated by her. Gave me some time to step back and be just another one of the guys, instead of just another one of the guys who made up a weekly rankings feature with an arbitrary set of criteria. Nobody being nice to me, nobody sucking up and pandering with things like buying me coffee and lunch and telling me how awesome I am. A nice change of pace.

It was a good week to be back in the driver’s seat too. Lot going on around HQ, the biggest story of course being #CorporateCardAtTheClubGate. Caleb ordering multiple bottles of [Brand Name Redacted Because Of Lack Of Advertising Dollars] to Dave’s table at Tao, getting stuck with a $4K tab, and having no choice but to drop the Barstool AmEx on it. Finance Resnick demanding he pay it all back because he’s a stickler and doesn’t think employees should be using company money to drink at the club, kind of an old-fashioned way of thinking but whatever. Lucky for Caleb he’s a smart guy and got it paid off in the classic Barstool way of selling T-shirts, so alls well that ends well.

The rest of the week was just the usual chaos – blogs, noise, Sirius, Comedy Central prep, meetings, interns as far as the eye can see. So let’s get into it, the top 5 employees of the week, the people who need improvement for next week and all the highlights from Barstool HQ. 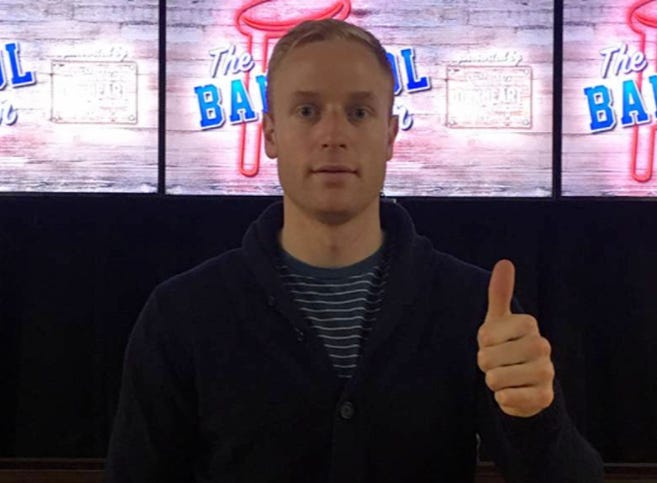 The winner of the first ever Barstool Idol. The last man standing after a grueling competition. I have a ton of respect for anyone who could go through that process, let alone win it – showing up to the Barstool office in front of all the established personalities, getting thrown on camera, told to just “come up with something funny” every day, getting judged by Pres every day. That’s not easy. Also he has cancer. People forget about that. He tries not to let you but people do.

Safe to say that Francis has hit the ground running around here. Yesterday required a 25 minute learning session, a little healthy debate about why a story about an anorexic rape survivor wasn’t exactly prime blog material for a comedy website. But he’s certainly trying. He saw a gap in our coverage of eating disorders and sexual assault and he attacked it. That’s the type of initiative we need around here even if it’s horribly misplaced.

Also the guy carries a headshot around with him. That’s a red flag no pun intended. 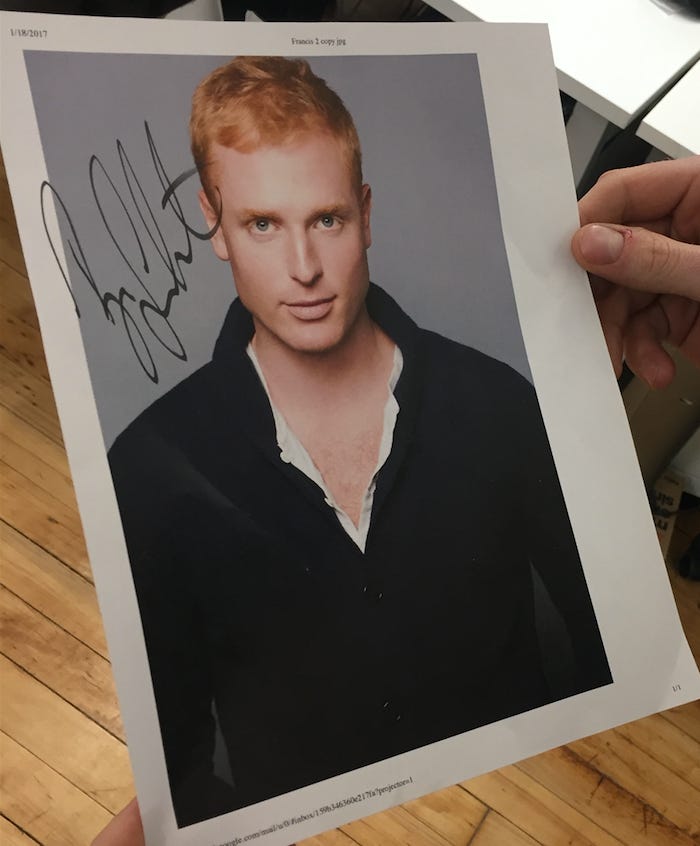 The internet vs. real life:

Bottom line is he’s on a steep learning curve, but I do like our chemistry.

And This Is Barstool is gold.

Intern Robbie is the wildest fucking wild card. I had no idea who he was for literally months. I had no idea why Riggs had an intern. Just sitting over on the recliners quiet as a mouse. Next thing I know he’s fighting fucking MMA chicks getting kicked in the face and bodyslammed through the floor boards.

Writing like 7 blogs a day about UFC rule changes and fighter retirements. I don’t know what’s going on but I like it. Every company needs a guy like Intern Robbie to keep them on their toes. Is he going to sit silently all day or is he going to come over and whoop somebody’s ass? You honestly never know and it’s perfect. Complacency is the cousin of death. 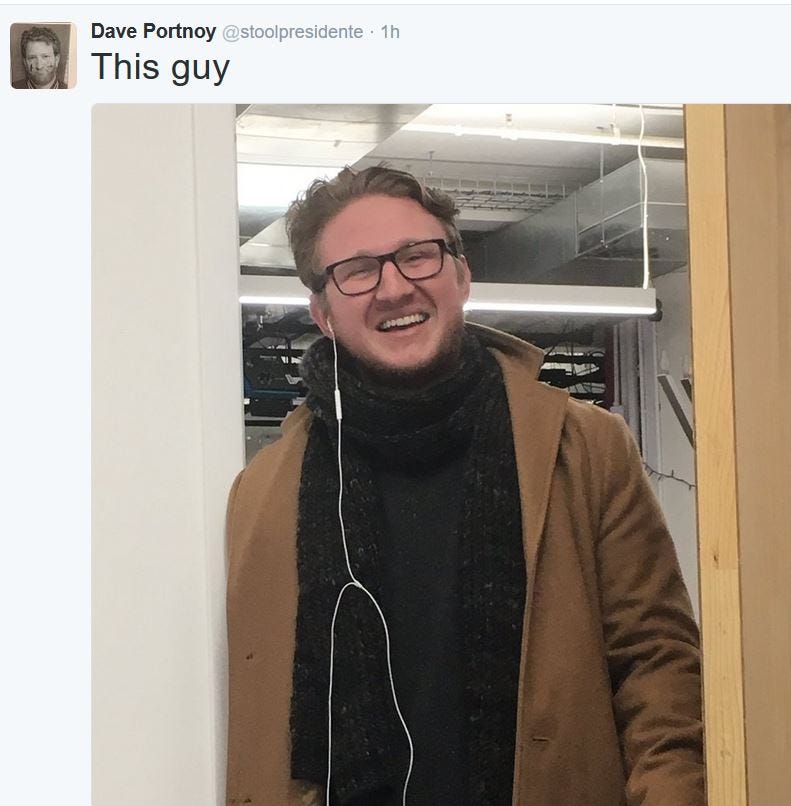 Takes a big old set of balls to walk into this office wearing anything even remotely different especially with Portnoy sitting right by the elevator waiting to humiliate you. So props to Feitelberg for starting the movement – gave me the confidence to take the contacts out and throw it back to the frames, and now those of us that weren’t included in #JumpsuitJanuary have our own little clique to fall back on. 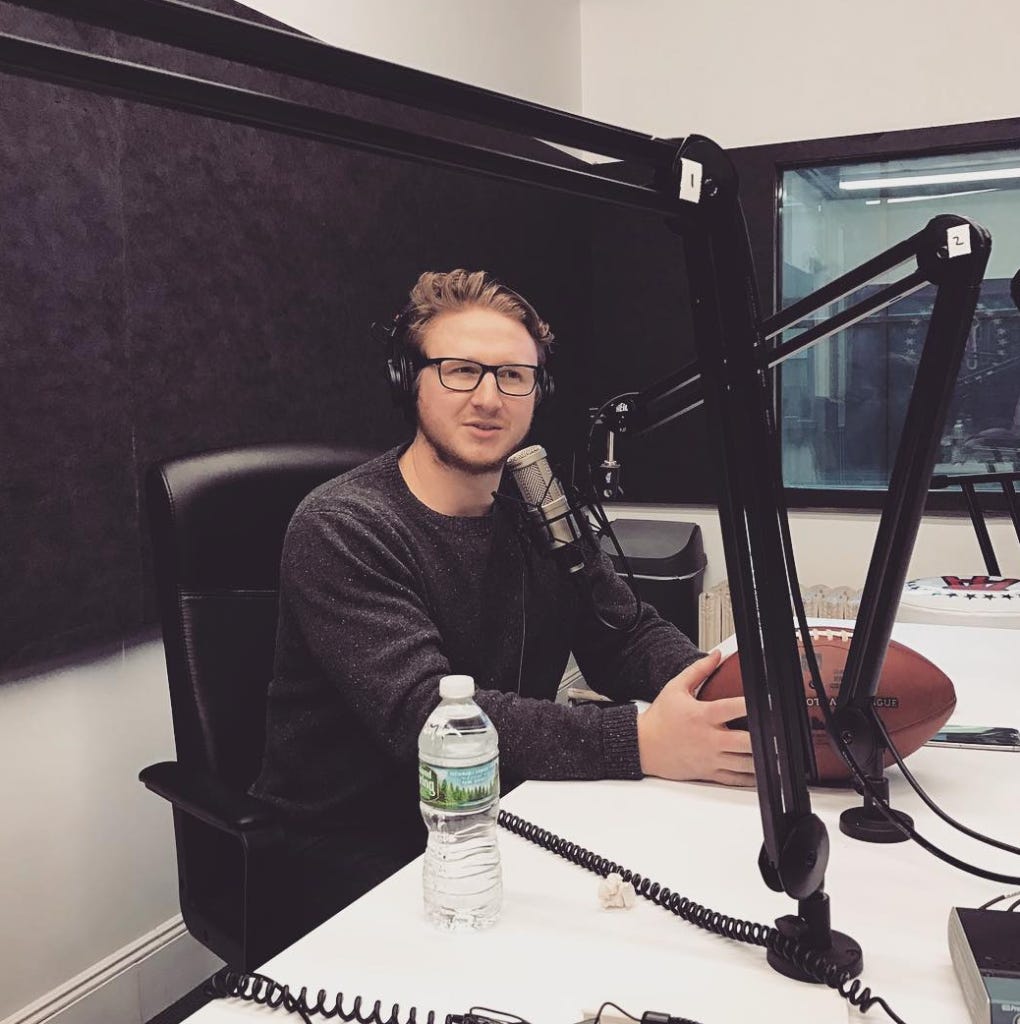 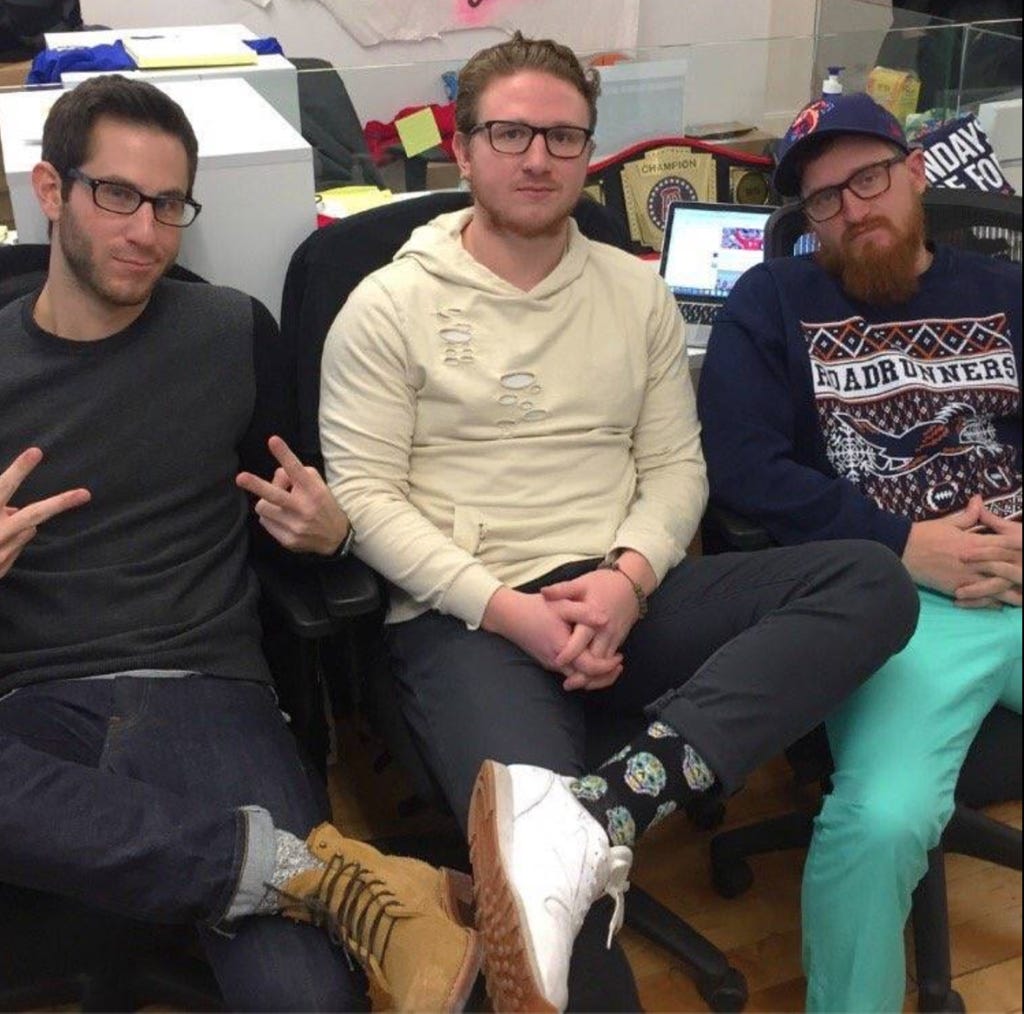 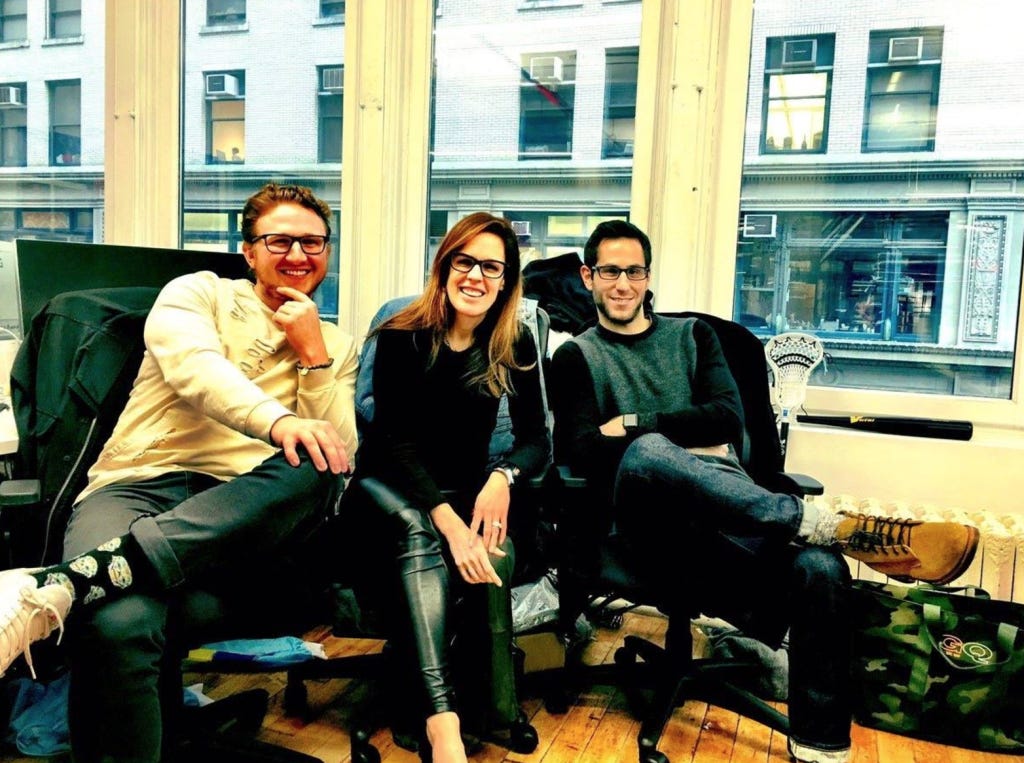 When the whole squad can see things >>> 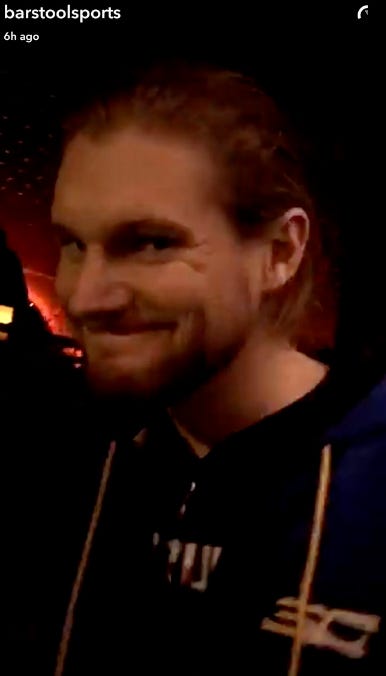 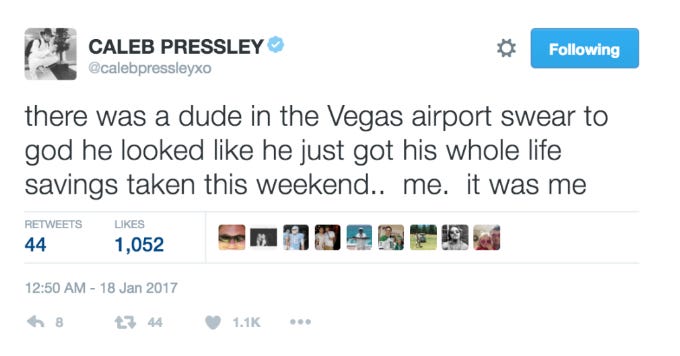 Listen the Power Rankings aren’t a charity. They’re not here to pick people up when they’re feeling down or to make anyone feel good about themselves, they’re just facts only. But I won’t lie, it was tough to see my guy Caleb having such a hard time this week. So tough that I felt like I had no choice but to try and lift his spirits. Going to the club and spending more money than you can afford is something I wouldn’t wish on my worst enemy. When you buy stuff and then they bring a check over for the things you bought expecting you to pay money for them, it’s the worst. And then to get called out for it all over every outlet of a super popular website – blog, podcast, video, Sirius Radio show – that’s rough. And uncalled for. Credit to him for hanging in there and shout out to all the Stoolies who pitched in part of their hard earned paychecks to help pay our company back for the champagne on a club night we weren’t invited to. 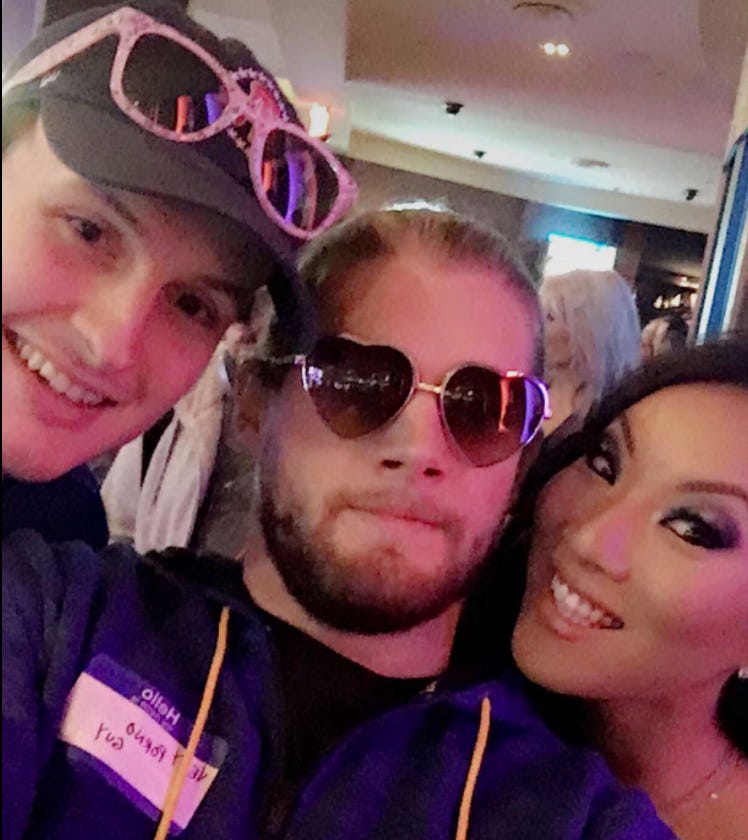 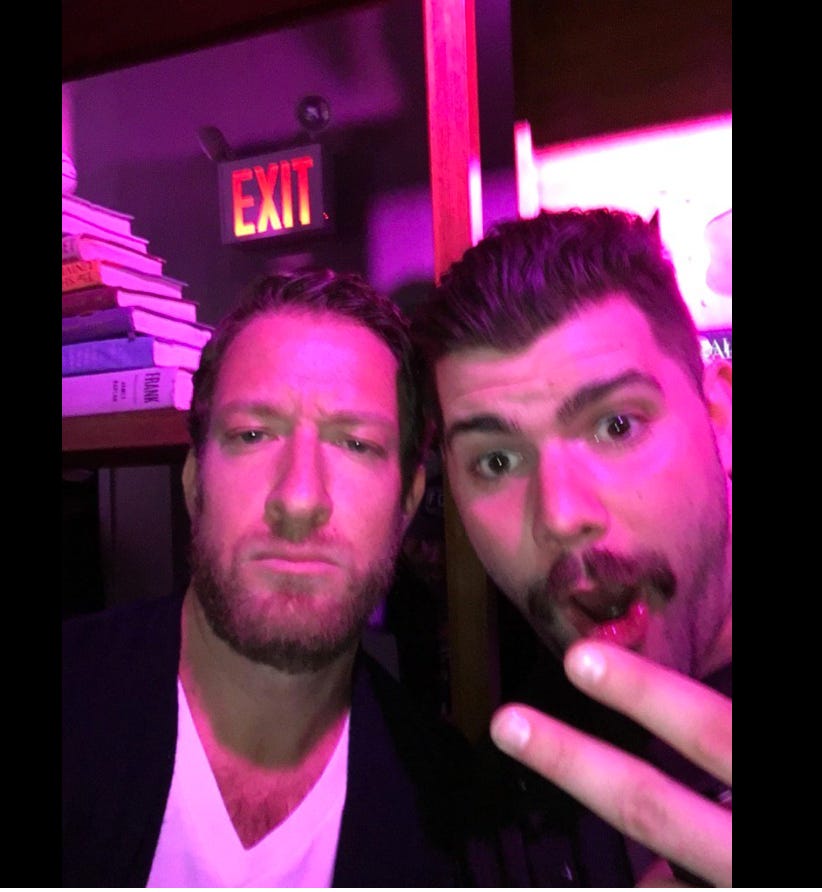 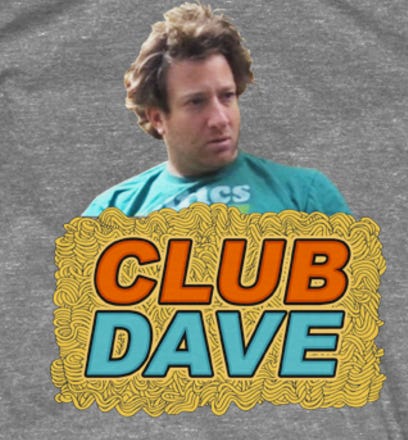 All business by day.

All party by night.

Club Dave has taken the company by storm. Nobody wants an uptight boss. Lucky for us our boss is loose as fuck. You’d want to get out a little bit too if you spent 2 hours a day live on the radio followed by a Rundown followed by blogs and meetings. Find him in the club, bottles full of bub, no X but probably a few adderall laying around.

Club Reviews coming soon. One bottle, everybody knows the rules.

I get it, when you’re the CEO of a multimillion dollar company it’s tough to care about things like a dress code. I guess I’m just kind of a fan of professionalism. Just saying I feel like there’s a chance our valuation would be higher if our top executive wasn’t wearing pajamas to work that’s all.

“Tell everyone they are designer though and they look good” – My boss. 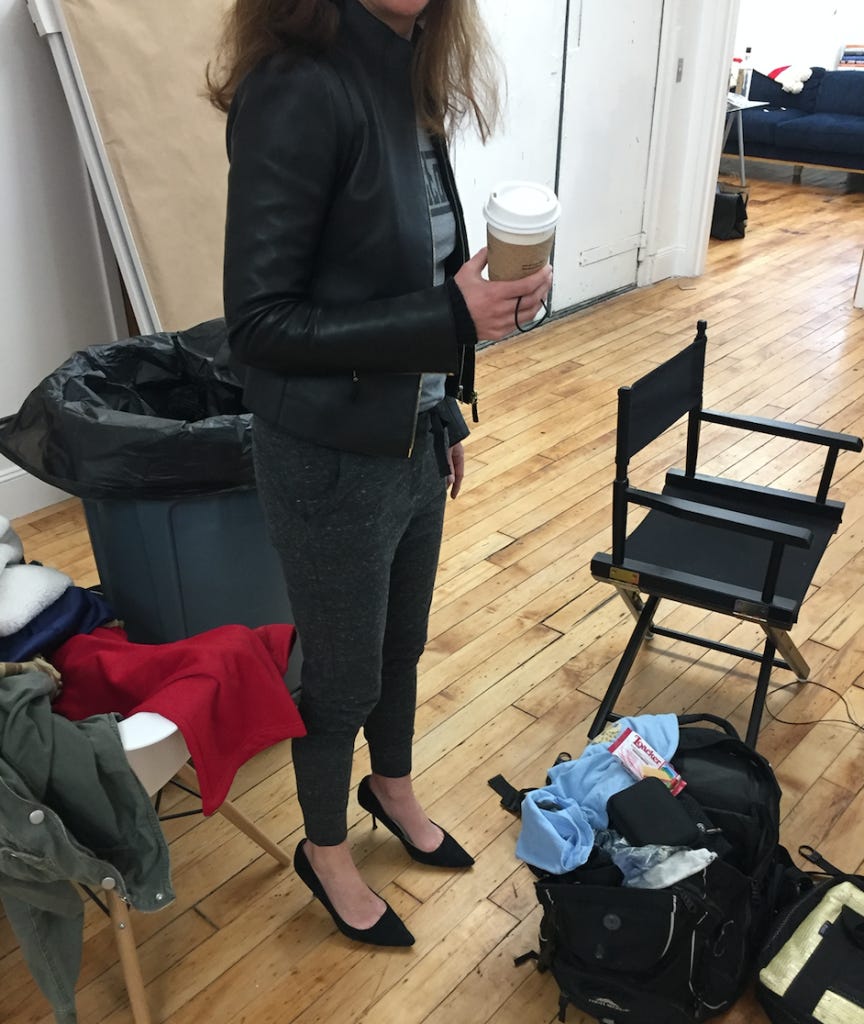 At first I put the blame on the cleaning crew when I showed up to the office and 95% of the square footage was covered by trash and open containers of food. But then I realized it was the day after MLK Day which is a union holiday so they were off, which I guess leaves the responsibility here on the shoulders of Office Manager Brett. Not a huge deal, just kind of a minor annoyance to work in a garbage pit. I don’t know if I’m being an overbearing OCD freak here but I just think that when you go to wash your hands in the bathroom and there are no paper towels so you open the drawer to look for some and 2 one month old hot dogs from 7/11 fall out, it’s actually not a good thing.

Also I suggested that we should implement an office policy where when you are done eating your food and are heading out for the night you should throw it into a trash can. Waiting on approval for that one.

Star of the Week 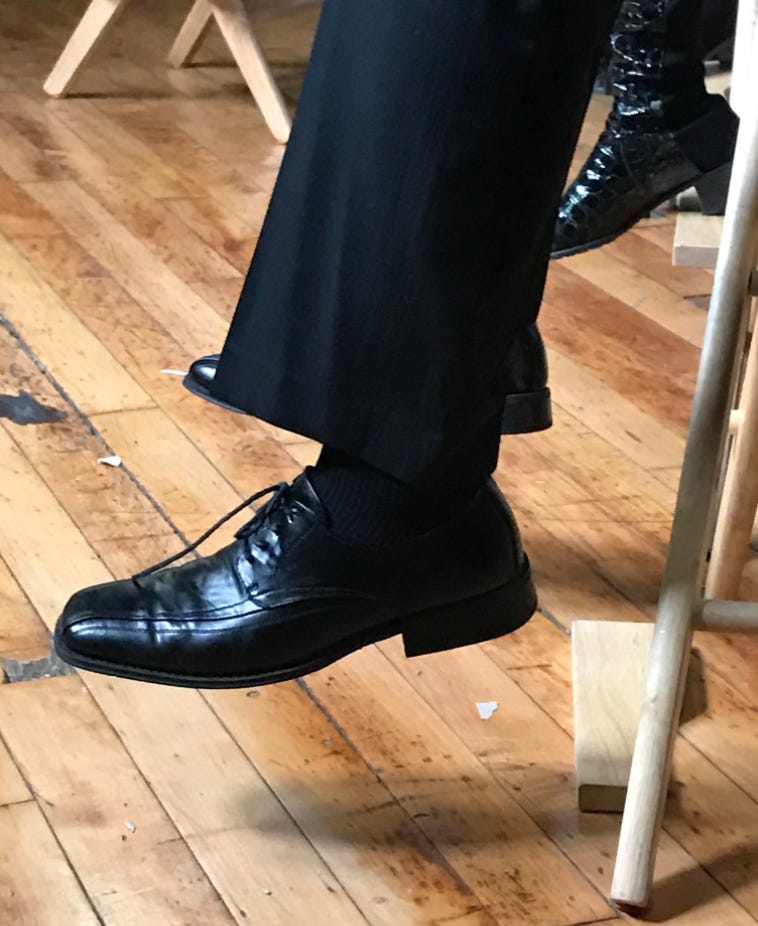 85K viewers. More people tuned in to watch Trent’s feet dangling from a broken chair than major outlets get to watch their highly produced content. Unbelievable.

That’s the Barstool difference by the way. The guy puts in hours of prep, watches 2 hours of the show with a notepad out, dresses up in his nicest suit and they stick him in a discount folding chair that breaks in 0.5 seconds – bam, turn it into one of the most watched Periscopes of the year. Lemonades from lemons. 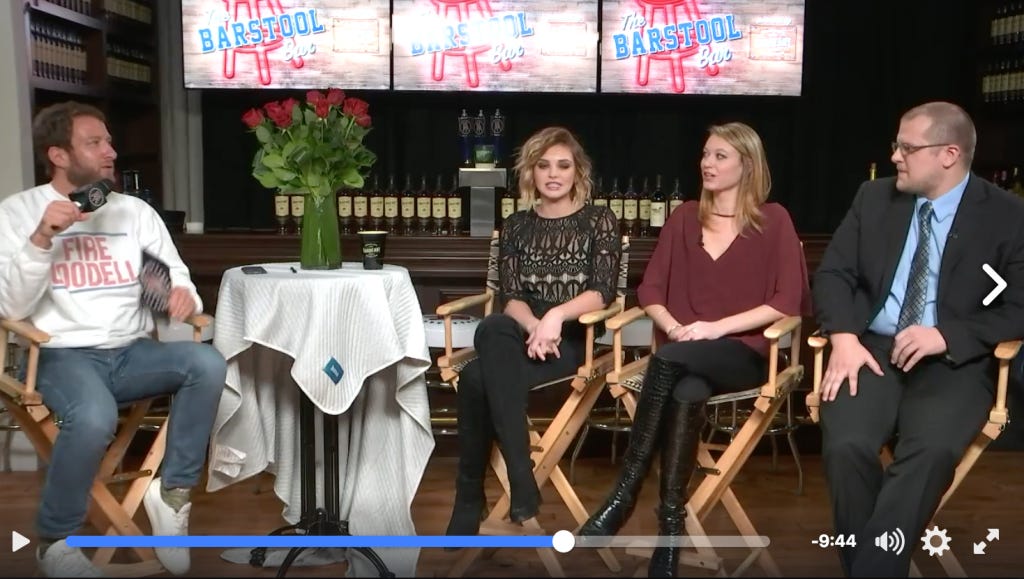 Highlights Without Rights Behind The Scenes of the Week

Always better without the green screen on.

Arts & Crafts Event of the Week

This guy Glenny, what a life. 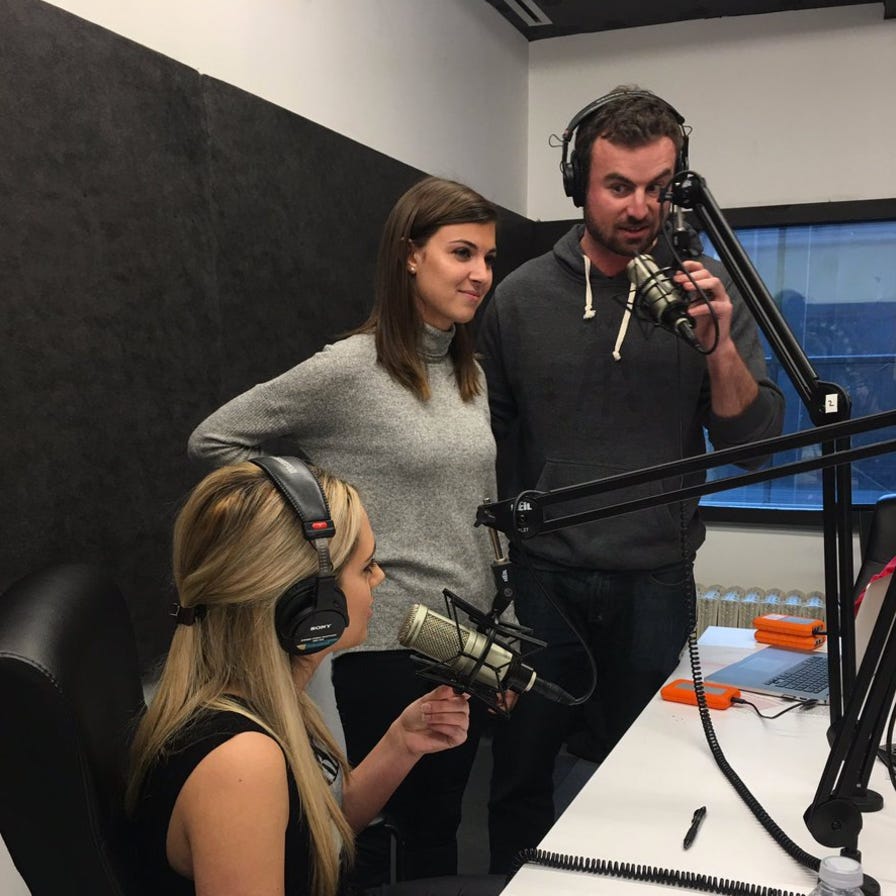 Why do I get the feeling that Smitty is going straight to the top of Ria’s shit list? 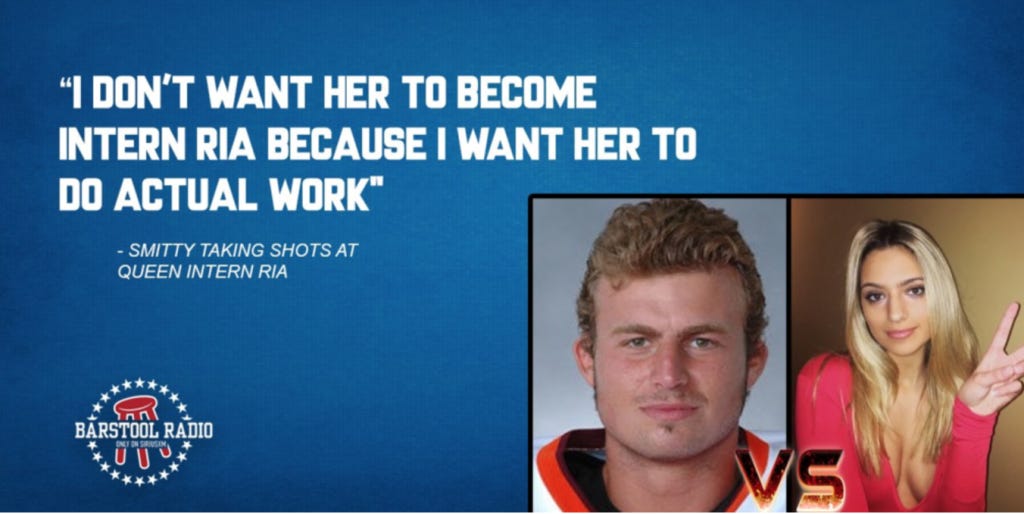 Intern rivalries…even when they aren’t happening, Pres can manufacture them out of thin air better than anyone.

But sometimes they do happen. 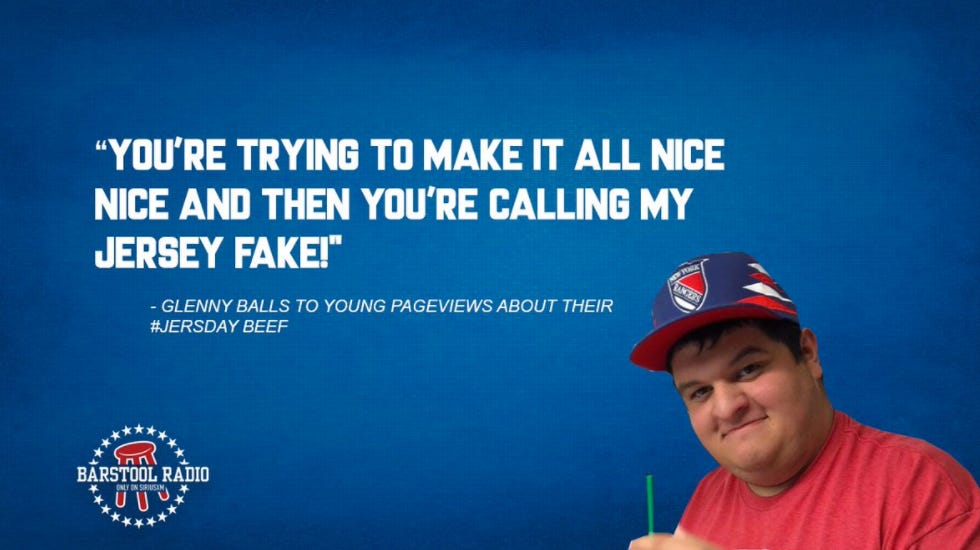 Sickest Employee of the Week 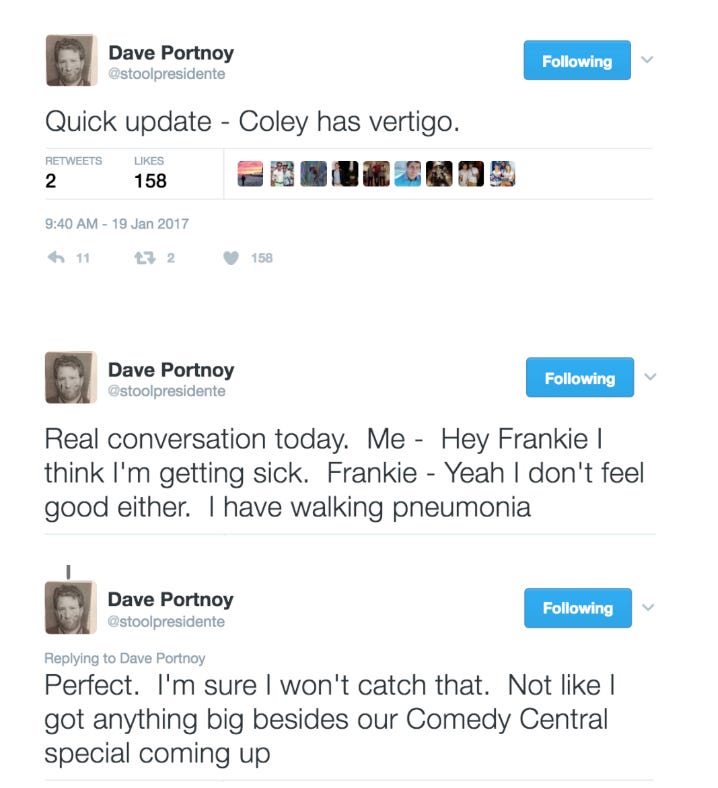 Vertigo vs. Walking Pneumonia. It’s really a toss up. We’ll see which one more people around the office become infected with and update the ruling from there.

Contract Negotiation of the Week

Whatever you sign is legally binding, important to remember that. 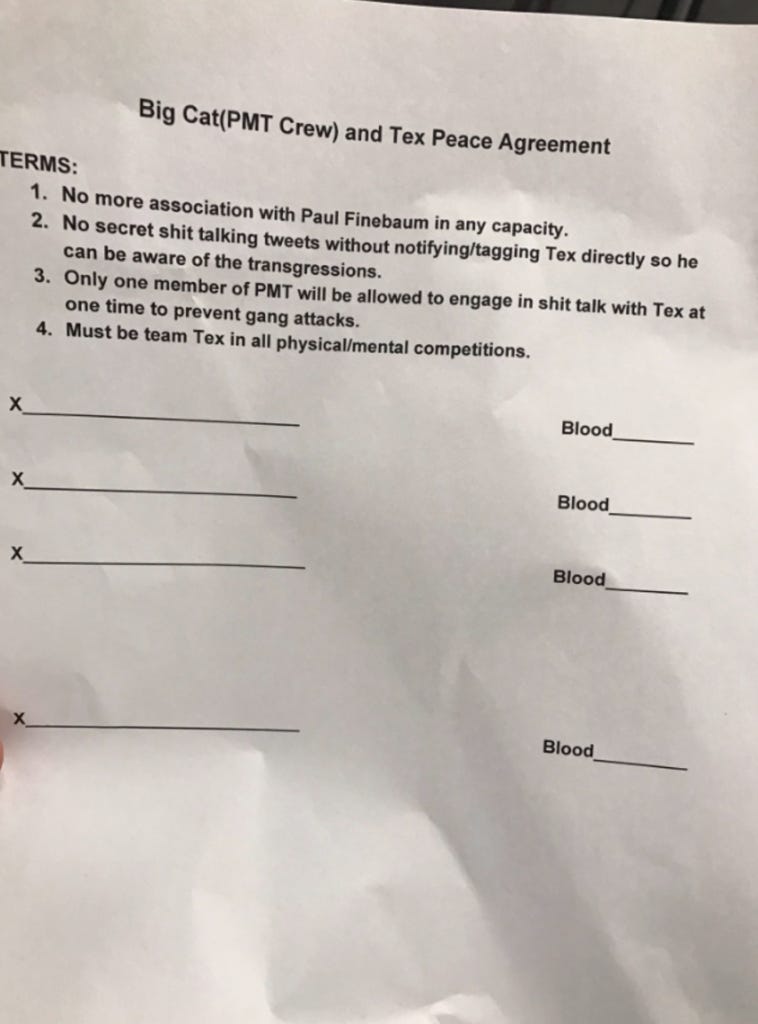 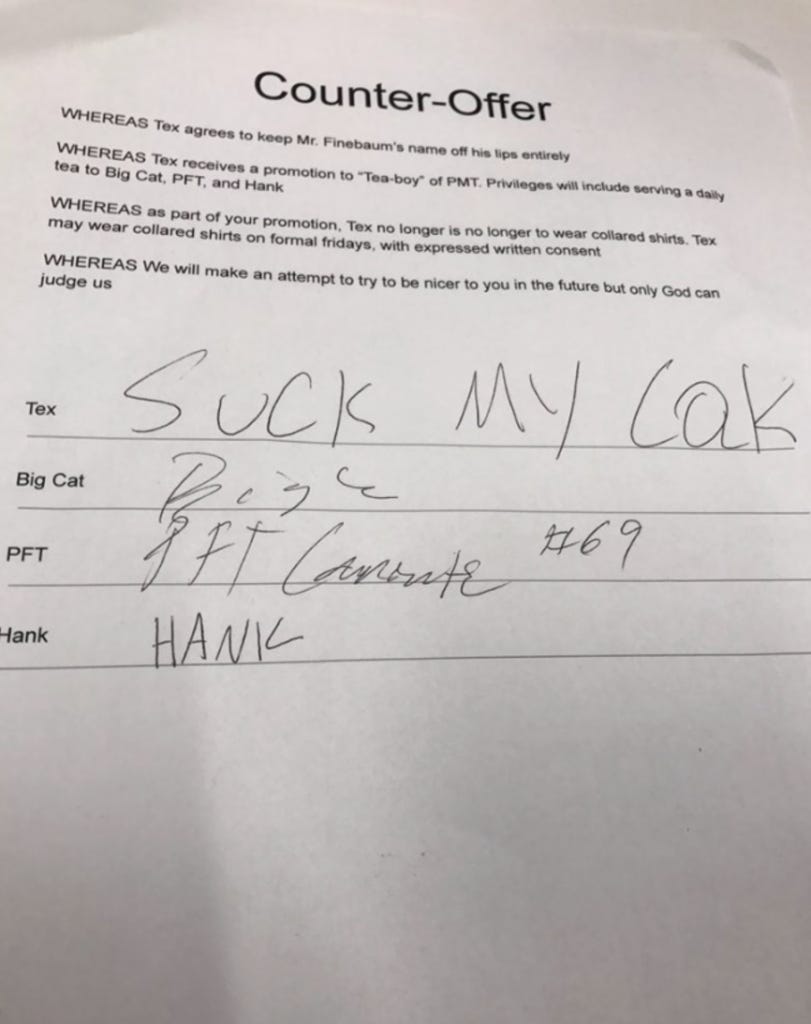 Podcast Debut of the Week

Young and Happy starring Caleb and Rone. I had the pleasure of doing a podcast with these two last month and they’re great. Unfortunately Caleb hates me now so I probably won’t be invited on this new one but I’ll still listen because I’m a team player.

DVR Setting Of The Week 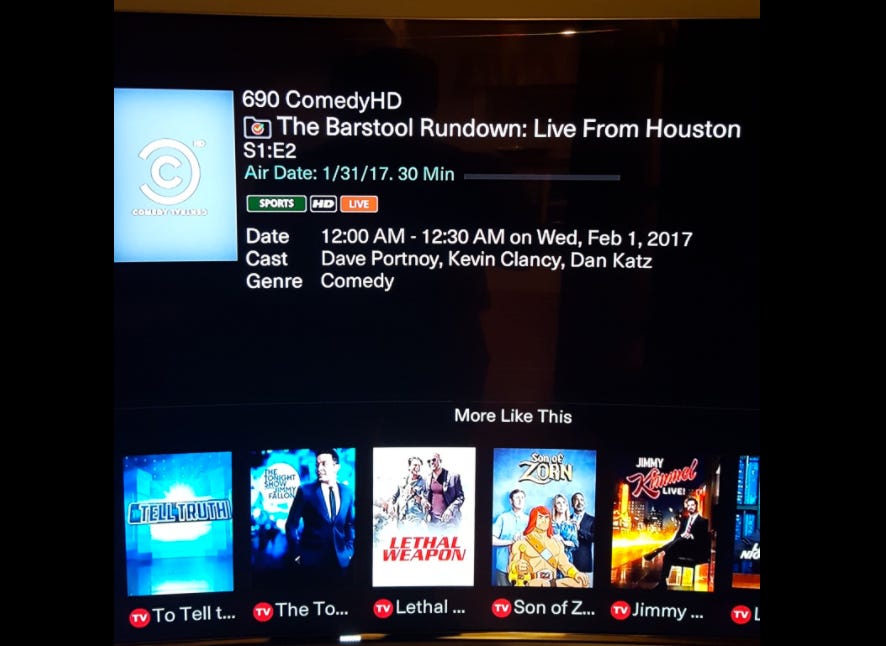 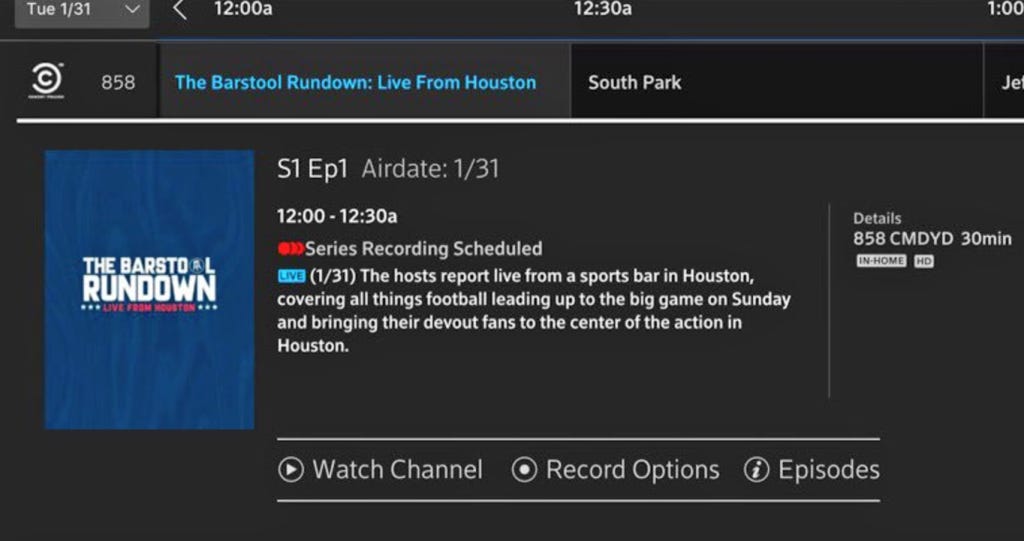 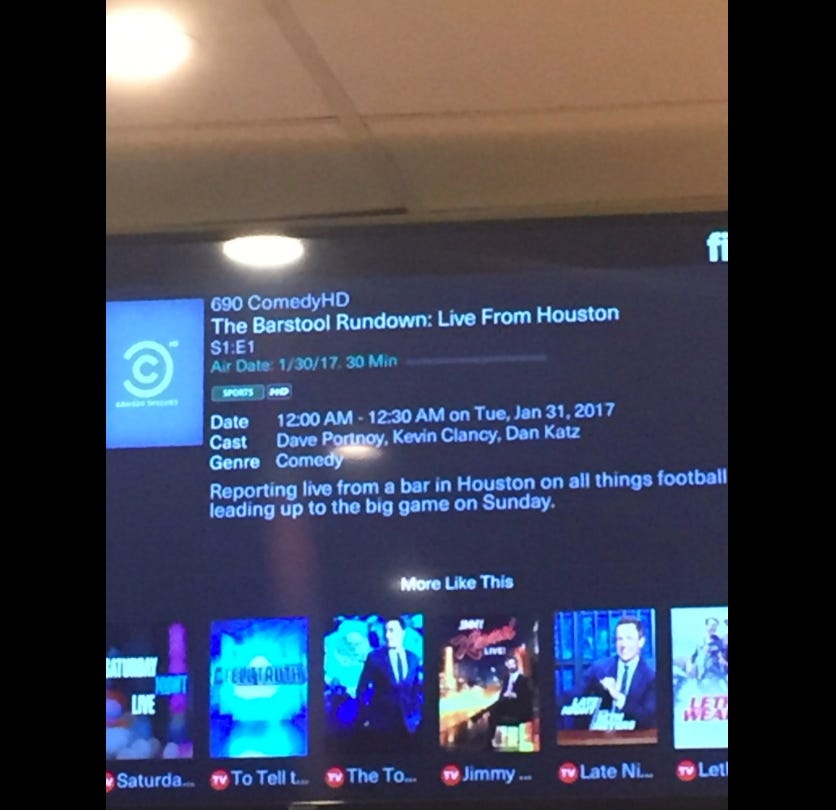 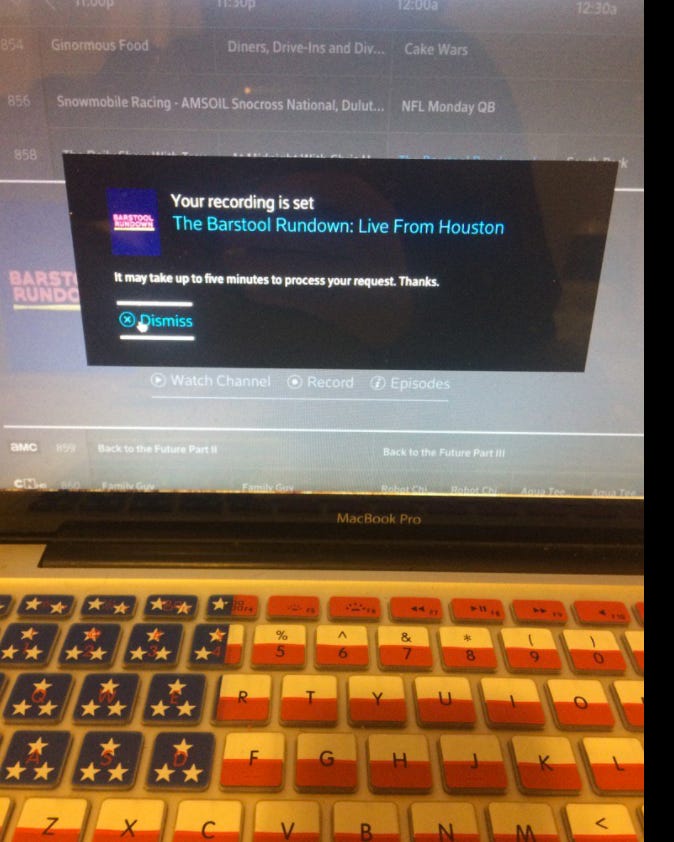 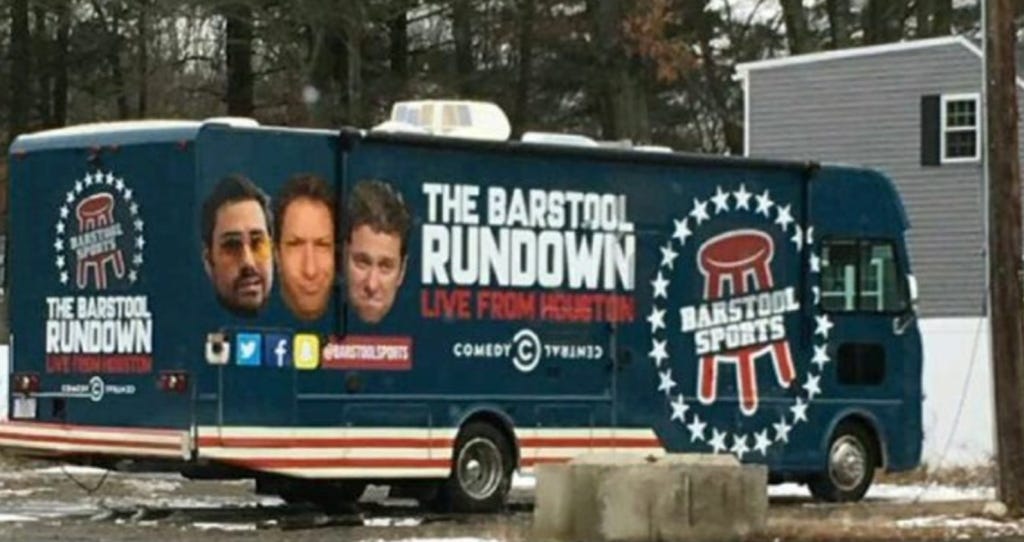 #Fitspo Of The Week 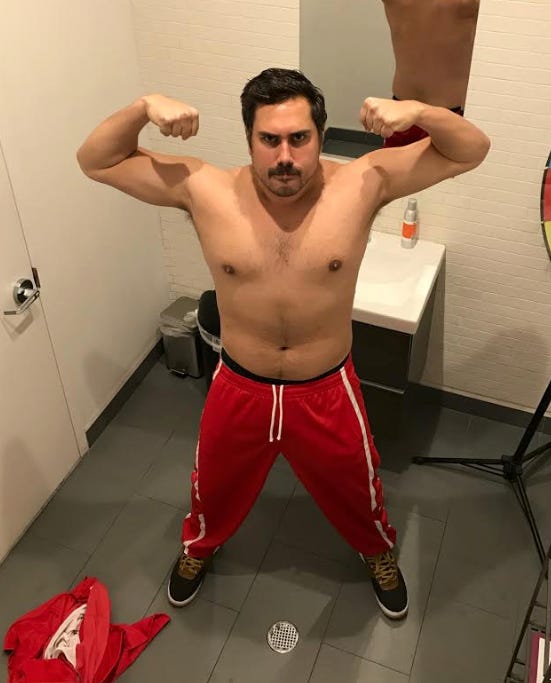 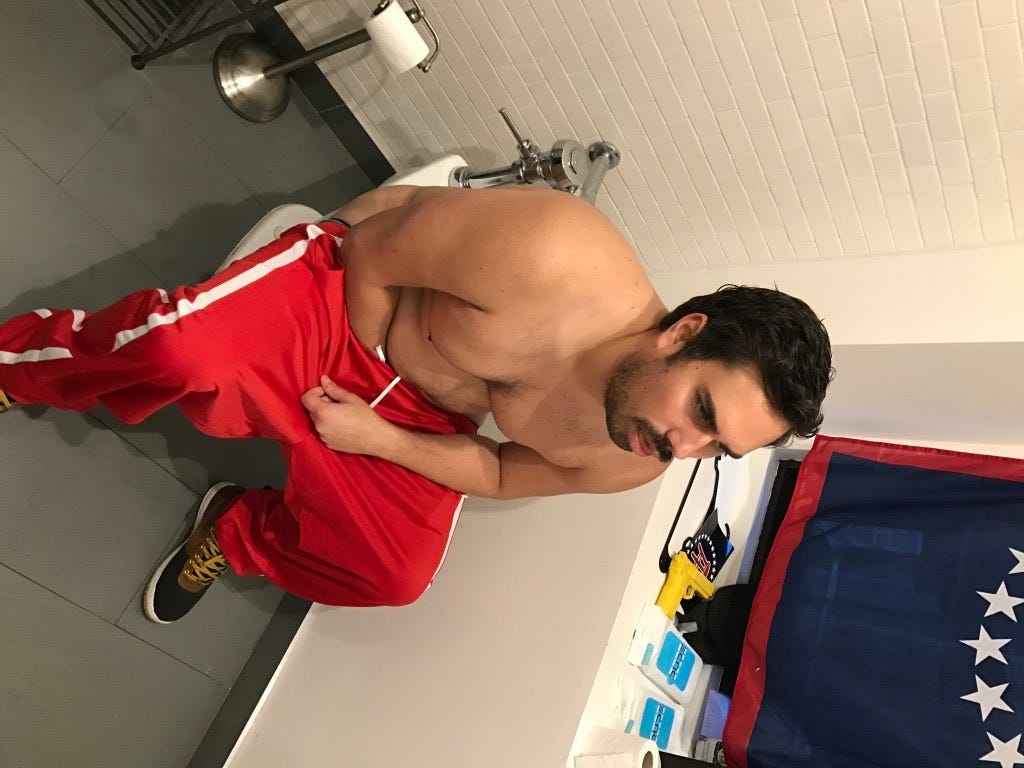 “Keith come with me to the bathroom, bring your phone, lock the door” – best way to start the morning ever.

They told me I’d have increased responsibilities as Editor in Chief, I never imagined it would be standing up on a sink in a locked bathroom taking pictures of a half naked Big Cat sitting on the toilet.

That’s it for this week, see everyone next Friday. In the meantime please do me a favor and-

so that I look good, thanks.

Hank’s Viral Vine (RIP) of the week taking you out.