Before we get started here, let me just point out that the ECHL is consistently a content machine as far as hockey leagues go. There was a goalie goal a few weeks ago. The same week that a fight then carried over into the penalty box. There was a post-shootout scrap at center ice last season. The list goes on and on. They realize it’s not the greatest hockey you’ll ever see in your life so they have to put on a show out there. And last night’s performance between the Cincinnati Cyclones and Quad City Mallards lived up to all the expectations. On dollar beer night, no less!

Our play starts off when Quad City goaltender Adam Vay went after a Cyclones player for a hit behind the net. Which was a cue for Cyclones goalie Michael Houser to come down and scrap it up with Vay in order to defend his boy’s honor. And… well… yeah, that wasn’t the best life decision he’s ever made.

One moment you think you’re being a hero and defending your boy. The next moment you take one left jab to the jaw and your entire life flashes in front of your eyes. Then you’ve got the dude who just sent you into next week standing over you acting like your mother asking if you’re okay. Don’t get me wrong, I can appreciate that display of mutual respect. Nothing worse than a guy jumping on top of somebody who is already out and still going to town on his face. But it’s still another layer of demoralization for this poor goalie. And to make matters even worse, the only thing Michael Houser will probably be able to eat for the next week or so is Skyline chili. 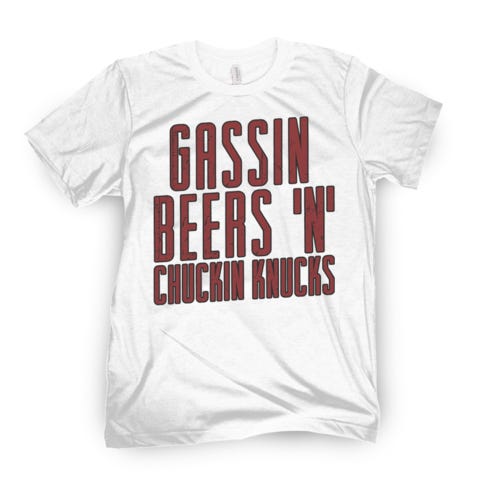