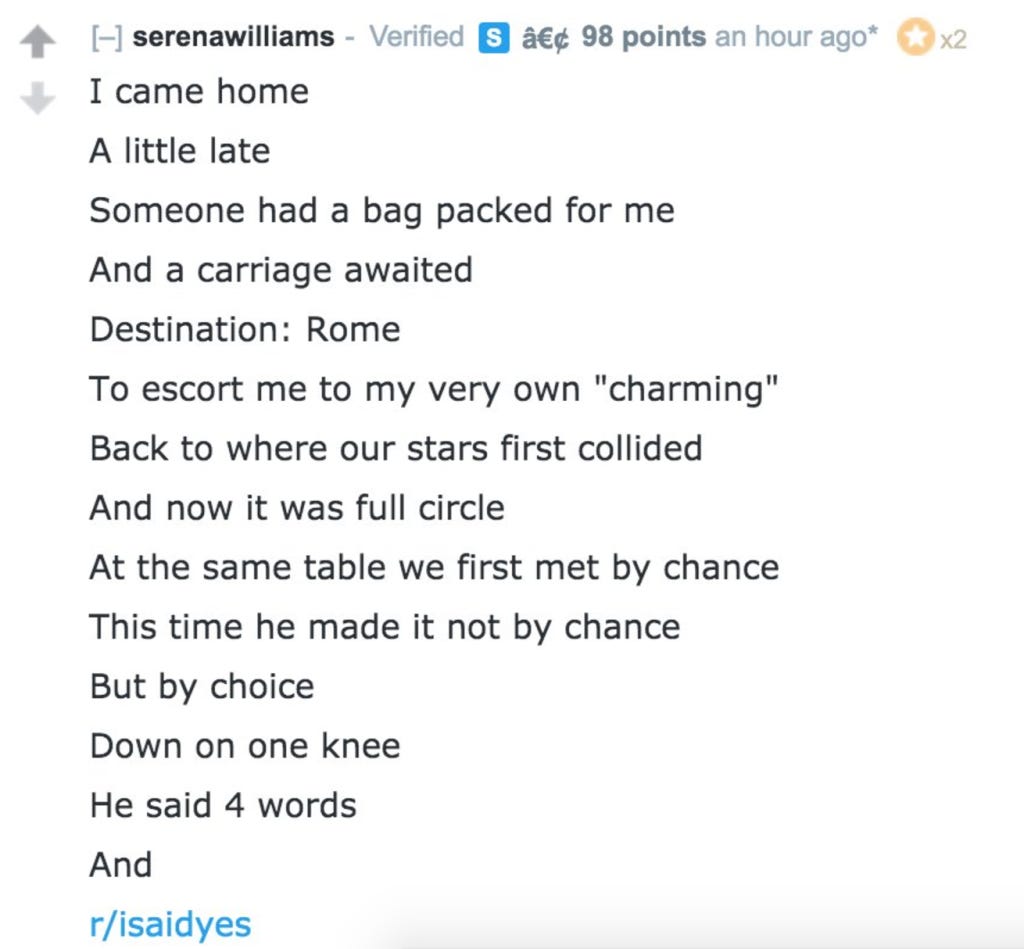 NYDN - Serena Williams agreed to tie the knot in a thread.

Reddit co-founder Alexis Ohanian, 33, asked the tennis star to marry him this week and she agreed, the couple announced on the social message board site Thursday.

The 35-year-old US Open champion detailed the proposal on Reddit with a poem. Ohanian, who lives in Brooklyn, didn’t add much more to the news, simply sharing the Reddit link to his Facebook page with three simple words: “She said yes.”

First of all, F- poem. But second of all, is Serena Williams secretly the biggest nerd on Earth? She’s engaged to the dude who founded Reddit? I never saw this coming. 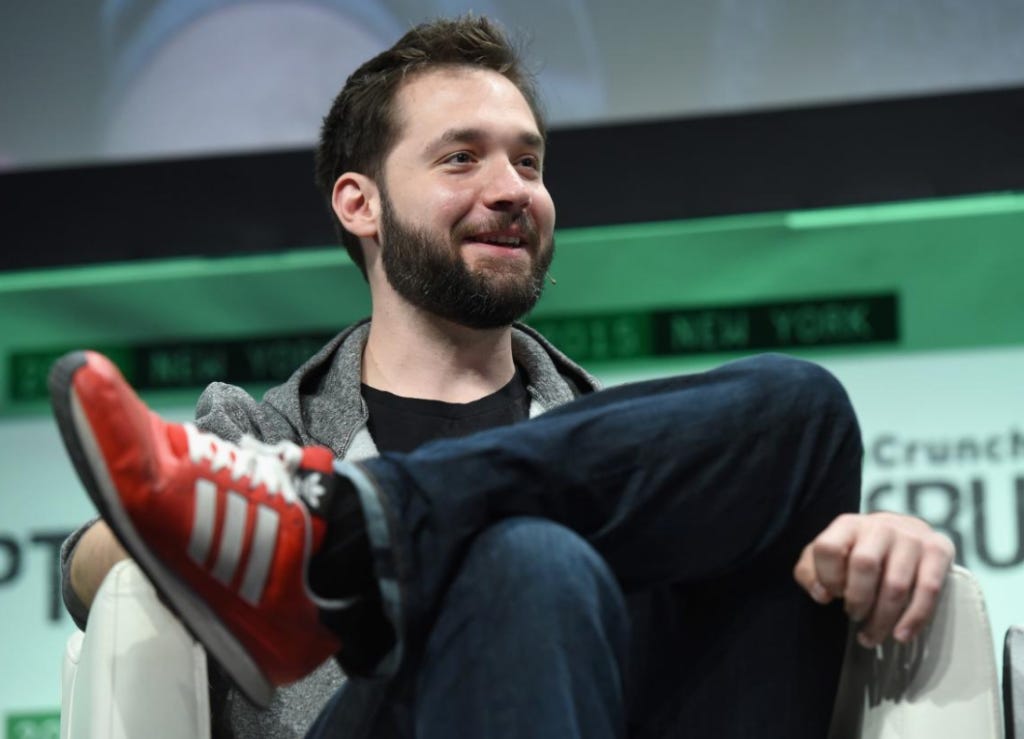 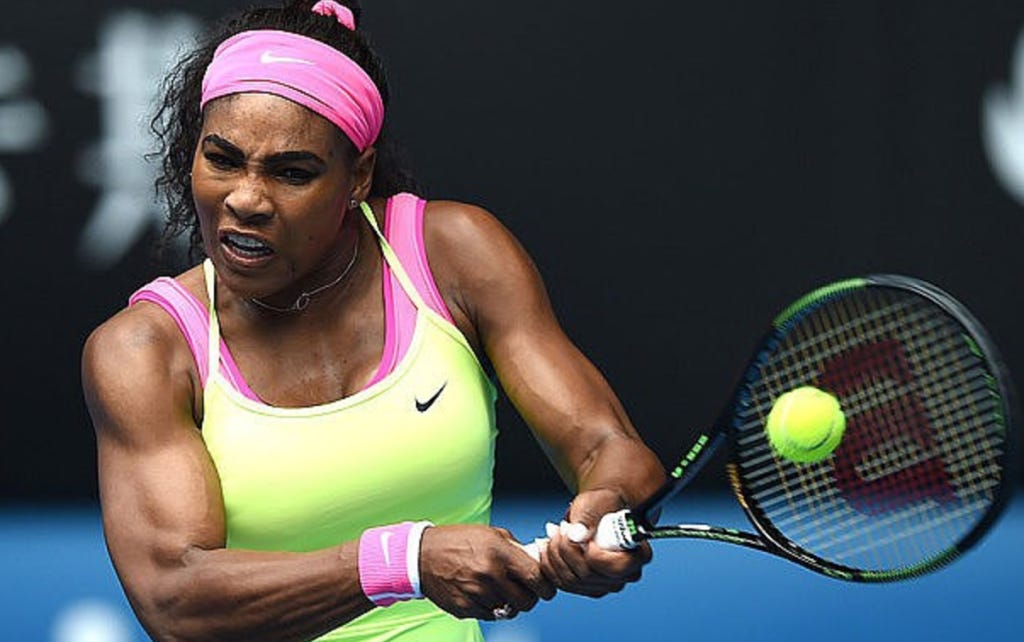 I suppose she does most of the fucking, but that’s not important.

When she was dating LaVar Arrington I wanted them to make super-children who we could clone and make armies with, but the Reddit/Serena child with his brain and her braun isn’t too bad either.

But nevertheless, Serena Williams, possibly the best women’s tennis player of all time, un-ironically is posting this on Reddit 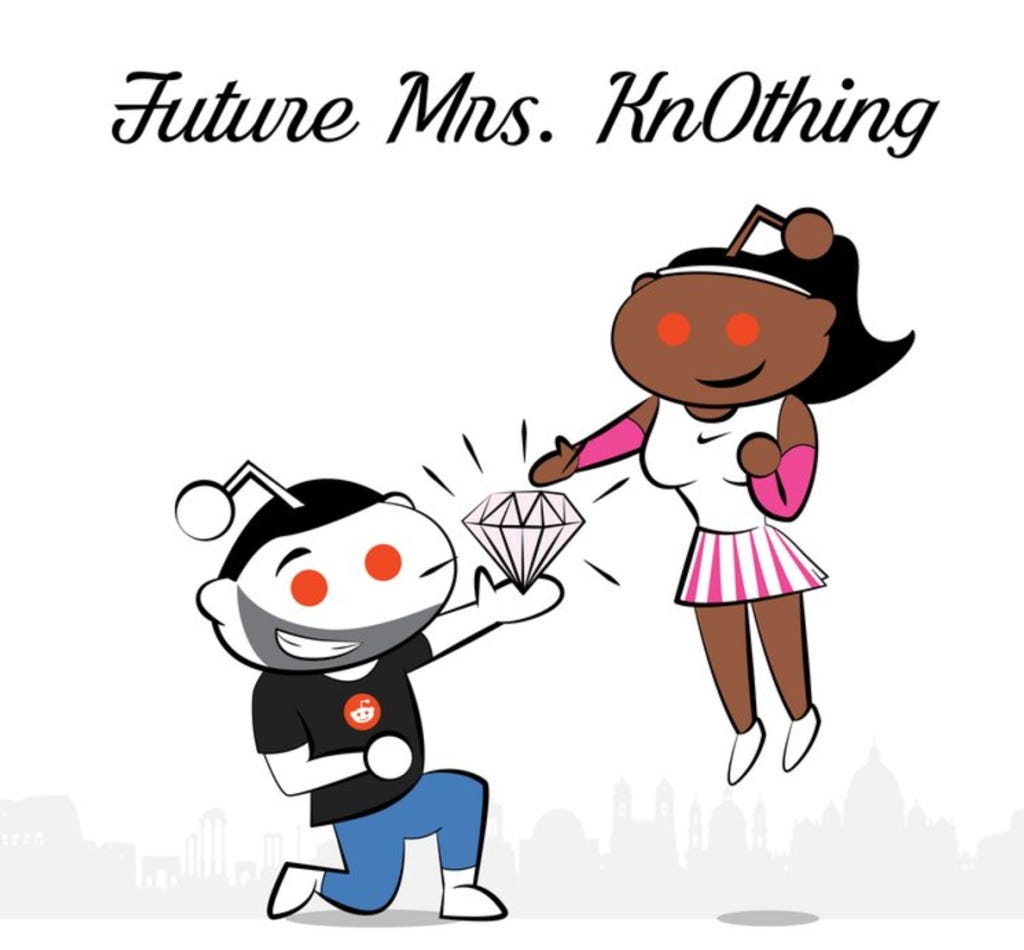 The wonder of it all.

I love these two crazy cats though. And he’s a huge Redskins fan, and even went into the Redskins subreddit to say whats up