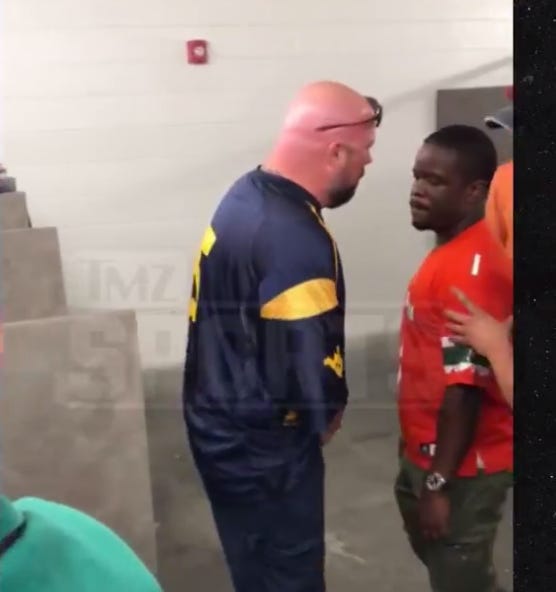 Aggressive video here. I don’t think you should make it a regular practice to punch folks with one leg but when a dude threatens to do a piss on your leg, your hands are tied. You gotta throw at least one punch and then back away before you get murdered and or fucked in the butt.

I don’t blame the guy for exiting the bathroom all lickety-split either. Once someone says “I used to fuck little guys like you prison, little bitch” you gotta bounce out of there with no delay. If someone says that they used to fuck little guys like you in prison, you have no choice but to believe them. Why would someone lie about that? There’s no reason to lie about that. No doubt in my mind that the West Virginia fella used to fuck dudes like the Miami guy in prison. It’s a stone cold fact as far as I’m concerned.