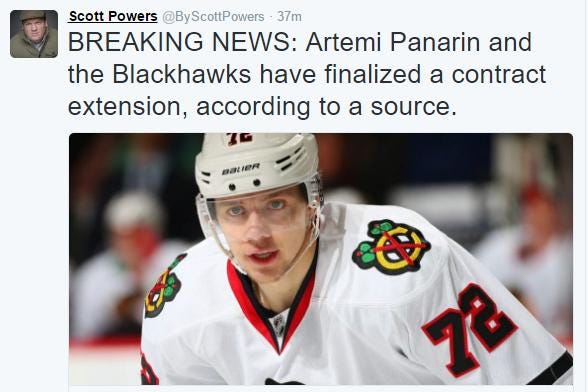 WE GOT OURSELVES A BRIDGE DEAL BABES!!!! 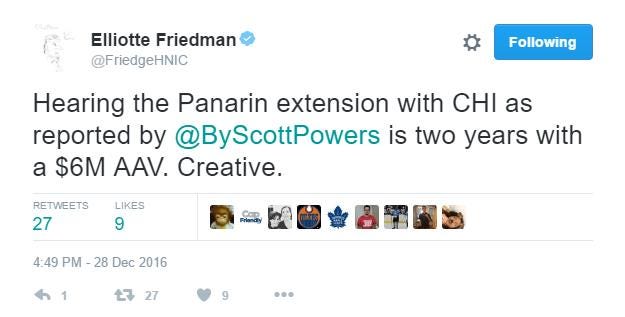 What a rush. I had already programmed my brain to accept the fact that Panarin would be gone. Now, bringing him back on a two year and team friendly $6mm AAV feels like a HUGE victory. Major, MAJOR coup by the Hawks to keep a guy in his prime that is a top 10 scorer in the NHL. When you get a talent like this you gotta do what you can to hold on to him and figure out the rest later. That’s what Stan did, if the $6mm is indeed the number.

Now, because I know most people can’t just enjoy the moment(ignore the future at all costs), lets forecast the Salary Cap situation for the Blackhawks for 2017-18 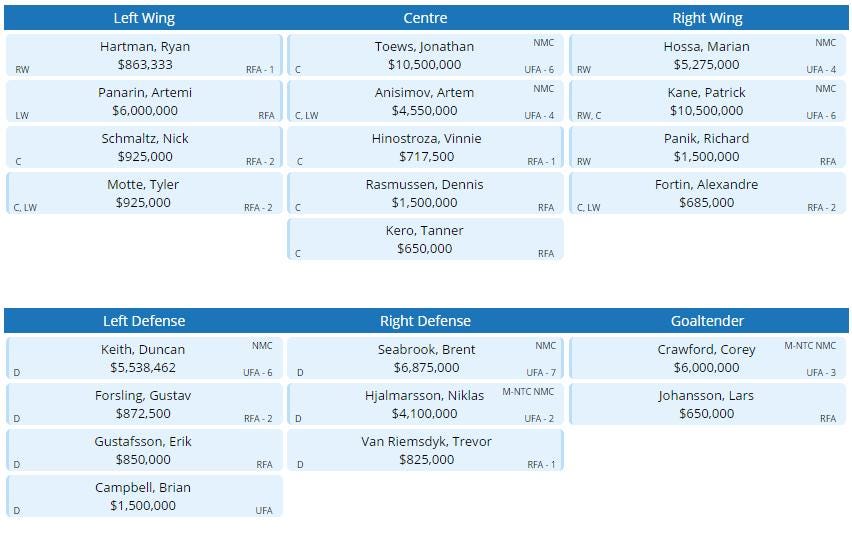 You move Kruger, which stings, but not as badly as moving Seabrook or Hossa, and all of a sudden you’ve got your squad. Now, I did project a salary cap that was $1.5mm higher than it is now. It could stay flat. It could increase by $2mm. It’s tough to say. But if the Hawks can resign some of their bottom 6 RFAs to reasonable deals like you see in this  model for Panik and Rasmussen then the Blackhawks will be in VERY good shape and the dynasty will keep on rolling. You might even have enough wiggle room to sign a veteran. A veteran with strong ties to the organization. A veteran who has fantastic hair. Dynasty REIGN.