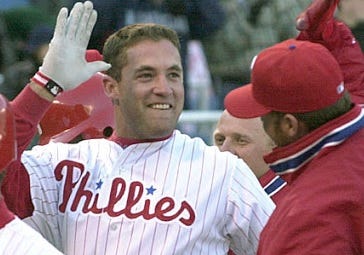 PHILADELPHIA (CBS)— Former Philadelphia Phillies outfielder Pat Burrell and slugger Matt Stairs are making their first appearance on the MLB Hall of Fame ballot for 2017. The Baseball Writers Association of America released the official 34-player ballot, including 15 holdovers from last year and 19 newcomers. To be eligible for the Hall of Fame, a player must have played at least 10 years in MLB and played their final game at least five years ago.

You need 5% worth of votes to stay on the ballot, so it’s generally assumed Pat The Bat will be going the way of the Cooperstown Dodo – along with other former Phillies Matt Stairs and reliever Arthur Rhodes (really?). A lifetime .253 average combined with 292 dingers isn’t exactly HOF material for anyone, let alone a #1 overall pick. If his BA was equivalent to his nightly slay percentage and his HR total eclipsed the number of times he’s slipped one passed the goalie, then we’re talking first ballot material. Plus we can all assume from the legends The Babe took down every voter’s mother, daughter, sister, and pet, so it’s unlikely he’d get any votes even if he was deserving of the Hall. Still, it’s kind of amazing Pat The Bat is even in the conversation for enshrinement. The man has more rings than hits in the World Series for fuck’s sake – 1 for 27 with 16(!!!) K’s. And I LOVE it.

Burrell needs to pull a Bender and create his own Cooperstown. With blackjack. And hookers. A pure Hall Of Fame Of Savagery where only greatest of baseball’s most wild men can live on forever. You can picture Wade Boggs slamming case after case by himself while Darryl Strawberry is sending bat boys to fetch ladies out of the ticket line to fuck in the janitor’s closet. Meanwhile Mickey Mantle is literally grabbing people by the pussy, Babe Ruth is slugging down every beer/food/vagina in sight, and Pat The Bat is standing there naked with a Louisville Slugger over his shoulder giving the pistol/wink combo to all. A true utopia of America’s Pastime. 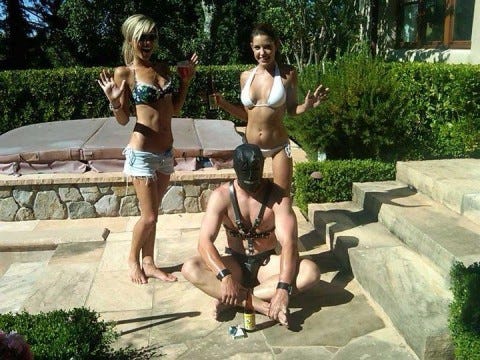