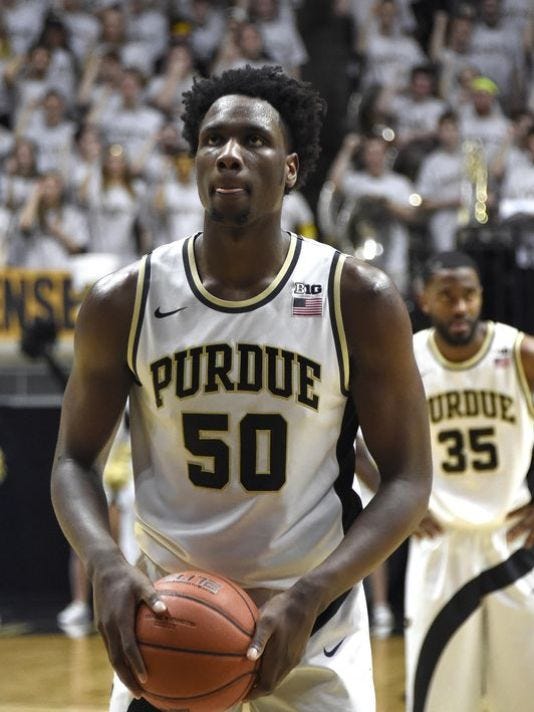 Nonconference play is officially over as the Big 10 tips off today. It’s a subpar slate of games, but we finally get to start seeing these teams more and more and not against the likes of Delaware State (sorry St. John’s).

After previewing each conference back in early October, we’ll take a look at the conference as a whole now, make predictions and see who are teams that will represent each conference in the NCAA Tournament.

The Big 10 has had decent nonconference results. The biggest name of the conference (Indiana) got wins over UNC and Kansas while Purdue beat Notre Dame, Wisconsin, Michigan and Maryland all had quality wins as well. Obviously the most notable thing though has been the disappointment that is Michigan State. There are two problems with the Spartans currently. One can be fixed, one most likely not. The first are injuries. Michigan State losing Ben Carter – a name the casual fan likely doesn’t know – ended up messing Izzo’s plan on how to play Bridges. On top of that they lost Gavin Schilling (another big) and even Bridges has missed time recently due to injury. The other problem has been the miscast of Miles Bridges. He’s not made to be the No. 1 option on offense. He needs to be the second or possibly third option as that fits his game better. Without Eron Harris playing like everyone thought he would after transferring from West Virginia, Bridges has had to be the go-to guy.

1. Can Caleb Swanigan Continue to Dominate?

After deciding to return for his sophomore year, Swanigan was expected to be good. However, the fact he’s throwing out some 30-20 games and is starting to expand his game has been a pleasant surprise for Purdue fans. He’s made his way into All-American talk and is currently the favorite to win Big 10 POY over the guys from Wisconsin, James Blackmon and Melo Trimble currently. Purdue has been able to mix its lineup this year by going small and moving Swanigan to the center position (when they are at their best) or go big with Haas at center. There are still questions about them in big time games (losses to Louisville and Villanova and needed a big comeback against Notre Dame) but Purdue has solidified itself in the top of the Big 10.

2. Can Indiana Avoid the Bad Loss?

Indiana is one of the most unique teams in the country because of how well they shoot the 3-point ball. However, it also makes them one of the more inconsistent teams in the country. They rely on that shot so much they can shoot themselves into a bad loss (Ft. Wayne) or a helluva win (Kansas/UNC). With the Hoosiers as one of the three best teams currently in the Big 10, can they avoid that bad loss and be in contention for a top-2 seed come March. A loss to Rutgers, Penn State, Nebraska will give them two horrendous losses.

The Wildcats have looked the part of an NCAA Tournament team. However, we’ve all seen this story before and it never ends well for fans of Northwestern. Bryant McIntosh (who already feels like he’s been in college for 12 years) has become one of the best point guards in the conference and someone who can control the tempo of the game. The return of Vic Law from injury has been important, but most notably Northwestern is winning games it traditionally lost (Wake Forest, Dayton, Texas). If they can just go 9-9 in Big 10 play, they sit at 20 wins and have a real shot at being a lock for the NCAA Tournament.

4.  Did Wisconsin Finally Figure It All Out?

I had Wisconsin pegged as a national title contender from the beginning of the season because of everything they brought back and having Ethan Happ. That looked like an awful pick after the Maui Invitational, where Wisconsin looked completely lost on the offensive side of the ball. Since then, Wisconsin looks the part. The change by Nigel Hayes to be a playmaker instead of settling for 3’s and trying to force the offense has shown as Wisconsin has put up 90+ points in 4 of the 7 games after the loss to UNC.

5. Can Michigan State Fix the Season?

It’s what everyone wants to know and what everyone believes will happen. It’s the old ‘can’t rule out an Izzo team.’ However, this team just feels a little off. As I mentioned earlier between the injuries and roster not fitting exactly, the Spartans just don’t feel like the Spartans. Michigan State needs at least 11-12 conference wins and in what I view as the 3rd best conference, it ain’t easy.