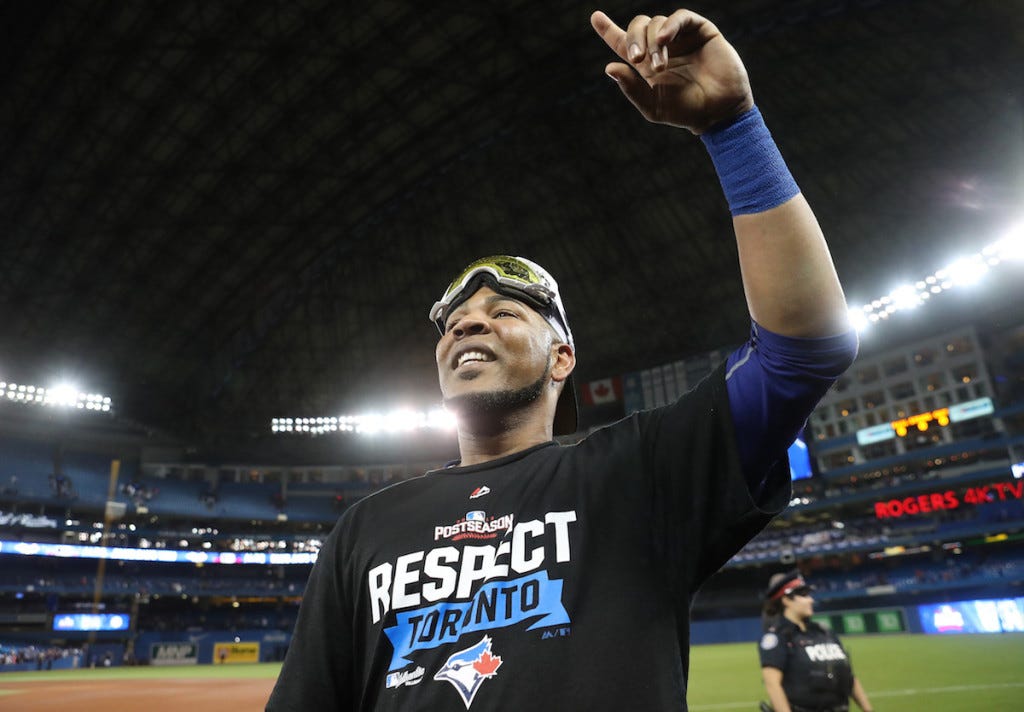 Edwin Encarnacion’s agent is kind of an idiot. That might be too strong, but I’m honestly starting to wonder.

If you recall, Encarnacion’s agent, Paul Kinzer, told us that his client would “likely” have a deal wrapped up during the Winter Meetings, and the Winter Meetings ended two weeks ago today. His client is still a free agent, but Kinzer would like you to know that Encarnacion has received six multi-year offers from teams, yet he’s not biting on any of them. One of the only offers that we know the details of would be the four-year, $80 million offer that the Blue Jays made about three weeks into the offseason, which Encarnacion turned down. Or, should we say, his agent turned down.

That decision could end up biting both the player and the agent in the ass, because all of the reports since then have been that no team has come close to that offer. As the Encarnacion camp has made very clear over the last year or so, Toronto is/was his first choice. With that $80 million offer now off the table, and Kendrys Morales and Steve Pearce both signed to free agent contracts with the Blue Jays, the writing was on the wall. The ink has been dry on those deals for a few weeks now, but it wasn’t until now that Encarnacion’s agent spoke about the unlikelihood of a reunion in Toronto.

“It’s not that there isn’t interest in him, but we made it clear that Edwin wanted to return to Toronto, that’s where he felt his home was,” agent Paul Kinzer said in a radio interview with Sportsnet 590 The Fan.

“We weren’t expecting them to move so quickly,” he said, adding later that “we weren’t going to make a move without talking to the Blue Jays.”

Kinzer said his first meeting was going to be with the Blue Jays on behalf of Encarnacion, but when Toronto signed first baseman/outfielder Steve Pearce to a two-year, $12.5 million deal at the start of the winter meetings, “we felt like the door was pretty much closed.”

“Nobody’s mad at anybody. It’s business,” Kinzer said. “They saw an opportunity and they pursued it.”

“He doesn’t get excited. It will work out,” Kinzer said. “The only thing now is the realization has started to sink in that he probably won’t be a Blue Jay. That’s been a little frustrating because that was always his goal.”

Basically, his agent is saying that Encarnacion wanted to come back to Toronto, but for a deal more lucrative than their initial four-year, $80 million offer. The Blue Jays obviously felt like their offer to Encarnacion was a competitive one, which we now know that it was, and didn’t feel comfortable increasing their offer, essentially outbidding themselves, so they moved on to cheaper options in Morales and Pearce. I certainly don’t blame them for doing so — I just think that Kinzer was caught off guard by how quickly Toronto moved on to their Plan B, and did so without giving the Encarnacion camp a heads up first.

Good for them, though. I’ve been highly critical of the Blue Jays’ willingness to spend, and, as far as we know, they were the highest bidder for Encarnacion, despite not retaining his services. It would appear that Kinzer overestimated his client’s value in this market, and now they’re left to sift through, what I can only assume, are a bunch of three-year deals, when they unknowingly scoffed at and rejected the best offer that they might come across all winter.