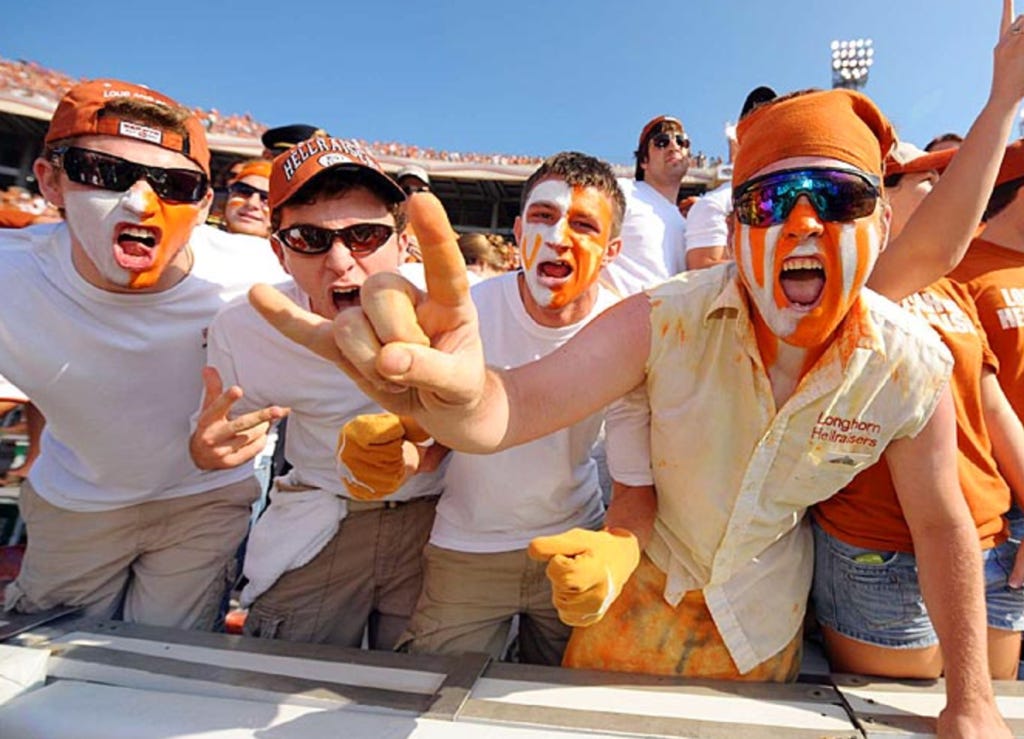 Hook Em – Longhorns fans soaked up the suds this season at Royal-Memorial Stadium.

Alcohol sales spiked more than 70 percent during the 2016 season compared to the previous year as Texas generated $3.1 million in revenue from beer, wine and liquor sold at football games.

According to data obtained through an open records request, Texas raked in $2.8 million in beer sales, $128,321 in wine sales and another $141,632 in liquor sales during six home games in what ultimately became a 5-7 season.

The athletic department netted about $1.3 million of those sales as part of its contract with 1883 Provision Company, a UT spokesman said.

“Concessions are a big part of the fan experience at Texas athletics events,” UT associate athletic director Rebecca Haden said. “Our fans have enjoyed the addition of beer and wine to the menu as shown by the outstanding numbers from this football season.”

Don’t let anyone tell you Charlie Strong didn’t have a tremendous effect on the Texas program. Sure he may not have “won football games,” but he singlehandedly revitalized an entire economy by making every fan in the stadium need to get blackout drunk to deal with what they were watching on the field. Kind of makes the losses they took on the contract seem a little more worth it.

Miller Lite is still the beer of choice for Texas fans sitting in the stands, but it’s a close race with Coors Light. Fans bought 98,535 Miller Lites this season compared to 62,275 sold in 2015. That alone brought in $788,280 in revenue.

Fans bought 95,096 Coors Lights during the season, generating $761,168 in revenue. Coming in a distant third was Bud Light. Texas sold only 34,257 of those, according to UT records.

Want to know what doesn’t sell? Budweiser. The once-proud “King of Beers” is almost a non-starter with the UT crowd. Texas sold 89 cans of Bud all season. Fans cracked open 1,411 Shiner Bocks and 741 Michelob Ultras, by comparison. And fans guzzled 952 Lone Stars.