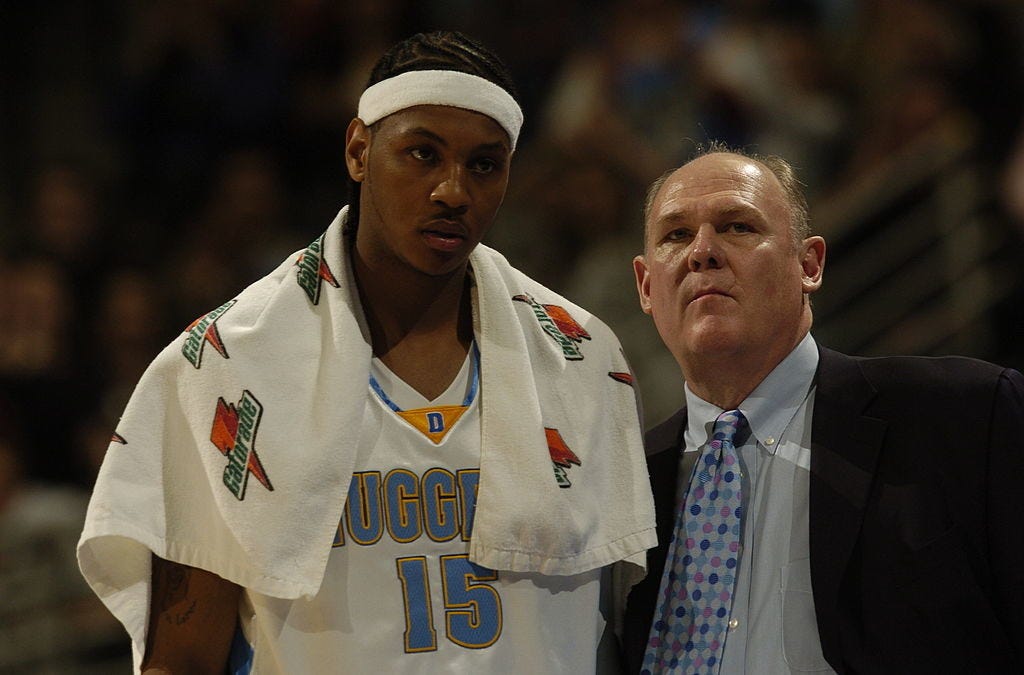 SI- Former NBA head coach George Karl criticized his former player Carmelo Anthony, saying in a new book set to be released next month that Anthony was “true conundrum” who didn’t like to play defense and was addicted to the spotlight. Karl coached Anthony for six seasons during his time with the Denver Nuggets. Anthony spent eight plus seasons with Denver before being traded to the New York Knicks during the 2010–11 season. “Carmelo was a true conundrum for me in the six years I had him,” Karl wrote in “Furious George,” according to a copy obtained by the New York Post. “He was the best offensive player I ever coached. He was also a user of people, addicted to the spotlight and very unhappy when he had to share it.”

“He really lit my fuse with his low demand of himself on defense,” Karl said in the book. “He had no commitment to the hard, dirty work of stopping the other guy. My ideal — probably every coach’s ideal — is when your best player is also your leader. But since Carmelo only played hard on one side of the ball, he made it plain he couldn’t lead the Nuggets, even though he said he wanted to. Coaching him meant working around his defense and compensating for his attitude.” Karl was also critical of J.R. Smith and Kenyon Martin, calling those two along with Anthony, “AAU babies” and “the spoiled brats you see in junior golf and junior tennis.”

Wait, wait, wait, wait, wait. So you are telling me one of the biggest least trusted coaches in the NBA had a problem with some of the league’s most difficult players and threw them under the bus to sell some books? Well I NEVER! What else are you going to tell me? That J.R. Smith liked to party and chase chicks? That Miss Lippy’s car is green? There should have been a spoiler alert tag or some shit with these excerpts. The funny thing about this is that George Karl seems to be just like the players he is trashing. Very talented yet a pain in the ass that people hate being around. I mean instead of asking for players’ comments to this book, lets just go to old subtweets they wrote about Karl:

I mean I don’t disagree with what Karl is saying. Every Knicks fan has had the same gripes about Melo and his attitude. Melo’s nickname could be The Conundrum. Talented as fuck, can score with any player in the league, but doesn’t win like the other superstars in the league partially because his defense hasn’t gotten to a good enough level. And I’m not talking championships. I’m talking about making the playoffs in the shitty Eastern Conference. But again, this just comes off as George Karl digging up some old skeletons to push some paper surrounded by hard cover. I knew Melo was a pain in the ass to coach before the book was written and I knew playing for George Karl was a pain in the ass before the book was written. Karl’s biggest problem is he didn’t have the most stacked team on the planet and had to coach against inferior teams. That’s how you unleash the power of Olympics Melo.

The best part of all this is imagining what Melo’s response will be.

And if calling a guy like Kenyon Martin a spoiled brat wasn’t a bad enough decision (never mess with a guy that has lips tattooed on his neck), the media is about to have a field day with this quote:

Karl also said Smith, now with the Cavaliers, had “a huge sense of entitlement, a distracting posse, his eye always on the next contract and some really unbelievable shot selection.’’

Oooooh he said the P word!

Plus this is just an old fashioned dickhead thing to say:

Reveal yourself in your true form George! 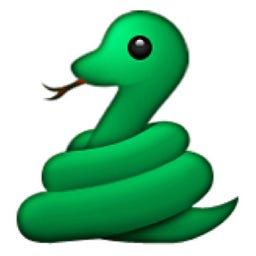