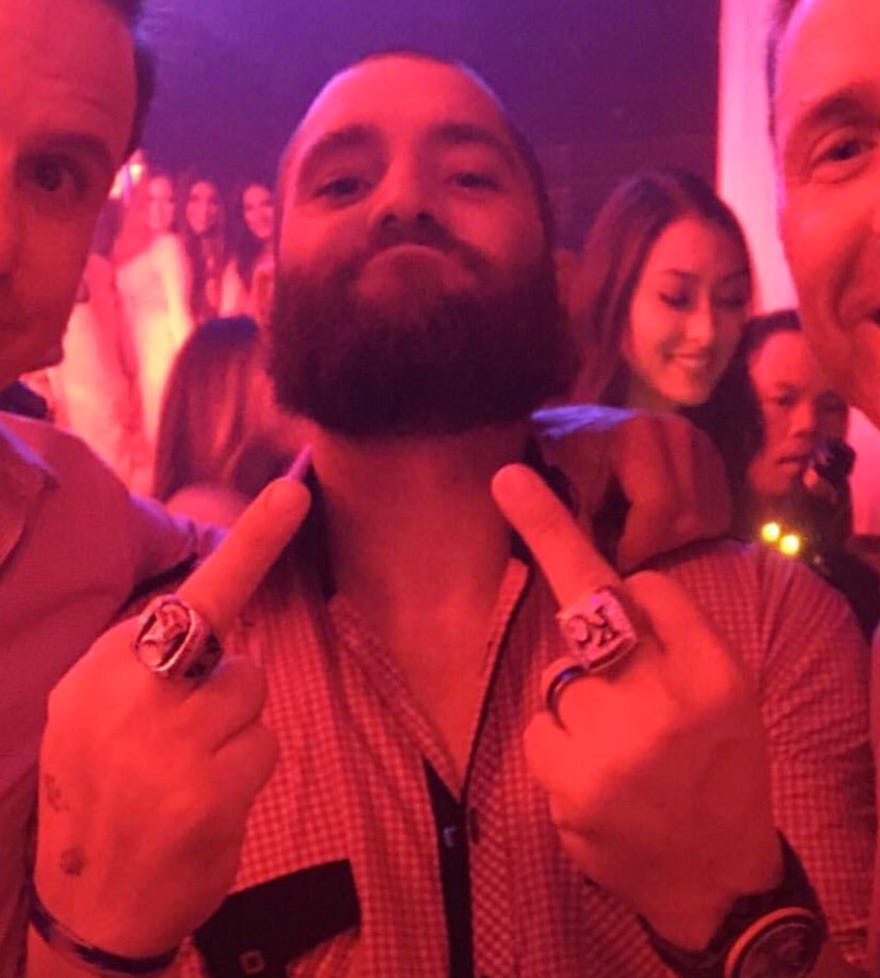 America’s most beloved hardo, Jonny Gomes, is planning on playing baseball in 2017.

Where? Who the fuck knows. If you recall, Gomes couldn’t even get a job in the United States last year, and it’s going to be even more difficult this year, because it’s almost Christmas (which is usually the latest that the big-name free agents sign), and there are a ton of right-handed power bats still out there. Before any major league teams resorted to signing a guy like Gomes, I would imagine that Edwin Encarnacion, Jose Bautista, Mark Trumbo, Chris Carter, and Mike Napoli would have to be scooped up first. And even then, I highly doubt that Gomes would be next in line.

Gomes was last seen at the major league level in 2015 when he hit .213 with a .660 OPS between the Braves and the Royals. The highlight of his season with Atlanta was pitching in a blowout and giving up a home run to Chris Young, and his highlight with the Royals was highjacking their World Series parade, even though he wasn’t on the postseason roster. Even back in 2013 when he signed with the Red Sox, the buzz was that he was brought on board to be a great clubhouse guy, which he was. He had a huge home run in that World Series, but his greatest contribution to that team was what he did to change the culture in the clubhouse.

He was credited with the same thing in Kansas City, despite only playing in 12 regular season games for them. I’m gonna bet against Gomes getting a major league deal, especially in this market, and also despite what he thinks he has left in the tank, but I wouldn’t rule out a team throwing a minor league deal his way. If I’m an organization with a lot of young, upcoming talent, perhaps, on a low risk deal, Gomes can come in and pass on some of his knowledge to the younger players.

What would stick out to me, if I were a general manager, would be the fact that Christian Colon delivered the game-winning RBI in the 2015 World Series, and the first person that he credited for getting him prepared for that at-bat was Jonny Gomes.

The Cubs gave Manny Ramirez a deal where he was basically a player/coach at their minor league level, but the contract stated that Manny could not be called up to the big league level. I don’t think there would need to be language like that in an agreement with Gomes, but the role would essentially be the same. At least, that’s what I’d do. You’d get the benefit of Gomes the player/coach/clubhouse guy, and he can pull all the homers he wants on the minor league circuit. Hit the music.