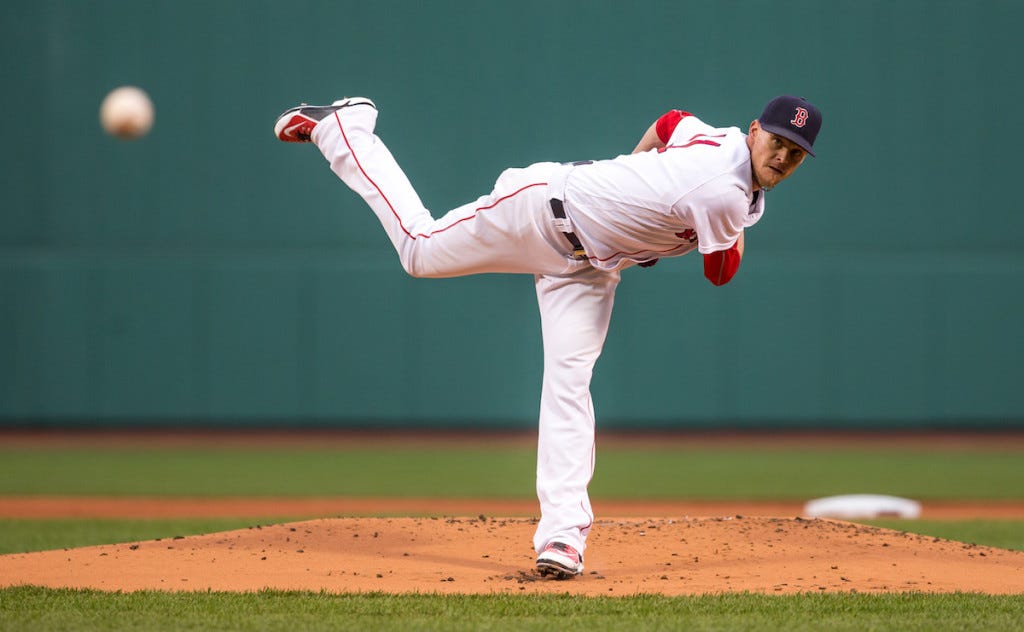 This is it. This is how the Clay Buchholz Era ends. The Red Sox just traded Buchholz to the Philadelphia Phillies for the equivalent of nothing.

I honestly never thought I’d live to see the day. He was like a cockroach that could survive a nuclear explosion. On several occasions, Buchholz gave the Red Sox every reason to move on from him, but they, instead, gave him opportunity, after opportunity, after opportunity. Sometimes he made them look good, but most times he made them look foolish. We were sold on his “potential” for a motherfucking decade. A DECADE! That’s how long we kept hearing about how good he would be if he could just put it all together. He never did. He’s the only dude north of 30 that we still heard about their “potential”.

When he was great, he’d get hurt. When he stayed healthy for a full year, he sucked. There’s no doubt that Buchholz was talented as hell. We saw it in his second major league start when he no-hit the Baltimore Orioles at Fenway Park. The only problem was, that no-hitter set the bar so high, and he was never able to live up to what the Red Sox believed that he could be over the length of a full season. I honestly thought we were about to see all of that come to fruition in 2013. That first half of the year for Buchholz, I’ll go as far as to say that his starts were can’t-miss. He was that good. But then he got hurt, and we fell for it again.

After all the ups and downs that the Buchholz Era had in store for Red Sox fans, and there were a LOT of downs, it came to an end with a simple salary dump. That’s all that was. The minor leaguer coming to Boston in this deal is 24-year-old Josh Tobias, who was a 10th round draft pack, and is still in A-ball. The Phillies are assuming Buchholz’s 2017 salary in its entirety, which means that the only reason the Red Sox traded Buchholz was to get under the luxury tax threshold. That was it. If the Red Sox were adamant about the receiving team assuming all of his $13.5 million for next year, then that must mean that no team was willing to give Boston anything of substance in exchange for Buchholz.

With their starting pitching depth, out of the group of starters not named Chris Sale, David Price and Rick Porcello, Buchholz was the oldest, highest paid and had the lowest expectations. I had written before that I would’ve rather traded Drew Pomeranz instead of Buchholz, because I think he has more value on the open market right now, given how shitty the free agent pool is, but the Buchholz trade makes sense for those aforementioned reasons, as well.

So, this is it. What a long, strange journey it has been, Clay. Two World Series titles, a few smashed television screens, and a couple frowny face Snapchat filters. Despite how incredibly frustrating it was to watch you pitch for a majority of your career, I wish you well. I know you’re a good dude — not exactly a great sport, but a good dude — so best of luck in Philly. Thanks for 2013. Or, half of it, at least.