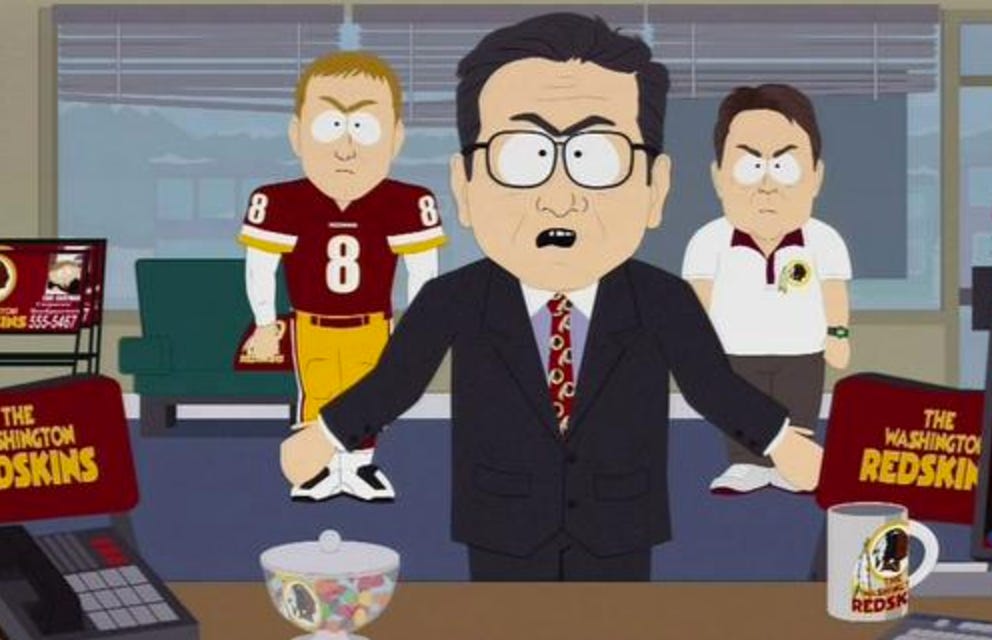 WaPo - Because something about the start of the work week just does not agree with the Redskins. This week offered the perfect chance to end one of the stupidest stats in Washington sports. The Redskins entered their stadium with a 1-15 record in their past 16 Monday night games here, a mark that would embarrass the Browns. Their opponent was a downtrodden Carolina team lugging a 1-5 road record; seven-point underdogs with a path-to-the-playoffs scenario that required at least one Flux Capacitor.

Well, make Washington’s Monday night home record 1-16 since 1998. And yeah, this one was plenty embarrassing.

It almost seems impossible to have that absurd of a record at home on Monday nights. 1-16 since 1998. Like, I remember some statistics class I took in college, and you had to find out if something made statistical sense or if it was too absurd to be true, and this is too absurd to be true. It’s hard to be 1-16 at home since 1998 on Monday nights. There is something else going on there. Some high power, Native American voodoo, Dan Snyder curse of the devil going on.

Everything stunk last night. Kirk, our secondary who are so washed up I think half of them are substitute teachers, the dropped passes from Vernon Davis, everyone in the world getting hurt, the absence of a running game, and it goes on and on. The Skins had no spark about them. It was just another Monday Night game that we’ve seen 100 times where the Skins lay a big fat egg all over our optimistic faces. It wasn’t quite the 59 point stomping by the Eagles from a few years back, but last night was plenty painful to watch.

So if the NFL and Goodell are as fair as they claim to be, the Skins will never play on MNF again. I’ll gladly never leave my house for a brunch on a Sunday if it means I don’t have to suffer through another painful game on a Monday ever again. I know that in reality, what happened in a Monday night game 10 years ago doesn’t affect what happened last night, but also, maybe it does. I’m not a believer in curses but I’m starting to believe. Nothing else makes sense. So if Goodell is a just commissioner, he’d keep them off Monday night and at least give them a chance to win that week.