And there we go, it’s official. Mr. and Mrs. Harper have finally tied the knot, seemingly at some sort of Mormon Disney World. It’s been a crazy ride for these two, who were previously engaged, broke up before his MVP season, and then got re-engaged last year. And now they are together forever, sharing one pair of magical underpants until death do them part. 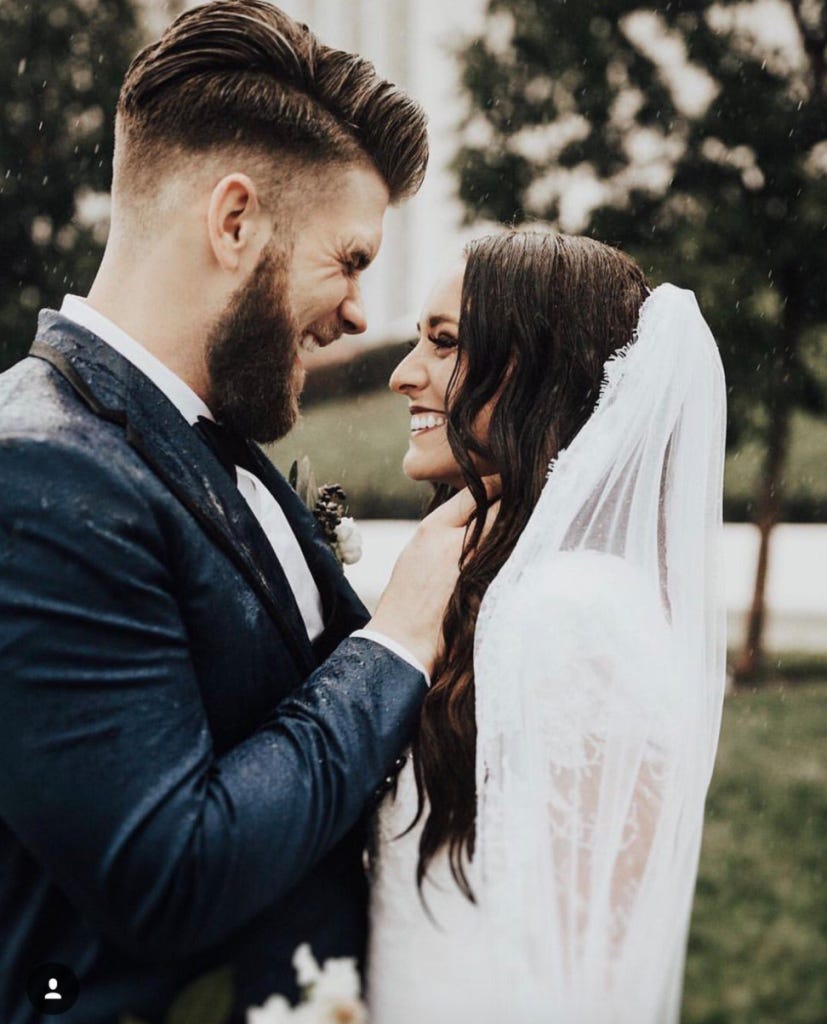 Interesting, no pinstripes on his suit. What do you think he’s trying to tell us?

Now, I’ve long had the theory that she is the reason for all of his down seasons and them being apart is what led him to his MVP year. So it’s quite a bold move for him to get married. But I’ve seen a ton of Disney movies so it’s very possible marriage breaks the spell. Regardless, hey, good for them. The pictures look amazing, I might become Mormon if you get to hang out in castles all day.