I mean… I get it. You want to get into the gym to assert your dominance now so that you don’t look like some New Years Resolution cock sucker at the start of the month. That way everybody already respects you as the alpha before all the new meat starts pouring in on January 2nd. But still. We’re living in a society here and I can’t stand meat heads like this deer who think they can just walk into the gym and own everything.

Uhhhhh hey, asshole. I was using that machine. This is a Gold’s Gym, not your CrossFit class. You have to at least ask if they’d let you work in a few sets with them. Don’t just take over every machine in the gym because you’ve got a circuit going on and you’re trying to hit a new PR. You think anybody else in that gym gives two shits about your PR? Hell no. And to make matters worse, he didn’t even re-rack his weights when he was done with them. Now I’m not saying every time you finish an exercise you should have to strip all the weights and wipe everything down with disinfectant. But at least just leave the courtesy 135 on the bar for the next guy up. Again, no gym etiquette whatsoever. Didn’t sign in either. Every gym in America has at least one of these douchebags.

P.S. – maybe this deer was just trying out for Jacked Santa’s squad up at the North Swole. 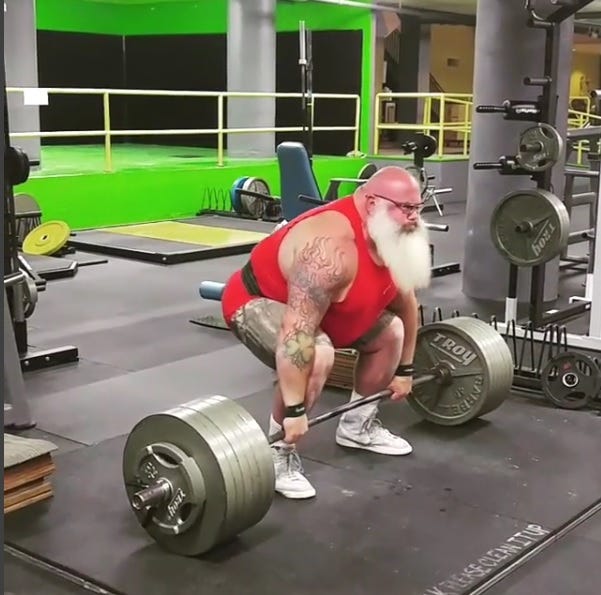