Can’t be real, right? Ha, this is Skip we’re talking about.

Fucking love it. Might even start doing it. No shame in that game. No such thing as bad publicity. Well…maybe…. 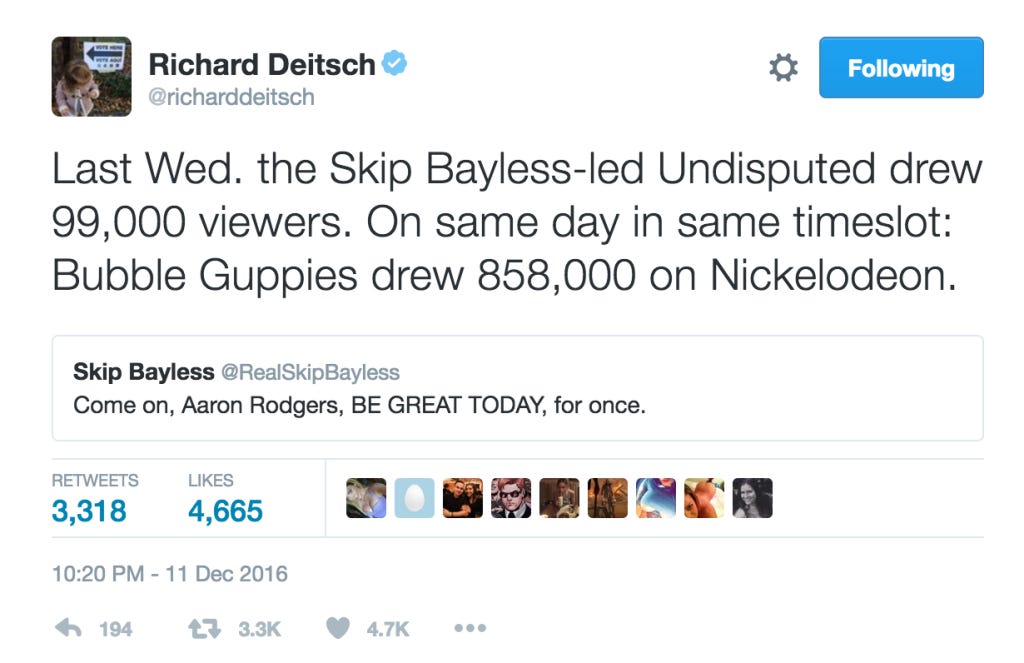 Nate at Night called, he thinks those ratings are laughable. Then again, don’t fuck with Bubble Guppies. Shit goes hard.

EDIT: Now I’m not sure if it’s real. The 1.4k likes thing. People make 1.4 PPG jokes at him all the time. So it could be a well put together troll job. But real or fake, it’s funny as shit.

EDIT: Maybe it is real after all and I’m just a conspiracy guy.

Wow great blog Nate, you did it again! Working hard on a Sunday night, you should probably get a raise.