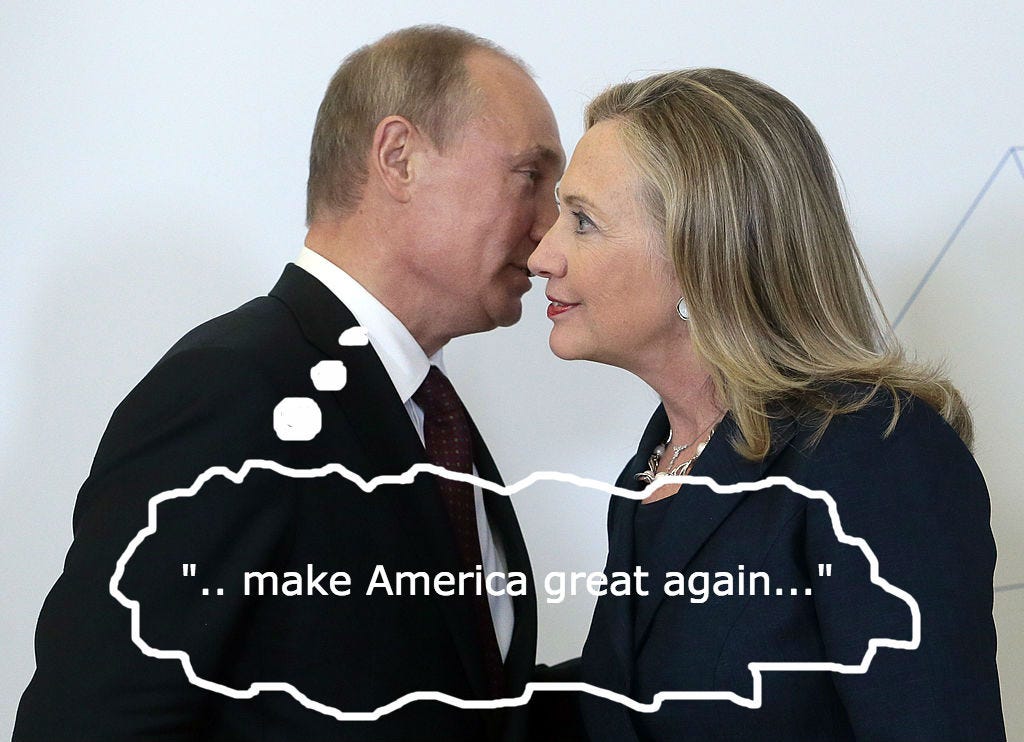 Business Insider — Former Democratic presidential nominee Hillary Clinton on Thursday made her first public statements about Russia’s cyberattacks on Democrats during the US election, saying Russian President Vladimir Putin attempted to “undermine our democracy” because of his “personal beef” with her.

“We’re learning more every day about the Russians’ unprecedented plot to swing the election,” she told a group of campaign donors at Manhattan’s Plaza Hotel on Thursday night, according to audio obtained by The New York Times.

“Putin personally directed these attacks … apparently because he has a personal beef against me,” Clinton said. “He is determined not only to score a point against me, which he did, but also to undermine our democracy. … It’s part of a long-term [Russian] strategy to cause us to doubt ourselves.”

So Hillary’s slowly started to reemerge after suffering the worst defeat which BNN perfectly and more quickly than anyone else called in presidential election history. First she reentered the political atmosphere with this self-aware little “selfies in the woods” jab at herself.

The women elected President by popular vote: Clinton. After taking selfies in the woods, thought it was time

Funny stuff way to go Hil. And now she’s pulled a backed-into-a-corner-swinging-like-a-Riggsy-being-confronted-by-his-boss-and-CEO move. Lashing out at Putin. Calling him out for their “personal beef.” And my response is this…… Duh. Putin obviously doesn’t like Obama and doesn’t like Hillary. If you’re a super unlikable person then a few things will happen: 1) you will not be elected president; 2) your husband will have sex with literally everyone else but you; 3) Putin will direct his entire army of cyber ninjas to ruin your future and your family’s future and your entire party’s future.

Putin waged a cyber war to fuck you over because he doesn’t like you? Shocking. Probably lucky to still be alive tbh.