(CNN) - Princeton officials are putting the men’s swimming and diving season on hold over offensive messages linked to the team.

“The behavior that we have learned about is simply unacceptable. It is antithetical to the values of our athletic program and of the University, and will not be tolerated,” Princeton Athletics Director Mollie Marcoux Samaan said in a statement released by the school.

Christopher Eisgruber, the university’s president, said in a statement that he was “deeply disappointed” by the swimmers’ behavior, adding that the team had failed to respect their fellow students.

2016…when marching bands, cross country and swimming teams are the bad boys of college campuses. 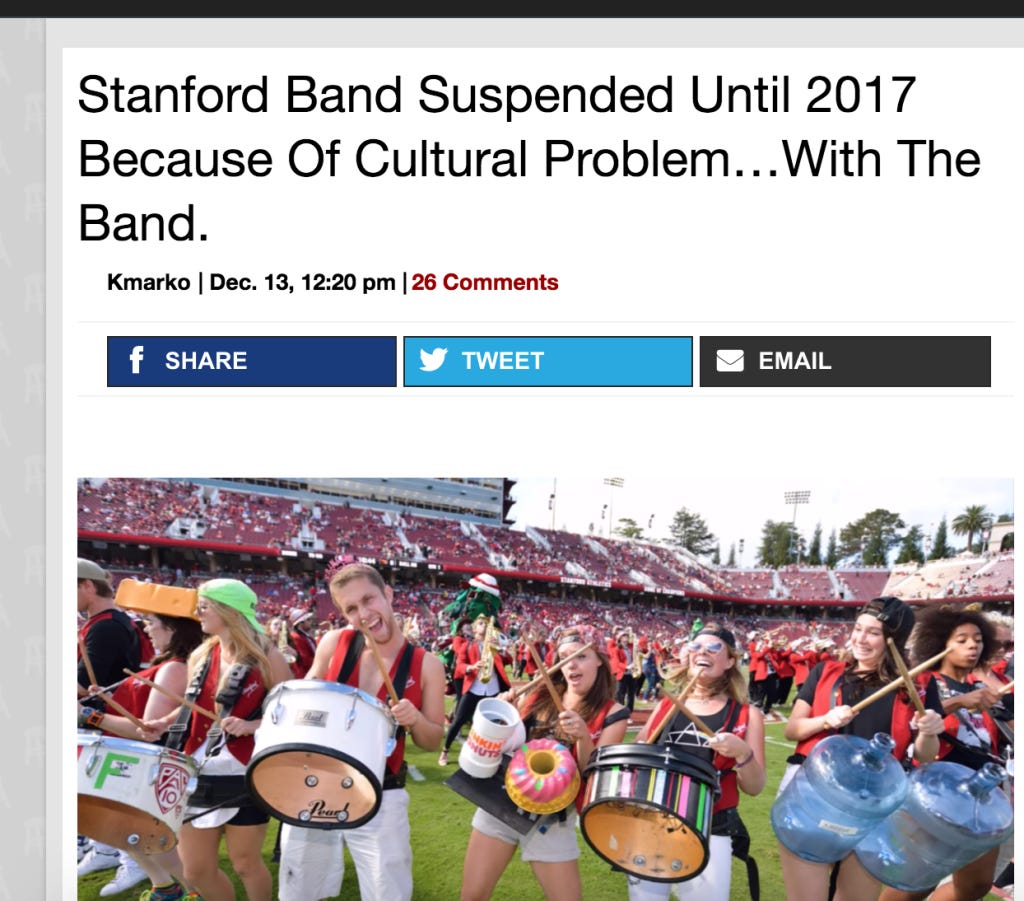 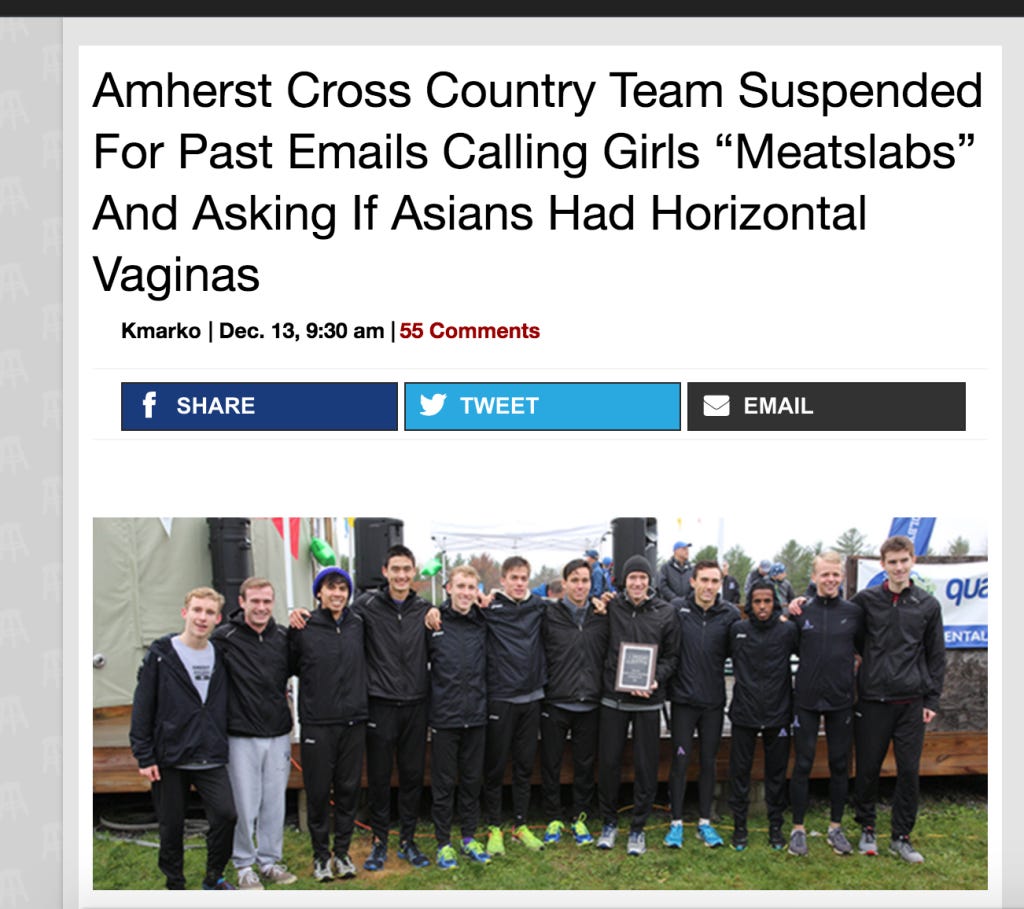 What a week it’s been for offensive emails. Getting motherfuckers suspended all over the place. We’re almost at the point where college athletics might cease to exist because any athlete who has ever sent an email from an account on their computer is about to get kicked out of school.

And it’s tough to judge this Princeton case without seeing the actual emails they sent. I mean “racist and misogynistic” is pretty wide ranging when it comes to a college administrator doing the judging. If we’re talking N-bombs and C-words then yeah, fuck em. But if it’s crude and offensive humor meant as jokes in private conversations are we really canceling seasons and possibly ruining kids’ futures over it? Seems like this is getting out of hand.