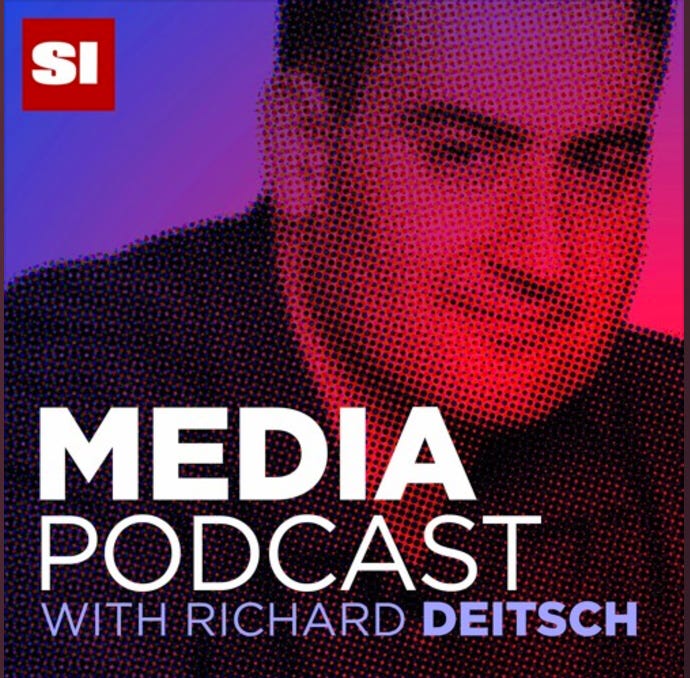 In case you missed it CEO Erika hopped on the Richard Deitsch podcast to drop some Barstool knowledge on everybody’s head.

In this episode, Nardini, a former AOL, Demand Media and Yahoo executive, explains how and why she took the Barstool CEO job; who the Barstool reader and viewer is in her mind; what the office atmosphere is like at Barstool and why they moved operations from Massachusetts to New York City; what the partnership with the Chernin Group means for the brand; why Pardon My Take has vaulted to the top of the iTunes rankings for sports podcasts; what Barstool’s plans are when it comes to adding employees; her response to The Cauldron website saying Barstool staffers use social media as a weapon; what responsibility a brand has for the actions of its readers and listeners; her response on whether Barstool has become too professionalized since she arrived; what separates founder Dave Portnoy from other social media figures; how Barstool finds new talent; how she viewed the Emily Austen interview; how to appeal to new parts of the country including the South; how long she wants to stay in the job as CEO; the impact of the brand’s recent deal with Sirius XM; the potential for Barstool as a brand on television; the line between selling out and expanding the brand, and much more.