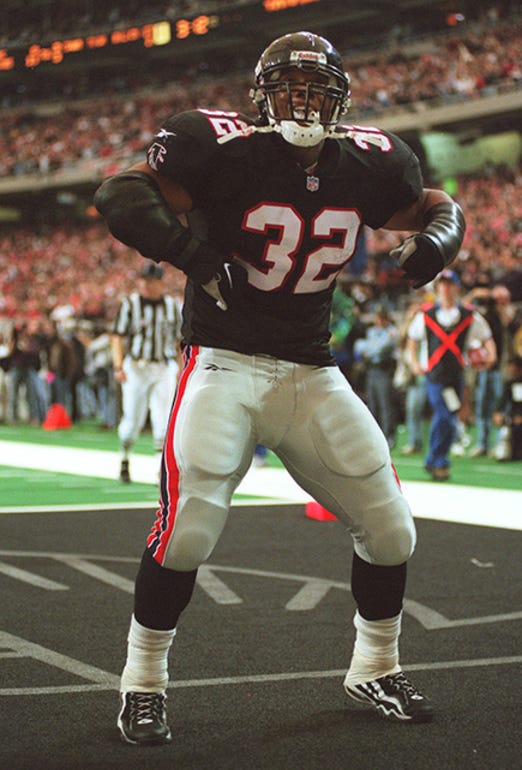 Anderson is forever banned from QuikTrip. Since the clerk did not want to press charges, police issued Anderson a ticket for criminal trespass and did not arrest him.

How the mighty have fallen. This is Jamal Anderson, the dirty bird himself. And now he’s whipping his dick out and flipping it all around in side of gas stations. It’s hard to say how he got to this point. Could it be the continuous hits to the head over the span of his NFL career? Probably not. Could he still be in a bit of a rut after a few arrests for drugs, DUI, and losing his job? Unlikely. Some people just want to get their rocks off in a gas station. What place is sexier than a QuikTrip?

Good for Jamal though- he’s back in the public eye. Rock bottom is the first step back up the ladder. He goes to rehab, writes a book, does a speaking tour, next thing he knows he’s back on TV. And all thanks to cranking out his cock at a gas station.