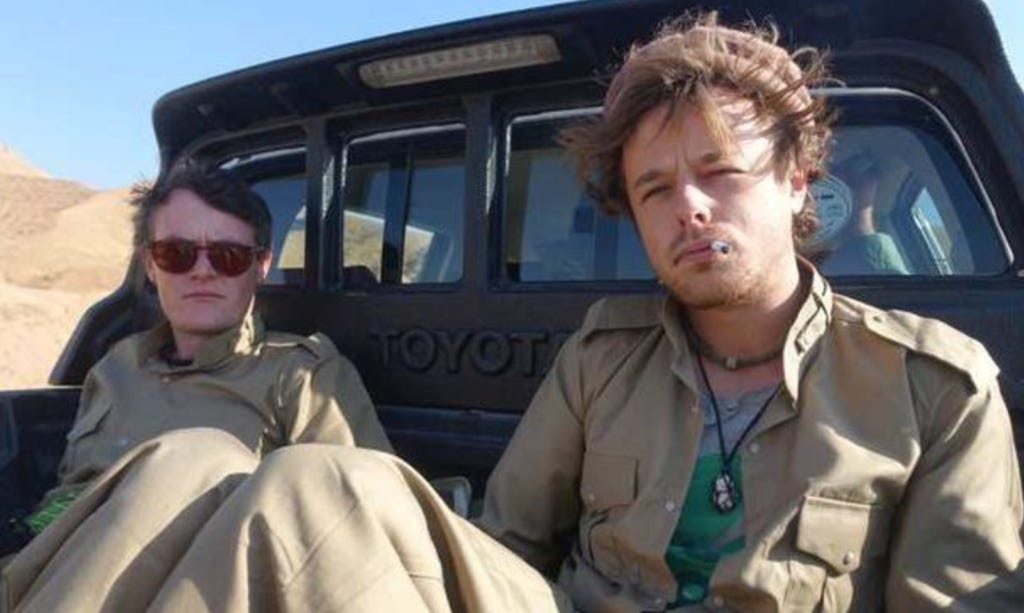 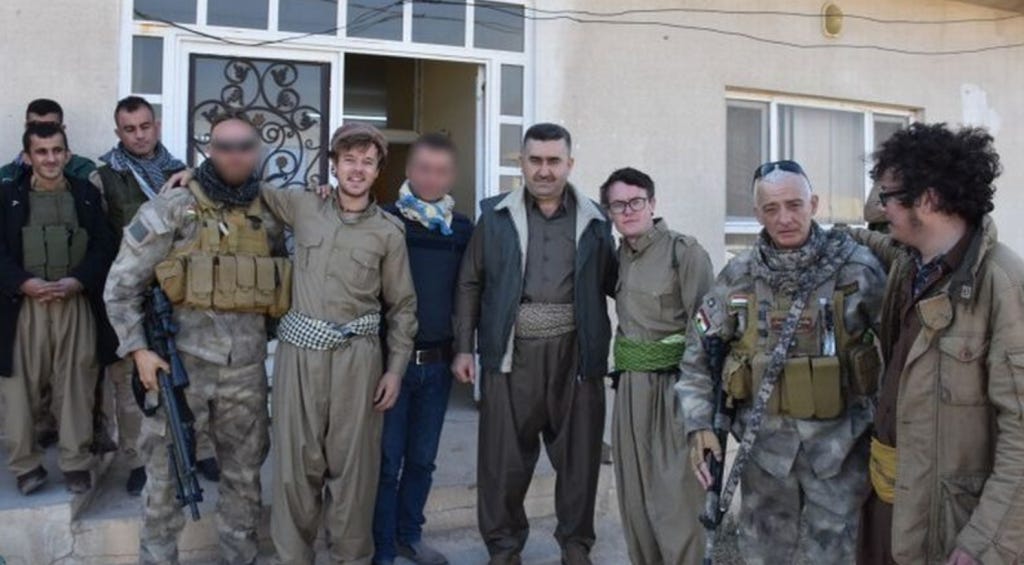 Mirror – Two Irish backpackers have found themselves on the front line of northern Iraq after receiving an invitation from a freedom fighter during a few drinks.

William Meara, 26, and Craig Reynolds, 24, were travelling across the Middle East for the past two months and befriended Kurdish fighters battling ISIS.

The Dubliners were taken to the notorious Daquq where the Peshmerga military force are based.

A late night drinking session led to the pair befriending a Canadian freedom fighter who is part of the group, The Irish Mirror reports.

Mr Meara told the Irish Independent: “He introduced us to his friend.

“The next morning he decided he’d invite us out and try to get us out on to the front line.

“We must have said something when we were out with him the night before and that’s how he got the idea.

“Before we knew it we were meeting all of these high-profile officials. There was a commander of the local area with us.

“It was absolutely terrifying to be honest. It was probably one of the scariest things I’ve ever done.

Okay first of all I don’t believe this actually happened. Like getting hammered drunk and making bad decisions is hardwired into every dude’s DNA, but striking up a conversation with someone and having it lead to you being on the front lines of Daquq with the Peshmerga is a little bit of a stretch.

But suspending disbelief for a second…this has got to be the worst way to wake up from blacking out ever right? I mean forget about missing your wallet. Forget about leaving your credit card at the bar. Forget about waking up next to a hard 4 who is 75 pounds overweight. Waking up on the front lines in Iraq face to face with fucking ISIS has gotta take the cake? That gives a little more added weight to the “I’m never drinking again” during your hangover. Like maybe it’s actually a solid idea to never drink again if it’s going to get you in the middle of a war zone getting rockets launched at you by Islamic State terrorists.

Cool story for your friends though, I’ll give you that. Definitely get a shit ton of likes on that Instagram.