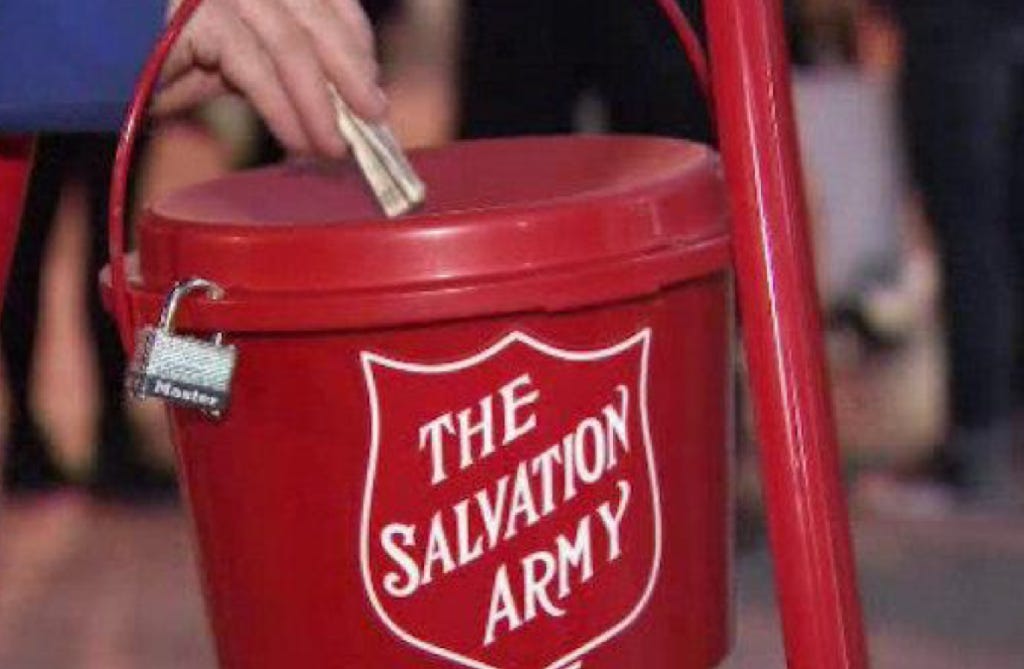 “The Christmas season often brings out the best in people,” said Lottery Executive Director Drew Svitko. “It’s heartwarming to hear stories such as this one, and I applaud this anonymous winner for turning their good fortune into an act of charity that will benefit the community.”

The prize-winning ticket for the Fantastic 10s instant game was dropped into a Salvation Army red kettle at a Walmart in Erie on December 6, 2016.

Absolutely hate this. Not because I’m anti-charity. I love charity. I’m the most charitable person I know. But because the lottery is the dream. The people’s hope. It’s why you wake up in the morning, get out of the shower even though it’s going to feel like the North Pole, and put on your working boots. So that one day you can buy a lotto ticket and make some money. Doesn’t matter how many lottery tickets you buy and fail on, it’s that one time you hit that makes it all worth it. And what did this person do? Slapped god across the face and donated the ticket to charity. To charity! And not just any charity, the charity of the people who stand outside stores and make you feel bad about all the money you just wasted on presents for yourself.

When it comes down to it, don’t play the lottery if you’re going to spit on the faces of everyone who has been trying to win for years. It’s just about the principle, man. The principle.

PS: Most importantly, if I’m that Salvation Army sap sorting through the money at the end of the night, I’m slipping that lotto ticket directly into my pocket. You don’t steal cash, but lottery tickets look just like trash, nobody would ever know. It is the season of giving, afterall, so it’s not stealing if it was donated to begin with.