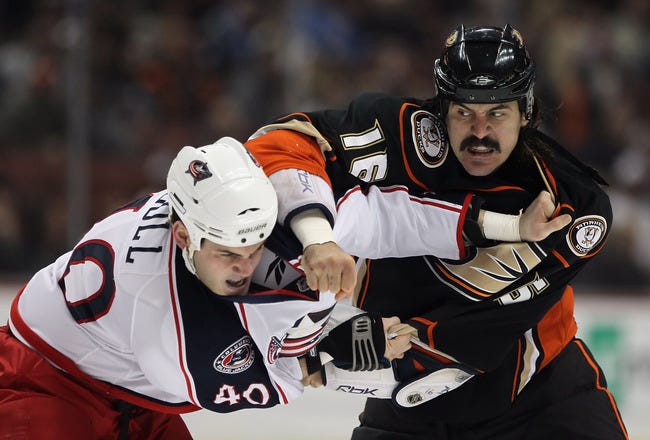 Puck Daddy – If the National Hockey League banned fighting tomorrow, just over half of NHL fans say that it would have no impact on their viewership of NHL games, according to a new Yahoo Sports/YouGov poll. 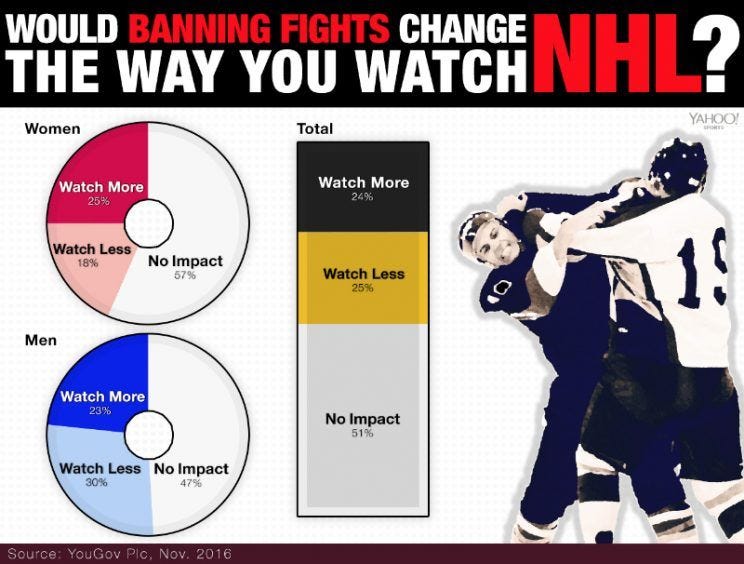 I realize we just learned over this last election cycle that polls are essentially meaningless. That the nerds who conduct these polls are just as useless as the nerds who answer them. With that being said… just what in the fuck is going on here people? There are actually human beings out there in the world who don’t just think a ban on fighting would have no impact in the way they watch the game, but think that no fighting would make them watch more? Somebody needs to shove a goalie stick up these peoples’ ass and maybe drop the gloves with them, too, while you’re at it.

I know that fighting in the NHL has been on a steady decline ever since Obama has been in office. It’s sad, but that’s just the reality of things. Too many dorks working for organizations now who are trying to turn this into a league of drones. The good news is it appears we’re reaching a tipping point with how god awful the Panthers have been since firing Gerard Gallant and letting their calculator boys run the ship down there in Florida. But the fact remains that teams are prioritizing CORSI and Fenwick over HEART and Passion these days. I just didn’t realize the nerdification of hockey has gotten so out of hand that only 25% of people have the courage to say they’d watch less NHL hockey if there were no fighting. And the reasons people don’t want to see fighting in hockey are equally as preposterous. 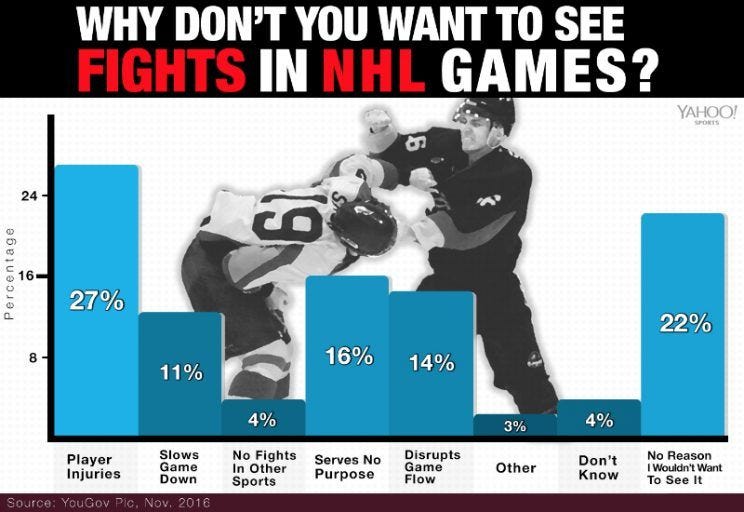 Now I’ll admit that ‘Player Injuries’ isn’t the worst reason ever. Not for guys like Max Domi who broke his hand fighting the other night and has to miss a few weeks after getting surgery. But we’ve lost a lot of good men in this league because fighting every night screwed with their brain. So that point is valid. But the people who think that fighting serves no purpose or that it disrupts the game flow? Well those people are fucking idiot bozos who have obviously never even put on a pair of hockey skates in their life. Fighting serves no purpose? Get the fuck out of here, Landon. Fighting is what makes hockey the greatest game in the world. It’s what keeps you coming back for more. Your team is down 3 goals in the 3rd period, all you need is somebody to drop the mitts and all of a sudden that adrenaline and momentum rush propels your team to complete the comeback. It allows guys to self police themselves out there. If some scumbag rat like Antoine Roussel is running around taking shots at guys, then he’ll have a guy like Wayne Simmonds using his face as his personal punching bag a few minutes later.

Fighting may be at it’s lowest point ever in the history of the game, but it’s not going anywhere. The late great philosopher Pat Maroon once said, “this is a man’s game”. And what do men do? We fight. We’ve been fighting since the dawn of time and that’s never going to change just because a bunch of pussies are like “meh, idk, I just don’t want to see guys fighting during a hockey game, it’s barbaric, yada yada yada, where’s my tea?”.  Anyway, now I’m the one who is triggered so let’s just watch a bunch of hockey fight videos to get the taste of nerd out of our mouths.