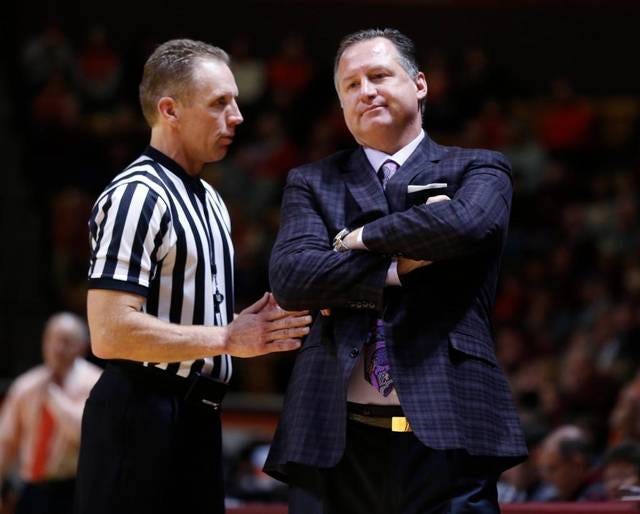 Heading into every college basketball season we hear about these points of emphasis. First off they usually make no sense, make the game brutal for the first two weeks of the season and then refs stop worrying about it because they adjust to the players instead of the players adjusting to the new rules.

I sat down with Sam Vecenie last night to talk some college hoops (check it out here) and we started talking about rule changes that need to happen in college basketball. Obviously, I love the sport now, but it can be an even better product. Don’t get me wrong, college basketball is in a great spot this year with the programs that are relevant and the type of talent across the country. But, it can be a more enjoyable sport for viewers and even a better product than it currently is. There are simple things that just enhance the game. These are the changes I think college basketball needs to make. Let me know yours @barstoolreags

Change from 5 fouls to 6 fouls: This is the biggest debate in college basketball right now and personally I don’t see it as one. There’s absolutely no reason to leave it at five fouls. The way the game is officiated (rather poorly and inconsistent) to how athletic these guys are, it’s time for this to change. The only two reasons people give me to keep it at 5 fouls is the NBA is 48 minutes therefore you get 1 foul per 8 minutes and to teach defense without fouling. Both are beyond dumb. If you believe that first one, do you believe high school basketball should go to four fouls because it’s 32 minutes? On top of that, don’t you want to see the best players on the court longer? Too many times games are decided by who has the better 8th or 9th man. That’s not entertaining. The argument that ‘there will be more fouls?’ is also a little absurd. You’re talking at most one or two more fouls committed per game and again that will be by better players. This needs to be the first change college basketball makes.

Go to 4 Quarters: This helps with the flow of the game and just makes the game more common. Right now there’s no other game in the world that plays 2 halves instead of 4 quarters. This will cut down on a TV timeout and cut the time of the game by a couple minutes. Going with 4 quarters is this:

No More 1-and-1: With the 4 quarters, you adapt the NBA rule of shooting two fouls after a team hits five fouls per quarter. The 1-and-1, again, doesn’t make any sense. What is the advantage of this for the offense? Why is there a semi-penalty for just three fouls? Just go to the two free throws and again this will help with flow of the game. You’re not stopping the game to shoot a 1-and-1 anymore.

#BanTheCharge: This is a movement that’s been going on in college basketball twitter for quite some time now and really led by Mark Titus.  Sam Vecenie had a NBA executive who presented it as such: no charge calls if a player is in the air. Again, it’s extreme, but makes sense. There’s a difference between an offensive foul (chicken wing, push off, etc) than rewarding a guy for falling down. Too many times we see a player get the call for holding his nuts and hitting the floor before a player even touches him. This takes that away. It’s really the helpside defender we want to get rid of, who has no play on the ball. He slides over and just stand there covering his junk. Whether that’s instituting the defensive 3 second rule or something crazier, it needs to be tweaked. We want more scoring, this helps.

The 10-Second Backcourt Doesn’t Reset on a Timeout: This is more of a personal thing that drives me wild. A team busts its ass on defense for 9 seconds, then a timeout is called, which resets the 10-second backcourt clock. That shouldn’t happen. Timeout or not you have 10 seconds to get the ball over halfcourt. Maybe don’t suck offensively and this won’t happen.

No Live Ball Timeouts: This does go a little hand-in-hand with the 10 second rule. It also eliminates coaches from getting in their own way (yes, coaches can’t physically call the timeout anymore, but them screaming timeout to have their PG pick up the dribble at halfcourt and call it is the close to the same). Again, NBA executives have said this tends to hurt teams more than it helps when it comes to late-game scenarios. When the ball is play, you can’t get bailed out with a timeout and you can’t disrupt the flow of the game. Again, this is more for the viewer as well so you’re not hit with another stoppage of play. FIBA currently has this rule and it’s magnificent.

Continuation is Okay: It makes no sense why there isn’t continuation in college basketball. It’s a common sense type call. If a guy gets fouled as he’s bringing the ball up to go into his shot, that shouldn’t be on the floor. Continuation rewards guys like Josh Hart who is more of a ‘floor’ type player and yamming on dudes. Reward the offense for making a play.

No More Position Awards: Again, this is my movement to get rid of people calling players ‘PG, SG, SF, PF and C or 1,2,3,4,5’ those aren’t things anymore. There are four positions in basketball now: Point, Wing, Stretch and Post. Rename the position awards those and stop trying to figure out if someone is a shooting guard or small forward.